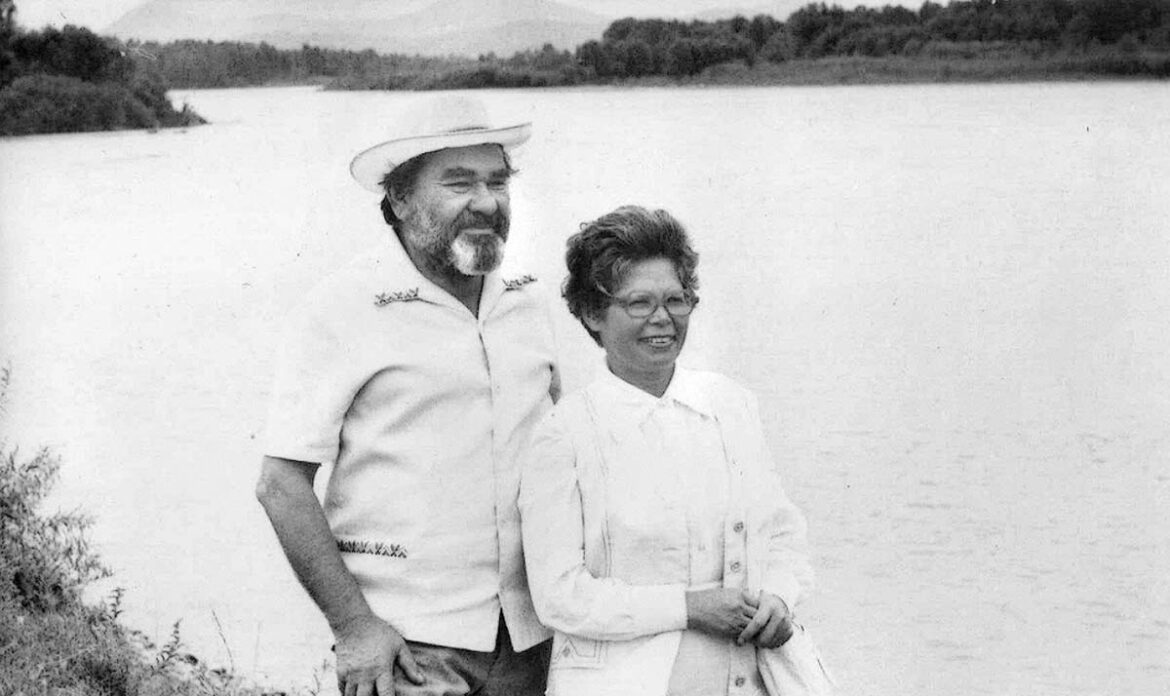 Mykola and Raisa Rudenko in 1987. Photo taken while they were in exile in the Altai region of the Russian SFSR.

Former Ukrainian dissident Raisa Rudenko has died in Kyiv after an unsuccessful operation. Ms. Rudenko, who in a month would have turned 81, was the wife of Mykola Rudenko, a founder of the Ukrainian Helsinki Group who died in 2004, and acted as secretary for the group. Like her husband and essentially all members of the UHG, she paid for her commitment to freedom and human rights with years of imprisonment in the USSR’s political labor camps and forced exile.

Raisa Panasivna Kaplun was born on November 20, 1939, in Dnipropetrovsk Oblast. Her grandparents on both sides had been victims of Stalin’s campaign against so-called “kulaks” (more successful peasants), and her father was killed in World War II when she was still very small. The young girl had an accident in childhood that left her in a coma for a long time.

She moved to Kyiv in 1957 to care for her ailing uncle, while both working and studying in night classes. In 1968 she entered the external department of the Kyiv Institute of Culture and the following year met Rudenko, whose literary works she had been employed to type.

Rudenko was a war veteran, and had long made a name for himself as a writer and poet. He was a member of the Union of Writers from 1947 (as well, at that stage, a member of the Communist Party). Although he first spoke out against the system in 1949 during an attack on Jewish writers (for their alleged “cosmopolitanism”), it was Nikita Khrushchev’s denunciation of the “cult of Stalin” at the 20th Congress of the Communist Party of the Soviet Union in 1956 that served as a jolt and eye-opener for the young writer.

He was to date his “dissidence” from a speech to the Union of Writers in 1957, when he accused Soviet officialdom of a policy of Russification of Ukraine, of having created a cult around Stalin and its possible revival. By 1960 he had begun to understand that the rot in the Soviet system could not be attributed solely to a paranoid sadist like Stalin, but to, among other things, failings and errors in Marxist theory.

By 1972, shortly after Rudenko and Raisa Kaplun married, his books could no longer be published in the Soviet Union. He was expelled from both the Union of Writers and the Communist Party, and was forced to find work as a night watchman.

Rudenko became involved in human rights work from the early 1970s and was in contact with Moscow-based dissidents; he was also a member of the Soviet section of Amnesty International. He was first arrested on April 18, 1975, but, because he was a war veteran, was released in an amnesty marking the 30th anniversary of victory over Nazi Germany. 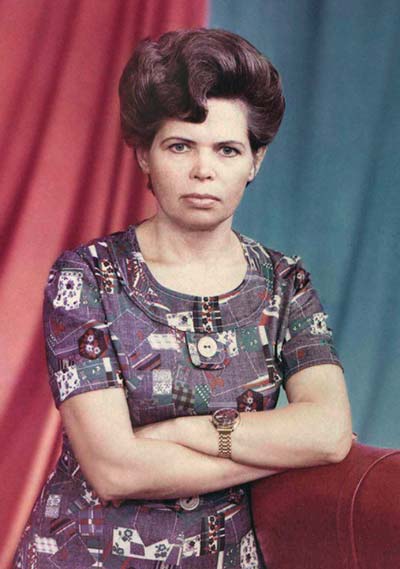 It was Rudenko and Oles Berdnyk who first raised the possibility of creating a Ukrainian Helsinki Group with 75-year-old Oksana Meshko. The conversation needed to be held outdoors as it could be safely assumed that her home, like theirs, was bugged. On November 9, 1976, those three, Petro Grigorenko, Ivan Kandyba, Levko Lukianenko, Myroslav Marynovych, Mykola Matusevych, Nina Strokata and Oleksa Tykhy announced the formation of the Ukrainian Helsinki Group, which sought to hold the Soviet Union to the Helsinki Accords it had signed in 1975 but had no intention of observing.

It was Raisa Rudenko, as permanent secretary to the UHG, who typed all of the group’s documents. She was not one of the signatories, as her husband hoped this would at least ward off her arrest, since somebody needed to be at liberty and be able to pass on information.

Mykola Rudenko was arrested on February 5, 1977, and sentenced a few months later to seven years’ harsh-regime labor camp and five years’ exile. He was charged with “anti-Soviet agitation and propaganda.” In the first years, Ms. Rudenko was able to visit her husband in the camps, and she managed to smuggle out his poems and information about the political camps, which were passed to the West by Andrei Sakharov and his wife, Yelena Bonner.

The authorities came for Raisa Rudenko on April 15, 1981. She too was charged with “anti-Soviet agitation and propaganda,” and in August that year she was sentenced to five years’ harsh-regime labor camp and five years’ exile. The imprisonment was served in the women’s unit of the political labor camps in Mordovia.

After their release in October 1987, the Rudenkos were still prevented from returning to Ukraine, where they would, in any case, have had nowhere to live, as their flat had been confiscated after Ms. Rudenko’s arrest. From Moscow, they left for Munich in December 1987, and the following year moved to the New York area. Mykola Rudenko worked for Radio Svoboda, while Raisa Rudenko became a member of the editorial staff of the newspaper Svoboda, then located in Jersey City, N.J.

As the Soviet Union was on its last gasps, in 1990 Mykola Rudenko was “rehabilitated” and had his Soviet citizenship reinstated. He returned to Ukraine in September 1990, meaning he was there when independence was declared on August 24, 1991. Unfortunately, Raisa Rudenko returned only after the Soviet Union collapsed, in September 1991, and lost her right to Ukrainian citizenship as she had not been living in the country. The couple had enormous difficulty getting permission for her to remain in her native Ukraine.

Mykola Rudenko received several major awards in independent Ukraine, including the Shevchenko Prize for Literature. He died in Kyiv on April 1, 2004. His wife edited his enormous literary legacy and was also the secretary of the Serhiy Podolinsky Scholarly Society, created on Rudenko’s initiative in 1999.

In 2016, Raisa Rudenko received a state award for services to Ukraine.

She was laid to rest on October 5, next to her husband.

EDITOR’S NOTE: Raisa Rudenko joined the editorial staff of Svoboda, published by the Ukrainian National Association, shortly after her arrival in the United States, and was on the staff for 10 years, 1988-1998. In the early 1990s, she served as the newspaper’s Kyiv correspondent.