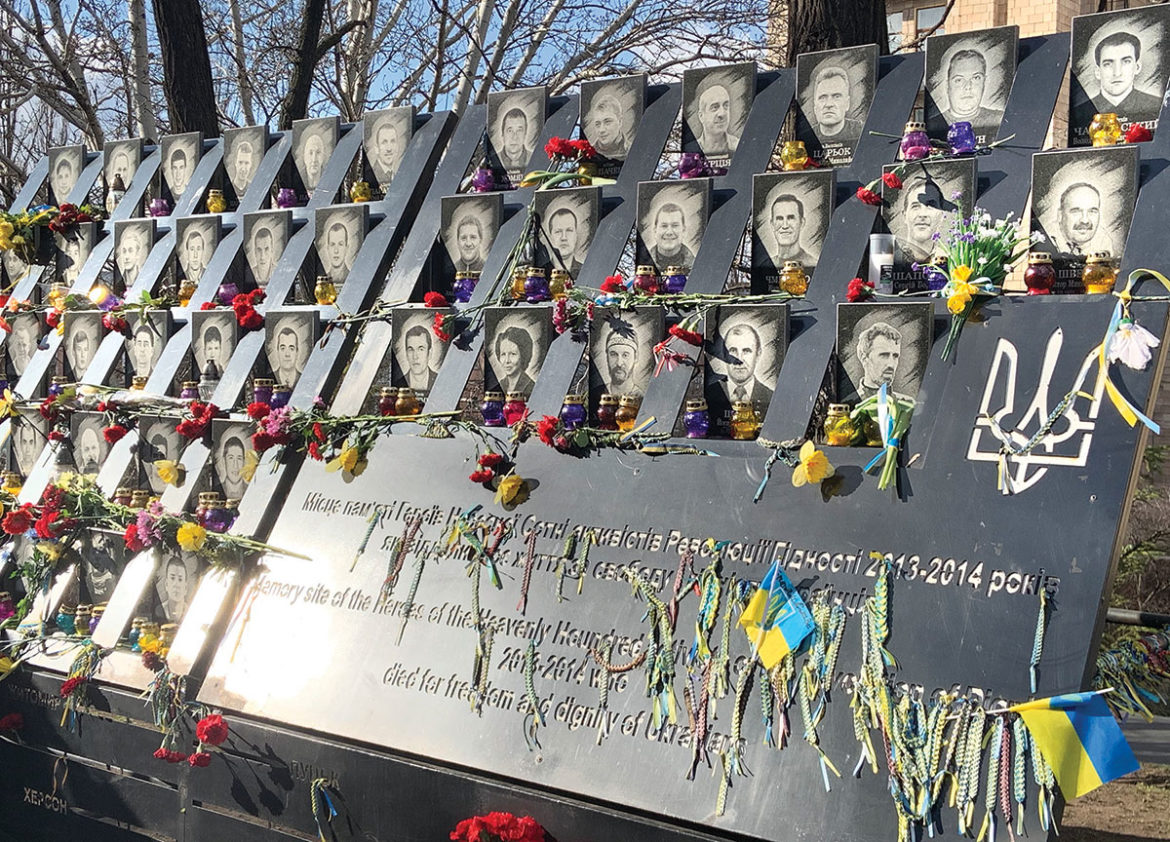 A memorial to the Heavenly Hundred in Kyiv.

The following press statement was issued by the Ukrainian World Congress on February 20.

On February 20, 2020, Ukrainians around the world unite in honoring the memory of the peaceful unarmed protesters remembered as the Nebesna Sotnia heroes [Heavenly Hundred] who were brutally massacred in the center of Kyiv while defending the freedom, dignity and European aspirations of the Ukrainian people.

The tragic events that unfolded on Independence Square six years ago on February 18-20 launched a new era in the modern history of independent Ukraine which was, once again, forced to defend its sovereignty, democracy and territorial integrity from a foreign aggressor. Unsuccessful in its attempt to subdue the Ukrainian people, the Russian Federation illegally occupied the Crimean peninsula and the city of Sevastopol, and invaded the Donetsk and Luhansk oblasts of eastern Ukraine.

Today, the Ukrainian people continue on the path of reform and Euro-Atlantic integration, and remain committed to the principles and values for which the Nebesna Sotnia heroes paid the ultimate price on those fateful days in February.

The Ukrainian World Congress and the 20-million strong Ukrainian diaspora it represents honor the memory of the Nebesna Sotnia Heroes and call for the perpetrators of this crime to be brought to justice.

Consistently supporting this demand in appeals and meetings with representatives of Ukrainian and international institutions, we call upon the international community to acknowledge the Revolution of Dignity – one of the key moments in Ukrainian nation building and the expression of the national idea of ​​freedom – as a historical event and to not succumb to the provocations of Russian disinformation that aim to discredit.

During those turbulent and bloody days of 2014, Ukraine proved that it was worth courageously defending its dignity and freedom. And today, daily combating the hybrid aggression of the Russian Federation, the Ukrainian people continue to defend the values ​​for which the Nebesna Sotnia Heroes gave their lives – dignity, democracy, equality and the rule of law.

“May the sacrifices of the Nebesna Sotnia Heroes, all Heroes of the Revolution of Dignity and the brave defenders of Ukraine serve as a constant reminder of the fragility of peace, human rights, rule of law and security,” stated UWC President Paul Grod. “Their faith and conviction in the inalienable right of the Ukrainian people to a dignified life in freedom must continue to inspire each and every one of us to work toward the final triumph.”