CHICAGO – Roman Michael Zavadovych, 78, of Chicago passed away at home, after a long illness, on August 1. He was 78. He lived a life dedicated to his family and friends, and was a voracious proponent of community service. 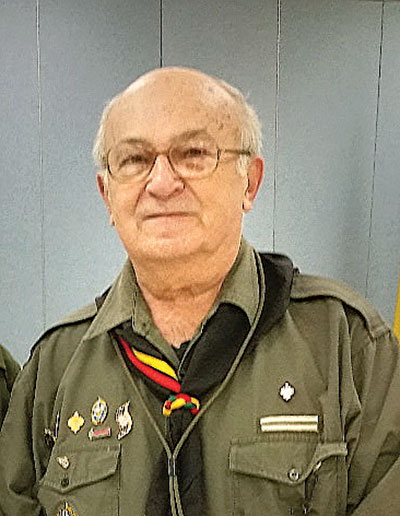 The son of the late Hanna and the well-known Ukrainian poet and writer Roman Zavadovych, Sr., he was born on May 31, 1941, in Zolochiv, Podillia, Ukraine. He was the husband of 50 years to Natalia (Horalewska) and loving father to daughter Ruslana.

The Zavadovych family immigrated to the United States after World War II, via various refugee camps in Germany, arriving in Chicago in 1949.

The family assimilated into their new Ukrainian community and Roman began attending elementary classes at St. Nicholas Ukrainian Catholic School in Chicago, followed by St. Mels Catholic High School. As a young man, Roman loved sports, especially track and field, and would compete on the track team in high school.

His love of art and his creativity ultimately led him to a career as a graphic artist and designer for the City of Chicago. In addition to his professional work for the city, Mr. Zavadovych would donate countless hours in designing posters, invitations, letterheads, certificates, commemorative books and even tombstone engravings for varied organizations and friends. His generosity and dedication to the community, family and friends knew no bounds.

Mr. Zavadovych was an active member of the Ukrainian community in Chicago, and he belonged to myriad Ukrainian organizations. He was president of the school board at St. Nicholas School and he was a board member at the Ukrainian National Museum, to name just a few of his community roles.

But his real passion was Plast Ukrainian Scouting Organization. Mr. Zavadovych was a member of the Vovkulaky Plast fraternity, in which he was instrumental in creating its code of honor as well as by-laws. Over the years, he held many challenging leadership positions in the Chicago branch of Plast as well as pivotal positions in the leadership of Plast’s National Board in the United States.

He was the president of the Chicago branch of Plast for many years, up until his passing. During his tenure he organized numerous scout camps, jamborees, celebrations and commemorations. He was a scout and a public servant at heart, who always did his job with integrity. For his long and dedicated career in Plast he received the St. George Medal in Gold – the highest honor bestowed on a member by the Plast leadership.

During the final memorial service at the Muzyka Funeral Home in Chicago, amongst several beautiful eulogies, a tribute from the national Plast leadership was read: “Service and serving others was just such a critical part of who Roman was. He worked tirelessly to instill in future generations, through his work in Plast, the need to give back to the community. He will be missed!”