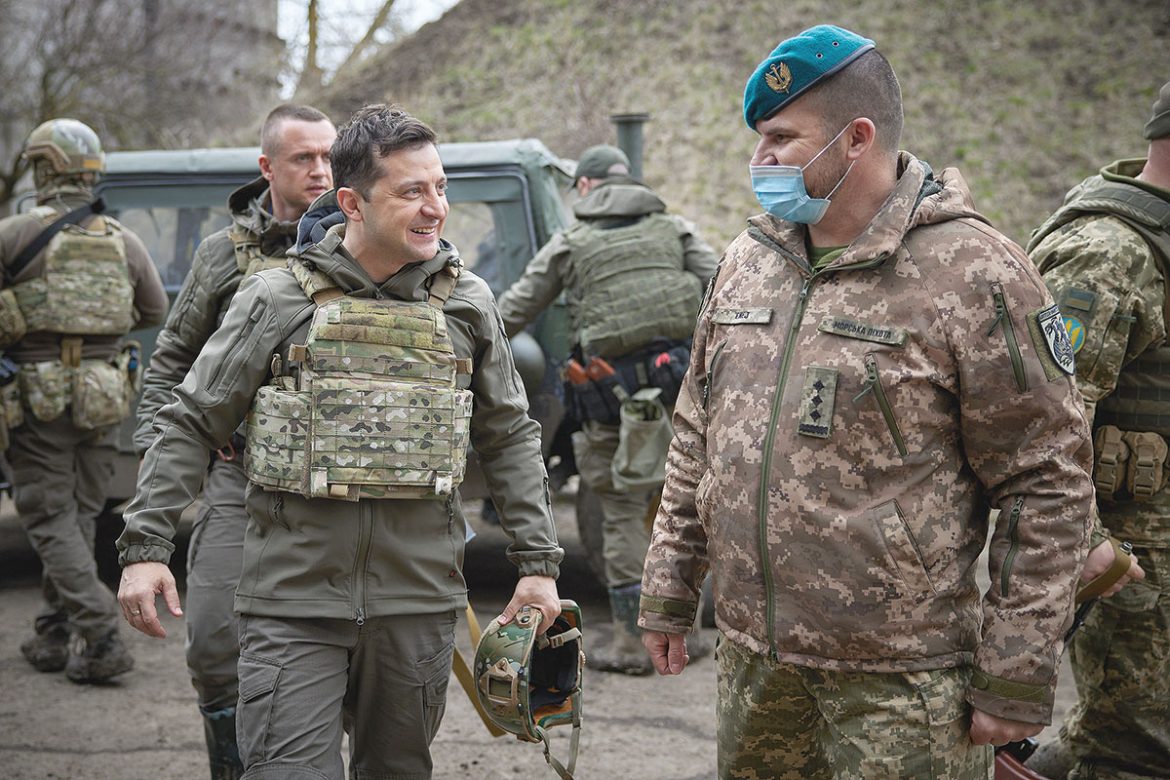 Ukrainian President Volodymyr Zelenskyy during a working visit to the war zone of Donbas on April 8.

Ukrainian President Volodymyr Zelenskyy during a working visit to the war zone of Donbas on April 8.

The official visit comes just days after Ukrainian Defense Minister Andriy Taran announced that Russia will by April 20 have 110,000 soldiers deployed near the country’s border less than a week after the Ukrainian president visited Istanbul for talks on the security situation with Turkish counterpart Recep Tayyip Erdogan.

Both presidents signed a 20-point declaration, which included calls to end the “illegal, illegitimate annexation of Crimea, a former Ottoman dominion that is home to the Muslim Tatars, by the Russian Federation” and the “de-occupation” of the Donbas where forces Russia commands, controls, supplies and fights besides, has waged a war since April 2014.

More than 14,000 people have been killed in the war, with the latest mortal casualty taking place on April 13, when 40-year-old Oleksiy Mamchiy of the 10th Mountain Assault Brigade was killed near the town of Mayorsk in the Donetsk region.

Russia for weeks has amassed significant ground, air and maritime forces to Ukraine’s south in Crimea, as well as in the east and north. An additional force of 35,000 military personnel is estimated in the occupied parts of the easternmost Luhansk and Donetsk regions and 40,000 in the Crimean Peninsula.

Ukraine’s military intelligence said air support for the deployed troops is provided by about 350 aircraft and up to 250 helicopters. From sea, a fleet of 40 warships, boats and two submarines provide additional support.

Turkey has in addition supported Kyiv’s ambitions to join NATO, of which Ankara is a member. Ukraine produces engines for the Turkey’s armed Bayraktar TB2 drones. Ukraine purchased 12 of the unmanned aviation vehicles in 2018 and is seeking to acquire up to 50 more.

“Turkey strongly defends the unity and sovereignty of Ukraine,” Mr. Erdogan said in Istanbul after talks. “The current crisis in the east of Ukraine around Donbass [sic] should be resolved [using] peaceful and diplomatic ways.”

Open-source media sleuths have identified a new Russian military camp in Voronezh Oblast where Iskander ballistic missiles were spotted. Those missiles have an operational range of 500 kilometers.

“There are indeed field hospitals, signals units, electronic warfare, air defense, MTO combat service support units involved,” Michael Koffman, a senior fellow at the Washington-based Center for New American Security, tweeted. “It appears to be a coercive demonstration, but the chance that it is not remains significant. It is too early, and overly optimistic, to assume the situation will de-escalate.”

In a phone call on April 13, Mr. Biden offered to meet with Russian President Vladimir Putin for a summit to discuss disputes and told his counterpart to reduce tensions over Ukraine. The same day, NATO Secretary-General Jens Stoltenberg also called on Moscow to “stop its pattern of aggressive provocations.”

U.S. media reported that as early as April 15 Washington would impose additional sanctions on Russia and expel 10 diplomats for election interference and hacking the computer infrastructure of government agencies, institutions and more than 100 private companies.

“A U.S. intelligence community assessment concluded with a high degree of confidence that President Vladimir Putin and the Russian government authorized and directed an effort to influence the election,” Radio Free Europe/Radio Liberty reported.

Kremlin spokesman Dmitry Peskov said in a conference call on April 15 that it is “premature” to speak of de-escalation of tensions with Ukraine after the U.S. cancelled sending warships to the Black Sea.

“For the moment, the situation is quite tense,” he said while adding that the impending sanctions “wouldn’t facilitate” a summit meeting between Messrs. Biden and Putin.

At the Vienna headquarters of the Organization for Security and Cooperation in Europe (OSCE), the U.S. mission said this week that Russia has not provided convincing information for its troop buildup.

“To our knowledge Ukraine has taken no step that could be viewed as provoking such a response,” the U.S. mission to the OSCE said on April 14. “We again call on Russia to explain the size, composition and purpose of this activity.” 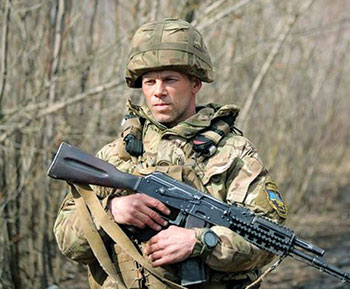 A Ukrainian soldier originally from Siberia identified as Yevheniy by the military serving near the front line in eastern Ukraine on April 12.

And the group of seven (G-7) industrialized nations, of which the U.S. is a part, stated that Russia’s “large-scale troop movements, without prior notification, represent threatening and destabilizing activities.”

Russia allegedly has avoided dialogue with Ukraine over the concentration of troops, Mr. Zelenskyy’s spokeswoman said earlier in the week.

“The Kremlin, of course, has the request to talk to Vladimir Putin. We haven’t received a response so far and very much hope that it’s not a refusal of dialogue,” Iuliia Mendel, the president’s spokesperson, told The Associated Press. The request was sent on March 26 when four Ukrainian soldiers were killed in a mortar attack in the east, she added.

Back at the OSCE headquarters, Russia refused to send a delegation to attend a special meeting that Ukraine called on April 11 to defuse the tensions.

In a tweet, the U.S. mission to the OSCE said: “We regret that Russia did not avail itself of this opportunity to address concerns and reduce risks.”

France and Germany, both countries that have taken part to broker two peace agreements to mitigate the war in the Donbas, also expressed disappointment.
Russia has been a member of the OSCE since 1973.

Still, Ukrainian officials fear that Russia could renew a high-intensity war as the number of troops near Ukraine’s border is the highest since 2014 when Moscow seized Crimea and subsequently invaded eastern Ukraine.