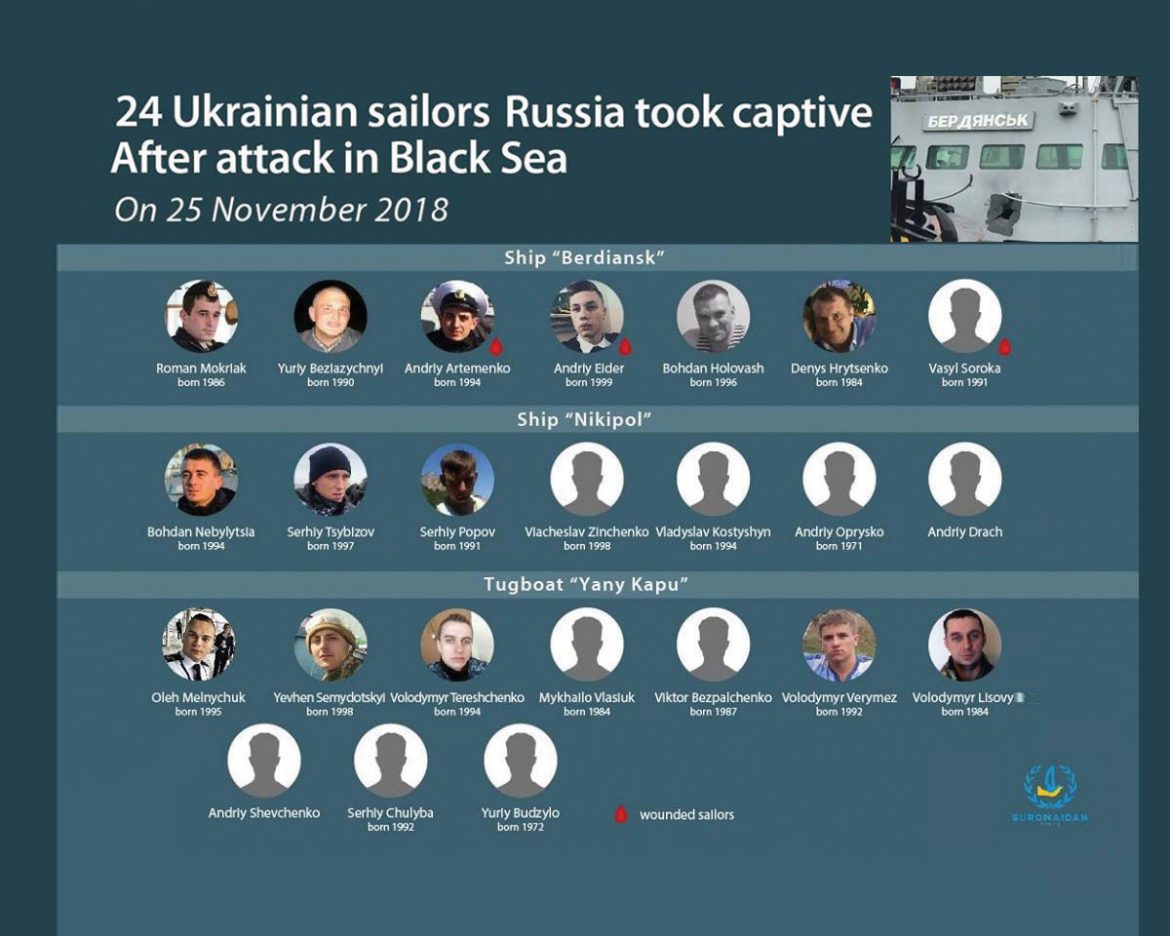 Infographic by Euromaidan Press about the 24 servicemen being held by Russia.

KYIV – A Moscow court on May 27 denied an appeal by eight Ukrainian navy crewmen to be freed despite a United Nations tribunal ruling two days earlier that ordered Russia to free 24 Ukrainian seamen who have been detained for six months.

A majority of 19 to 1 judges of the International Tribunal for the Law of the Sea in Hamburg ordered Russia to “immediately” release the 24 Ukrainian servicemen who were taken captive aboard three ships in shared waters of the Black Sea on November 25, 2018. Twenty-two of the prisoners are navy personnel and two are Security Service officers. The tribunal also said Moscow must return the three impounded vessels.

Russian judge Roman Kolodkin was the lone opposing vote in four decisions of the U.N. tribunal, according to the Kharkiv Human Rights Protection Group. Moscow has charged the seamen with “aggravated illegal crossing of the state border of the Russian Federation.” If found guilty, all 24 face a maximum sentence of six years in prison.

Kyiv says they were illegally taken prisoner. No Kremlin representative attended the tribunal hearings in Germany.

Ukrainian Deputy Minister of Foreign Affairs Olena Zerkal, who represented Kyiv in Hamburg, said on Facebook that the order “is a clear signal to Russia that it cannot violate international law with impunity.”

She continued: “The seizure of three naval military vessels and the 24 servicemen on board was a flagrant violation of the immunity which military vessels enjoy in accordance with the U.N. Convention on the Law of the Sea and general international law.”

President Volodymyr Zelensky welcomed the tribunal’s ruling in a statement on the presidential website. He said Russia can “make the first step towards unblocking negotiations and resolving the problems it created in a civilized way.”

More than 13,000 people have been killed and 1.5 million have been displaced in the Russo-Ukrainian war that started in February 2014.