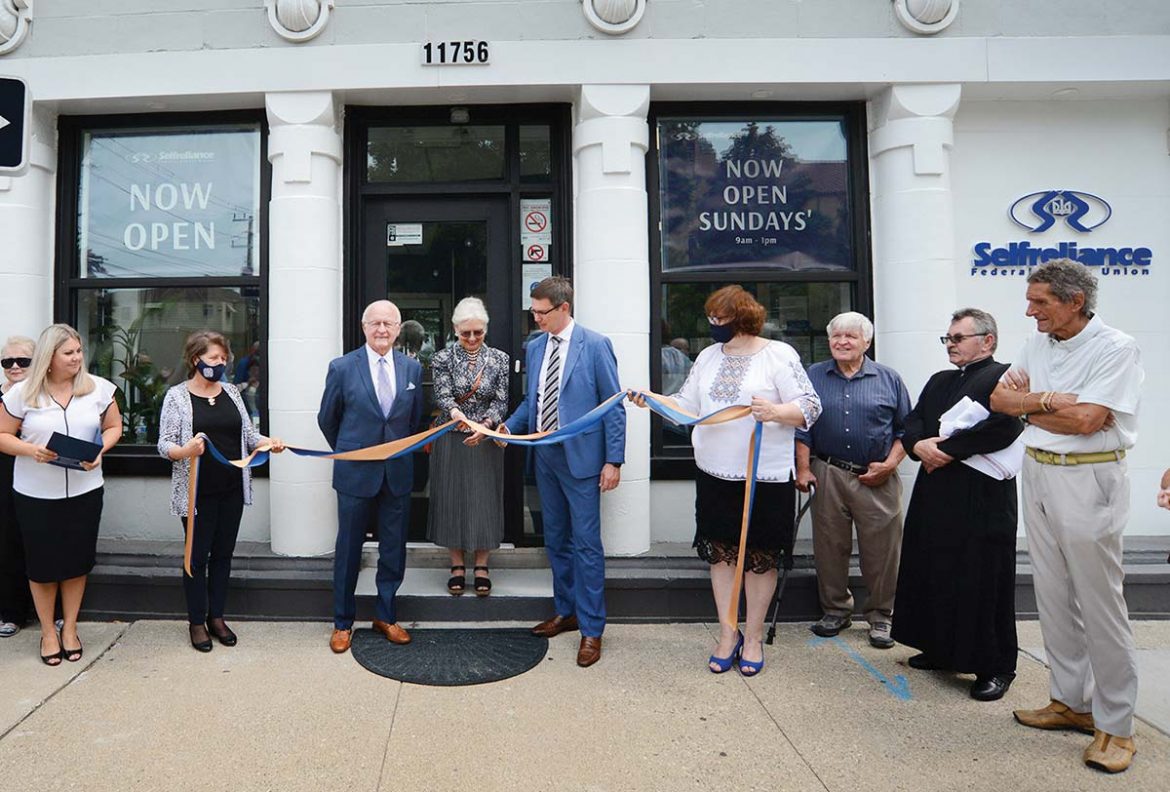 Hamtramck, Mich., Mayor Karen Majewski (center), cuts a ribbon to open a new Selfreliance Federal Credit Union branch together with SFCU Chairman of the Board of Directors Oleh Karawan (to the left of Ms. Majewski) and SFCU President and CEO Vitaliy Kutnyy (to the right of Ms. Majewski).

Hamtramck, Mich., Mayor Karen Majewski, together with SFCU’s Chairman of the Board of Directors Oleh Karawan and President and CEO Vitaliy Kutnyy officiated at the ribbon cutting ceremony.

With the assistance of gathered clergy, Bishop Benedict Aleksiychuk of the Ukrainian Catholic Eparchy of Chicago blessed the new premises on August 8. Consul General of Ukraine in Chicago Serhiy Koledov also spoke at a reception following the ceremony. 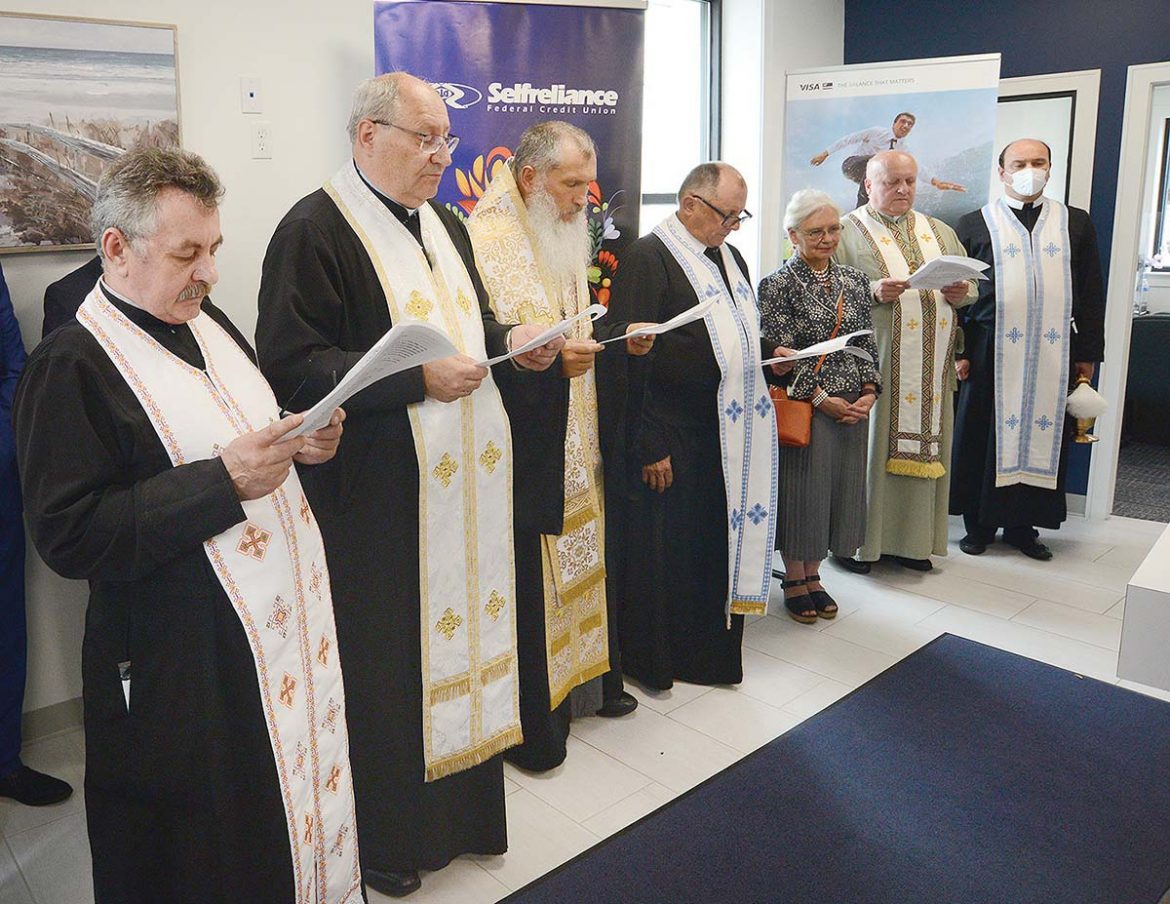 Together with local clergy and faithful, Bishop Benedict Aleksiychuk of the Ukrainian Catholic Eparchy of Chicago (third from the left) led a blessing of the Selfreliance Federal Credit Union’s new branch on August 8 in Hamtramck, Mich.

Ms. Majewski, in her congratulatory remarks, expressed her delight that the building in which the new SFCU branch office is located would remain in Ukrainian hands, and would solidify the Ukrainian presence in the town, which has been a cradle of the Ukrainian community in greater Detroit since the arrival of Ukraine’s post-World War II immigrants.

The mayor also said the city council had approved naming the district the Ukrainian Heritage Village, and that the street on which the SFCU branch is located will be named Honorary Shevchenko Street.

The Rev. Daniel Schaicoski, OSBM, administrator of Immaculate Conception Schools in Warren, Mich., thanked SFCU in particular for their assistance in completing the application process for the loans which enabled the school to keep its staff employed. He also thanked the Selfreliance Foundation for its continuing financial support of the school.

Mr. Koledov congratulated SFCU on enhancing the credit union’s footprint in the Detroit area with the opening of its new branch. He commended the credit union’s leadership for its financial stability and support of various community institutions.

Mr. Kutnyy commented on the credit union’s longevity and success. In 70 years, SFCU has grown to include 24,000 members and nearly $800 million in assets, with 120 employees in three states.

“What has not changed is that we continue to be actively involved in the growth of our community, in the building and support of churches, museums, youth organizations, etc.,” Mr. Kutnyy said.

In distributing checks in support of Ukrainian churches in greater Detroit, Mr. Kutnyy reminded those present at the ceremony that the contributions would not be possible without the ongoing support of credit union members.

“It is you, our members, who make these donations possible. The more you use our services, the more profitable we are, and the better we can serve our community,” he said.

Mr. Kutnyy also praised the founders of Future Credit Union, which merged with SFCU. Those founders were also community oriented and supportive of its institutions. SFCU will continue to actively seek opportunities to enhance its presence and support of the community in and around Detroit.