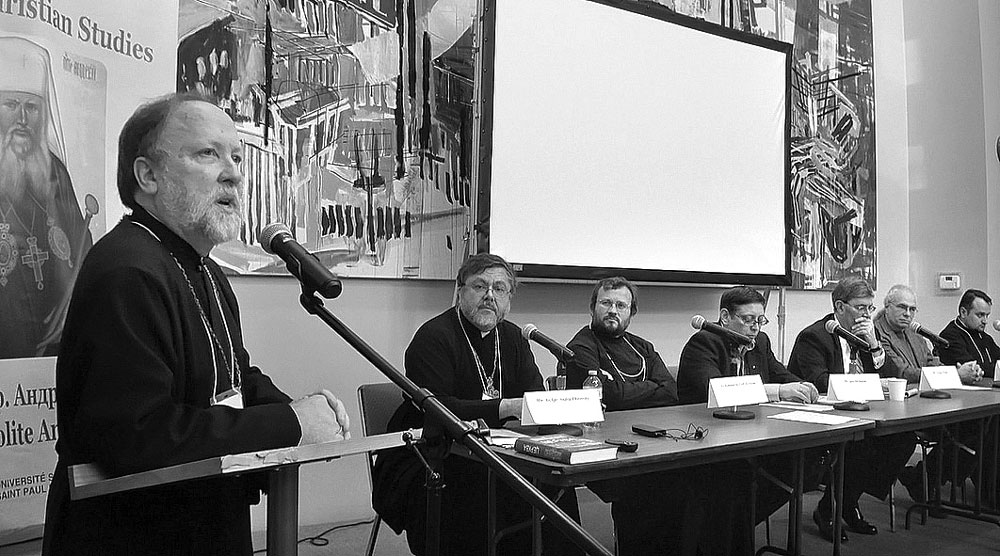 OTTAWA – The Sheptytsky Institute of St. Paul University in Ottawa sponsored an international conference at the University of St. Michael’s College in the University of Toronto. The conference “Religion in the Ukrainian Public Square: An Analysis of the Euro-Maidan and Its Aftermath” brought together scholars of Orthodox, Greco-Catholic, Roman Catholic and Jewish backgrounds.

Observers have noted the prominence of religious figures and practices during the uprising that began in Kyiv last year. More striking has been the thoroughly ecumenical and interfaith dimension of this religious presence. The presenters analyzed this phenomenon and reflected on possible future trends in the Ukrainian religious and political scene.

The high point of the conference was the lecture by the renowned public scholar George Weigel, the author of more than 20 books. Mr. Weigel is the famous biographer of Pope John Paul II and a frequent commentator regarding Catholicism on network TV. He stressed the importance of Westerners learning from the Maidan and, conversely, Ukrainians learning from the experience of the West.

The conference was a fitting follow-up to a May 2 Sheptytsky Institute event at which Patriarch Sviatoslav of the Ukrainian Catholic Church spoke of the under-reported religious dimensions of the Maidan and noted how the movement had been transformed from a pro-European protest into an incubator of human dignity. He said that religious leaders of various Christian communities, as well as Jewish rabbis and Muslim imams, led the people in prayer and the transformations that occurred on Kyiv’s Maidan.

On October 17-18, the Sheptytsky Institute sponsored another international conference at the University of Toronto. This one marked the 50th anniversary of the Second Vatican Council’s Decree on the Eastern Churches. Five plenary lectures were each followed by three papers for a total of 18 presentations.

Catholic and Orthodox scholars reflected on the continued relevance of the Vatican II decree. They also analyzed the evolution of the Eastern Churches during the last 50 years. Among the speakers were noted Jesuit scholar Brian Daley of Notre Dame University; Bishop Nicholas Samra of the Melkite Eparchy U.S.A.; Archpriest John Erickson, former dean of St. Vladimir’s Orthodox Seminary in New York; and Prof. Thomas Bird of the City University of New York.

The Metropolitan Andrey Sheptytsky Institute of Eastern Christian Studies is an academic unity of the Faculty of Theology, St. Paul University in Ottawa. All of the presentations from both conferences can be viewed at the Sheptytsky Institute’s website: www.sheptytskyinstitute.ca.