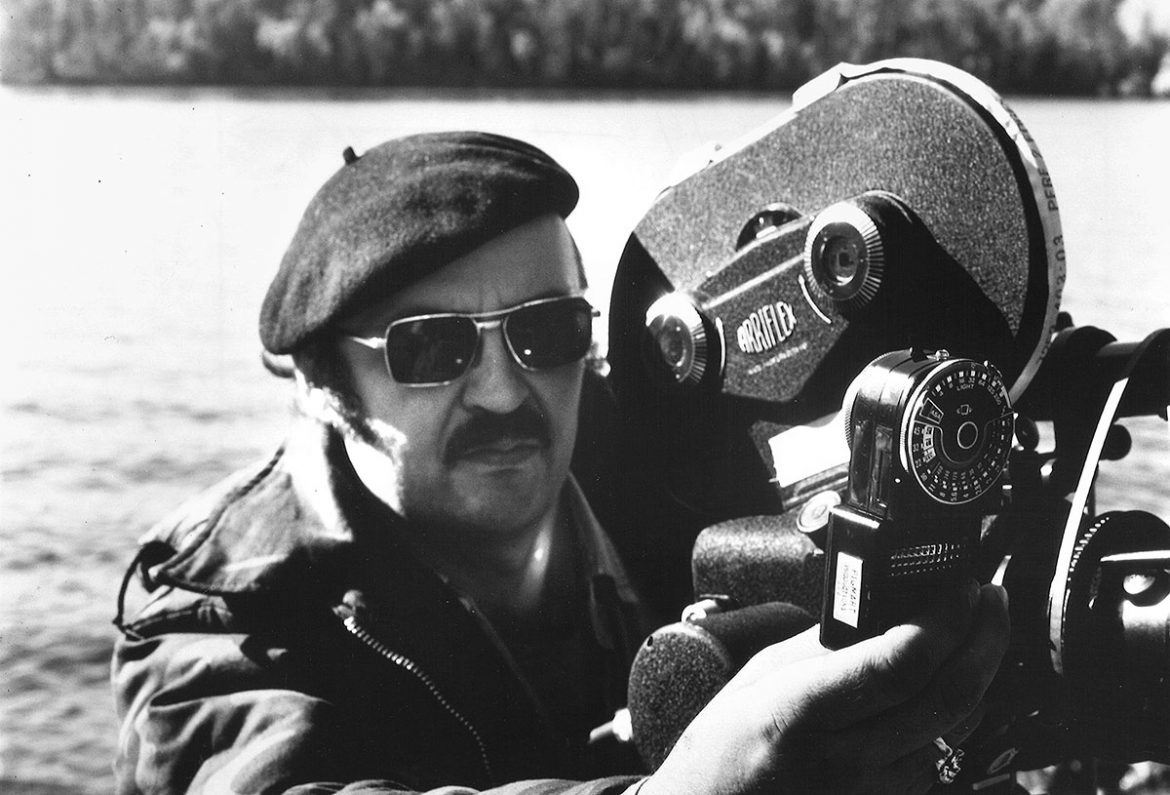 He was born in Torchyn, Ukraine, on October 19, 1934; his family fled the war via Warsaw and Paris prior to emigrating to Canada in 1950.

After earning his master’s degree in communications at Columbia University in New York, Mr. Nowytski joined CBS as an editor, working on now-historic raw footage, including the Newark riots and the Woodstock music festival.

While in New York, he met his future wife, artist Nadia Bryn. They moved to her home of Minneapolis and raised their family in the Twin Cities Ukrainian community.

In the 1980s Mr. Nowytski answered a higher calling to serve his community and his Lord, and was ordained a deacon (and later, protodeacon) of the Ukrainian Orthodox Church of the U.S.A., under which his father was the first bishop consecrated on U.S. soil.

Mr. Nowytski is perhaps best known for being an international award-winning documentary filmmaker committed to, in his words, “exposing man’s inhumanity to man,” particularly with his exhaustively researched, disruptive accounts of Ukraine’s traumatic history of the last century.

His 1983 film “Harvest of Despair,” broadcast on PBS, became the first widely accessible document revealing Stalin’s genocide of Ukrainians by famine in 1932-1933. Later, “Between Hitler and Stalin” (2003) explored the complex and devastating scorched-earth policy between the Soviets and Nazis battling over Ukrainian soil during World War II.

He is known also for his award-winning short film “Pysanka: The Ukrainian Easter Egg” (1976), as well as “Sheep in Wood” (1971), about the woodcuts of Jacques Hnizdovsky, and “Immortal Image” (1979), about the work of sculptor Leo Mol.

In addition, he directed “The Helm of Destiny,” an hourlong documentary on the Ukrainian experience in the United States commissioned by the Ukrainian National Association. Two years in the making, the film was premiered at the UNA’s 30th Convention in 1982,

Mr. Nowytski is also recognized for his two decades of work as an international broadcast journalist for Voice of America Radio and Television (Ukraine division) with the United States Information Agency in Washington. He retired from broadcast journalism in 2010 and soon thereafter moved back to Minneapolis with his wife to be near their beloved family.

He was preceded in death by his parents and sister. He is survived by his wife, Nadia, daughters Olenka (George) and Natalie (Scott), in-laws, nieces and nephews, cousins and extended family in the U.S., Ukraine, and Canada.