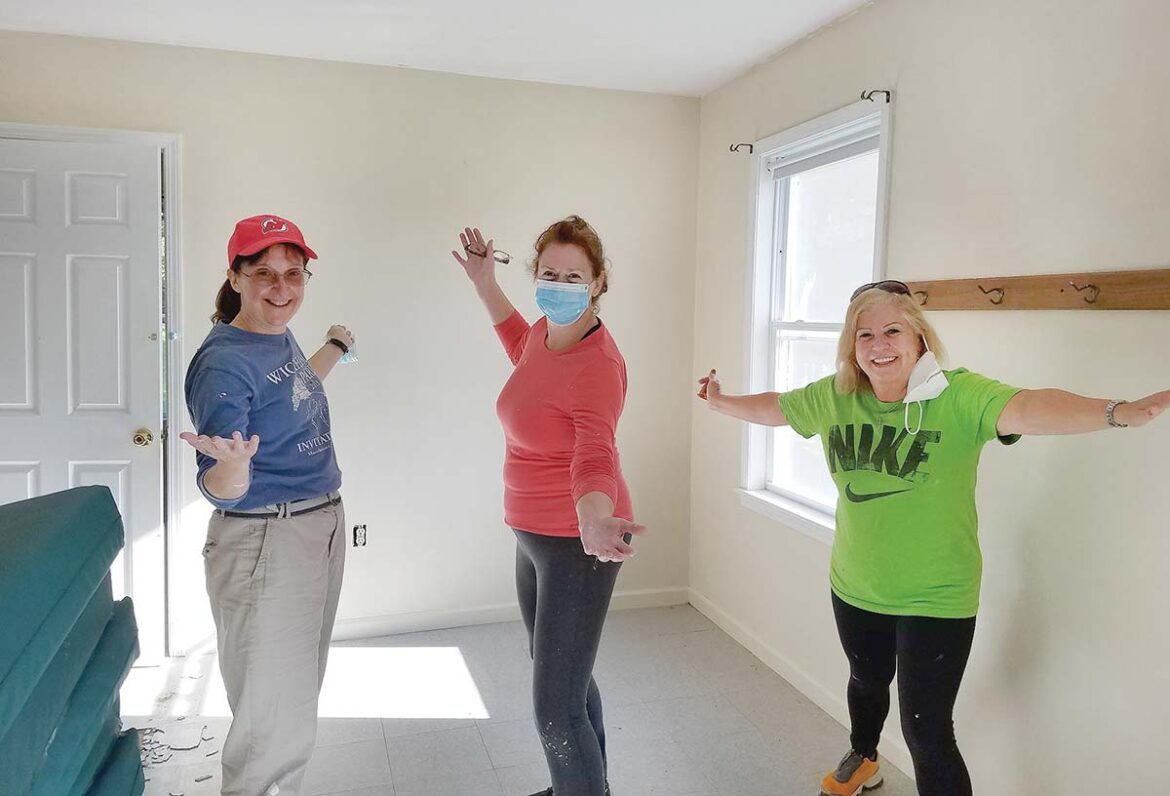 Members of the Spartanky sorority spruce up a building at the Vovcha Tropa Plast camp that is used during the summer by the youngest campers: (from left) Nadia Gluch, Kiki Zinycz and Lesia Magun.

EAST CHATHAM, N.Y. – True to the spirit of volunteerism and giving back, several members of the Spartanky sorority, New England Chapter, of Plast Ukrainian Scouting Organization contributed their time and efforts to spruce up one of the buildings at the Plast camp Vovcha Tropa in East Chatham, N.Y.

The primary goal was to put a new face on the building used during the summer by the youngest Plast campers. Starting early in the morning, the crew cleaned, swept and painted to ready the building – hopefully for use during the 2021 summer session.

Upon completion of the work, Joe Patti, overseer of the Vovcha Tropa grounds and member of Regional Camp Committee, said he was impressed with a job well done.