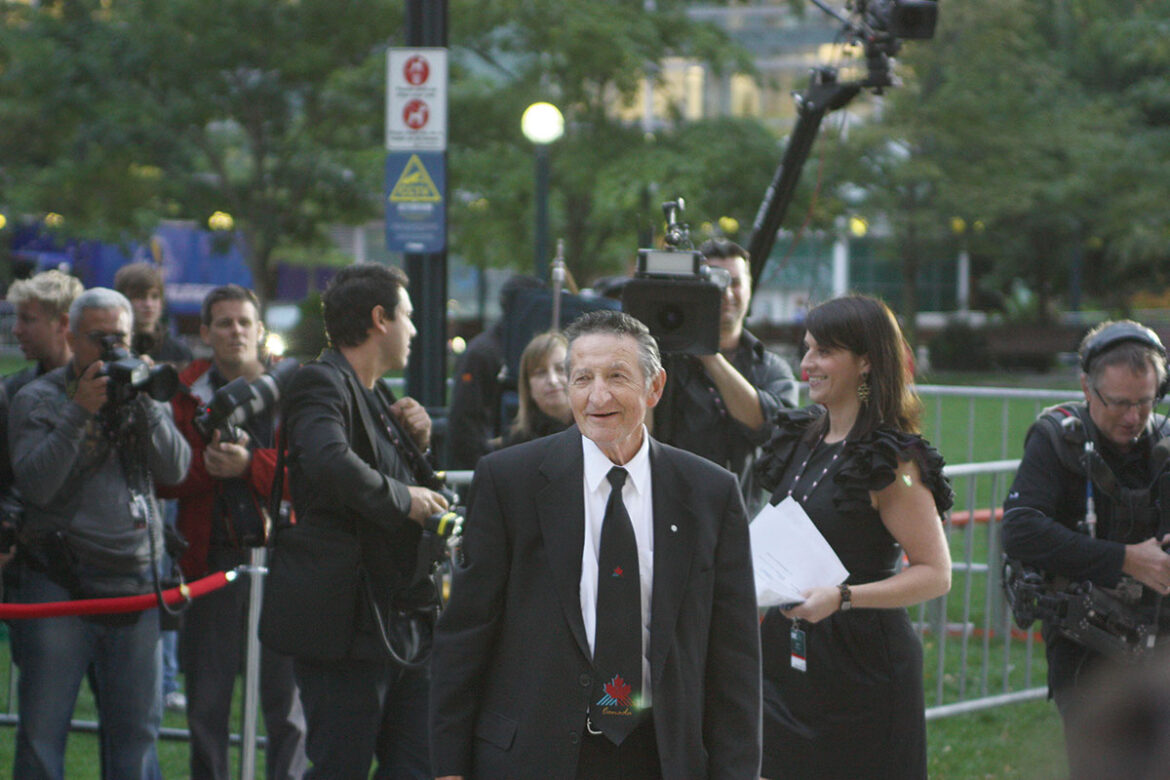 Metalist Kharkiv revival gains support
Andriy Pavlenko, president of the Ukrainian Association of Football (UAF), acknowledged a proposal letter from Olexandr Yaroslavsky, president of Metalist Kharkiv soccer club, that called for Metalist to unite with the UAF. “I learned with great inspiration about a letter from the president of the legendary football club Metalist, Oleksandr Yaroslavsky, to the Kharkiv regional authorities with a proposal to unite with all concerned compatriots and loyal fans and revive the truly heroic FC Metalist,” Pavlenko said. “As a member of the UEFA [the European soccer governing body] Executive Committee and president of the UAF, I will do my best to help implement this initiative. I believe that in the near future the Kharkiv club, founded back in 1925, will again enchant us with its play in the Ukrainian Premier League, the Ukrainian Cup and the European football competitions, in particular, the [UEFA] Champions League,” he added. On February 23 Yaroslavsky said he had agreed with the Kharkiv city authorities on the revival of FC Metalist and was again ready to invest in the football club he owned in 2006-2012.

Kherson loses in the Champions League
Kherson lost 2-4 against Inter FC (Spain) on February 19 in Spain as part of the UEFA Futsal Champions League Round of 16. In the knock-out round, Inter opened the scoring in the 15th minute, with Kherson leveling in the 30th minute, but Inter raised the bar in the 32nd minute, and the response came from an own-goal by Pola to equalize again in the 33rd minute. Inter pulled ahead with two more goals, first in the 38th minute and then again in the 39th minute. Kherson was eliminated from the competition and Inter advanced to the quarterfinal against Ugra Yugorsk (Russia).

Ukraine loses to Croatia in Euro qualifiers
Ukraine lost 2-3 against Croatia on March 3 in Croatia and lost 2-7 in Zaporizhia on March 7 as part of the UEFA Futsal Euro 2022 qualifiers. Ukraine, in Group 1, is in second place after three matches played with three points. Other teams in the group include Denmark (third place) and Albania (fourth place). Ukraine is scheduled to play against Denmark on April 8 and against Albania on April 11.

Hockey dad Walter Gretzky dies at 82
Canada’s hockey dad battled Parkinson’s and other health issues for some time before passing away on March 4. Son Wayne Gretzky called his dad the team captain for his three brothers, his sister and himself. Wayne’s father, Walter, was the reason Wayne fell in love with the sport of hockey. His dad inspired Wayne to be the best he could be in the game of hockey and the game of life. The father of the greatest hockey player and arguably the most dominant athlete ever did not carve his way into Canadian folklore on the heels of his superstar son. Walter Gretzky built his own legacy and impacted the game, country and community with his kindness, generosity and zest for life and the people around him. Any doubts about his nationality were erased in his autobiography when Mr. Gretzky readily admitted when growing up he called his father “Tato” and Ukrainian was the first language he spoke. Mr. Gretzky made huge contributions to minor hockey organizations, leagues and funds across Canada. He constantly dedicated much of his time and efforts to help raise awareness and financial assistance for many local, provincial and national charities. These efforts earned him the Order of Canada in 2007. He carried the Olympic Torch during the Olympic Relay prior to the 2010 Games in Vancouver. Several years later he had a school named after him – the Walter Gretzky Elementary School near Brantford, Ontario. Mr. Great One was truly a special man and most special Dad.

Flyers’ Patrick a most welcome addition
Nolan Patrick is back. The 2017 second-overall pick is playing again after missing all of last season due to a migraine disorder. Labeled a bust by some following two 30-point seasons, he has shown flashes of potential throughout his time in the NHL. If he can perform anything close to the Nolan Patrick that was promised leading up to the 2017 NHL draft, he could be one of the keys to the Philadelphia Flyers taking the next step. He is still only 22 years old with plenty of room for continued growth. The Flyers were already a deep team in 2019-2020, and the return of Patrick and Oskar Lindblom makes them that much deeper. Since the young Ukrainian’s expectations have lowered and he appears to be taking regular ice time, his path to success will be easier to attain. He is entrenched as the third line center with two high-quality linemates in James van Riemsdyk and Jakub Voracek, giving Philadelphia three dangerous scoring lines and a fourth line which could be a third line on most clubs. Patrick is in a good spot to succeed this season and unlocks a lot of potential in the Flyers lineup. He scored a goal in the season opener, and has 5 points in his first 13 games. While it remains to be seen if Patrick can be the key to the Flyers’ improvement, the players that the Flyers put around Patrick will be crucial in helping his game reaching the next level. 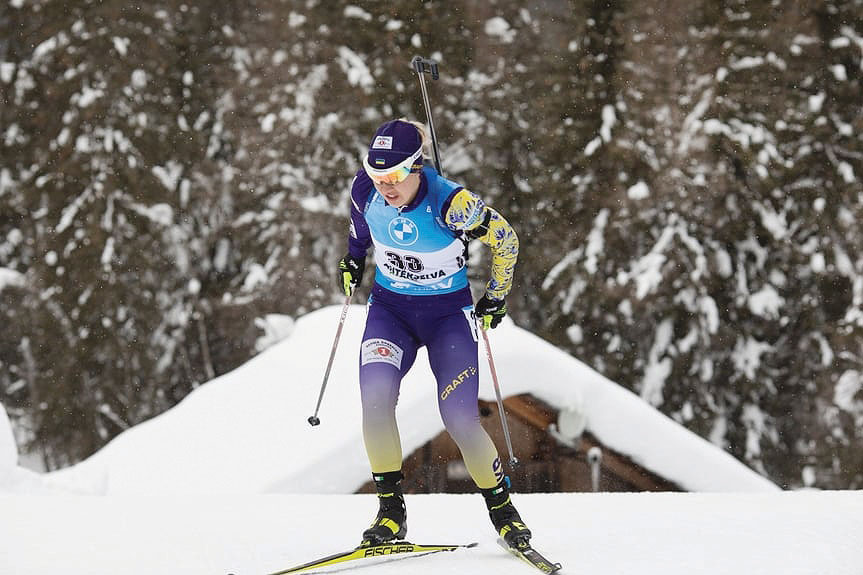 Yuliia Dzhyma advances to the finish line in the women’s 15-kilometer individual race in Antholz-Anterselva, Italy.

Svitolina out in Qatar
World No. 5 and top-seeded Elina Svitolina was upset in the round of 16 at the Qatar Open, held in Doha March 1-6. After a first-round bye, Svitolina defeated Japan’s Misaki Doi, 6-1, 6-2 in the second round, before succumbing to eighth-seeded Victoria Azarenka of Belarus, 2-6, 4-6. In qualifying play, Lesia Tsurenko beat Gabriela Ce of Brazil, 6-1, 6-1, and Katerina Siniakova of the Czech Republic, 6-3, 6-2, before losing to Laura Siegemund of Germany, 6(4)-7, 4-6, missing an opportunity to play in the main draw. On the personal front, Svitolina and Gael Monfils of France have split up, deciding to take a break in their relationship shortly after both suffered upset losses at the 2021 Australian Open.

Ihor Stelmach is credited for the entries in tennis and hockey.