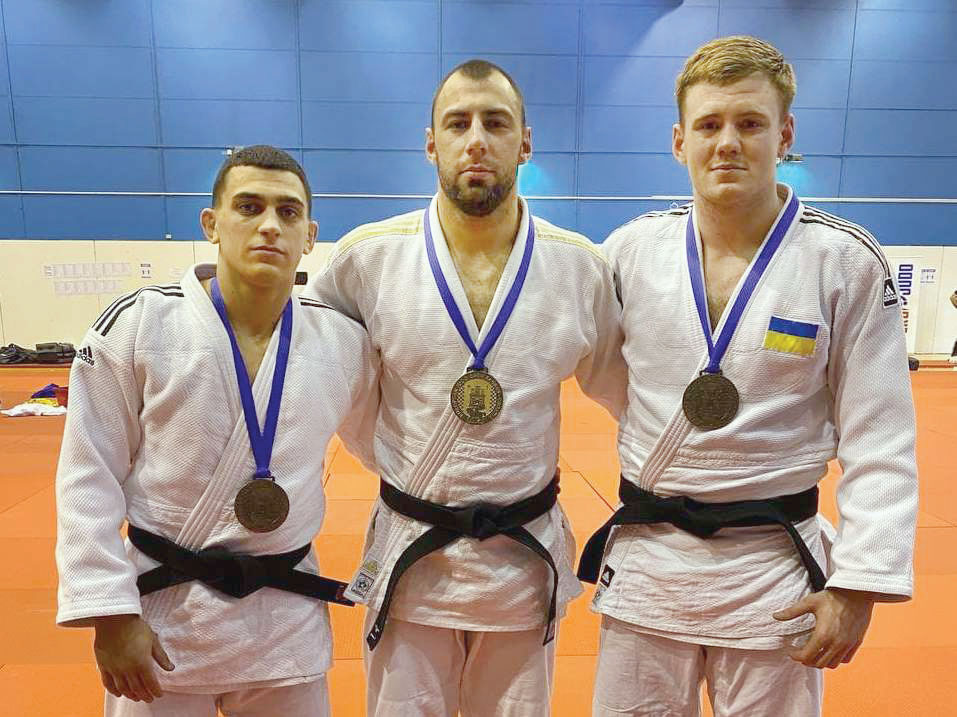 BASEBALL
Longoria goes deep twice in two games
Ukrainian Evan Longoria, in the Cactus League, in his first at bat of the 2021 regular season crushed a sinker from Seattle Mariners lefty Marco Gonzales to give his San Francisco Giants an early 1-0 lead in the second inning on April 1. Longoria, 35, hit his first homer of the year 358 feet over the right field wall (an opposite field shot) with an exit velocity of 101.4 mph. To prove this was no fluke either, he went deep again in the Giants’ second game, smashing a two-run shot, going two for three with two RBI’s. The veteran third baseman hit .346 with four home runs in 12 games this spring. His stroke followed him to Opening Day in the best way possible.

JUDO
Ukraine wins three medals in Zagreb
Anton Savytskiy (100 kg) won gold at the European Judo Open in Zagreb, Croatia, on May 1-2. Savytskiy won the final against Zeka Shpat of Kosovo. Bronze medals were won by Yevhen Vehera (66 kg) and Hievorh Manukian (81 kg). Vehera won bronze after winning the third place match against fellow Ukrainian Danylo Hutsol, who finished in fifth place. Manukian won his final match against Sebastian Dengg of Austria. Ukraine, among the 32 countries participating, was represented at the competition by 32 athletes (21 male, 11 female).

TENNIS
Svitolina reaches semifinal in Stuttgart
After losing her first five meetings with Elina Svitolina, Ashleigh Barty of Australia has now won three times in a row, the latest a comeback victory 4-6, 7-6(5), 6-2 at the Porsche Tennis Grand Prix in Stuttgart, Germany, on April 24, to advance to the final. It was a tough loss for the Ukrainian, who eased to a one-set lead without facing a break point, but could not successfully serve out the match at 5-4 in the second set. Svitolina defeated Angelique Kerber of Germany 7-6 (4), 6-3 in the round of 16 and Petra Kvitova of the Czech Republic, 6(4)-7, 7-5, 6-2 in the quarterfinal. The doubles team of Ukrainian Nadiia Kichenok and Romanian Raluca Olaru were bested in the semifinals by Americans Desirae Krawczyk and Bethanie Mattek-Sands, 7-5, 4-6, 10-6. On a personal note, Svitolina announced her engagement to tennis player Gael Monfils of France in early April. The couple have been dating since 2018. Monfils gifted his fiancée a new black Mercedes automobile after the announcement. The engagement came after the duo issued a joint statement in February saying they were taking a break from their relationship.

Kostyuk reaches semifinal in Istanbul
Still only 18 years old, Marta Kostyuk is closing in on another career-high ranking, reminding tennis fans why she was such a promising prospect when she reached the third round of the Australian Open as a 15-year-old, the youngest to go that far at a major in 21 years. Navigating a challenging season in 2021, she reached her first WTA semifinal at Abu Dhabi, and then, after some injuries and a positive COVID-19 diagnosis, she reached another semifinal at the TEB BNP Paribas Tennis Championship in Istanbul, Turkey, (April 19-25). Romanian Sorana Cirstea defeated Kostyuk in the semifinal, 6-4, 6-4. Along the way, Kostyuk beat Kamila Rakhimova of Russia, 6-4, 6-3, Daria Kasatkina of Russia, 6-3, 7-5 and Ana Konjuh of Croatia, 7-5, 4-6, 6-3. Kateryna Kozlova lost to Sorana Cirstea in the round of 32 by scores of 4-6, 6(6)-7.

ACROBATICS
Three medals for Ukraine in Sofia
Ukraine won two gold and two bronze medals at the Acrobatics World Cup on April 23-25 in Sofia, Bulgaria. Ukraine’s men’s team (Stanislav Kukurudz, Yuriy Savka, Yurii Push and Taras Yarush) won gold (29.350 points), and Ukraine’s Women’s Pair team (Viktoriia Kozlovska and Taisiia Marchenko) won gold (28.390 points). Margaryta Tsiurupa and Arina Bieliaieva won bronze in women’s pairs; and Ivan Labunets and Anita Prylyk won bronze in mixed pairs. The competition attracted competitors from 12 countries, and the competition was the only chance for gymnasts to refine their routines on the international stage prior to the World Championships in Geneva on June 26-29. 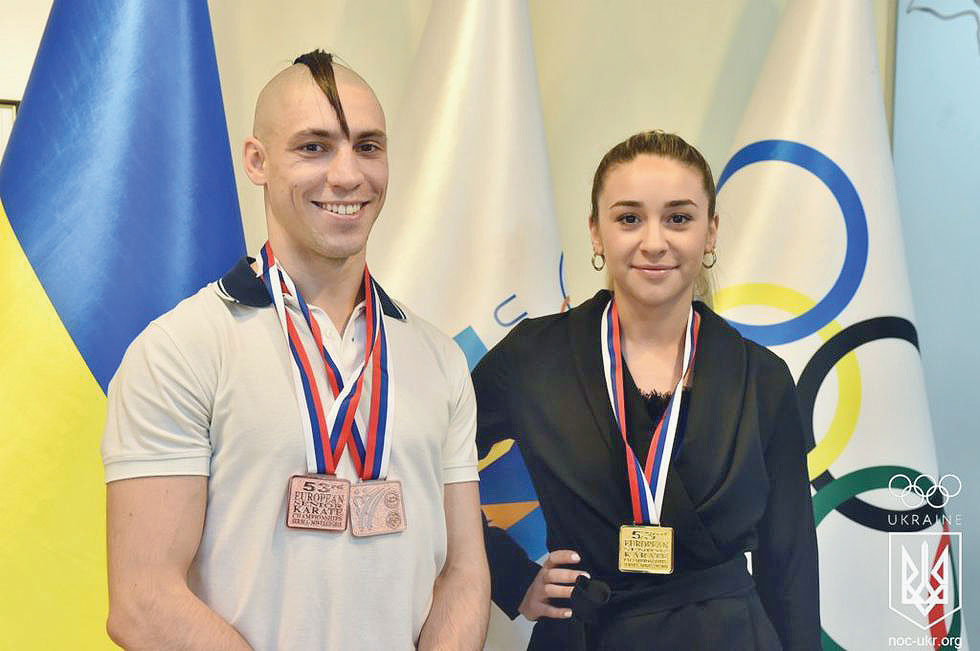 Credit for the entries in tennis and baseball go to Ihor Stelmach.