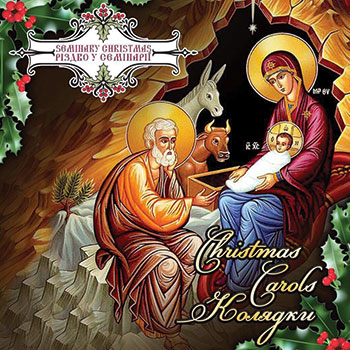 The recording – featuring nine seminarians’ voices – was made with the blessings of Metropolitan Antony and Archbishop Daniel, hierarchs of the Ukrainian Orthodox Church of the U.S.A.

The recording was one of a series of projects the seminarians, who recently formed a seminary-based chapter of the Ukrainian Orthodox League, aim to complete. The CD sale will raise funds for the seminary and its UOL chapter projects.

Other announced endeavors include the annual “Souper” Bowl Sunday fund-raiser on February 3 to benefit St. Andrew Society and a “Meet the Seminarians Picnic” to be held on May 4 at St. Sophia Theological Seminary during the St. Thomas Sunday weekend pilgrimage at the Metropolia Center of the UOC-U.S.A.

Readers can purchase a copy of the CD online at the St. Sophia Seminary store (www.uocofusa.org/stsophia.html/.) Additional information can be found at the St. Sophia Theological Seminary website, http://stuots.org/news_181217_1.html.