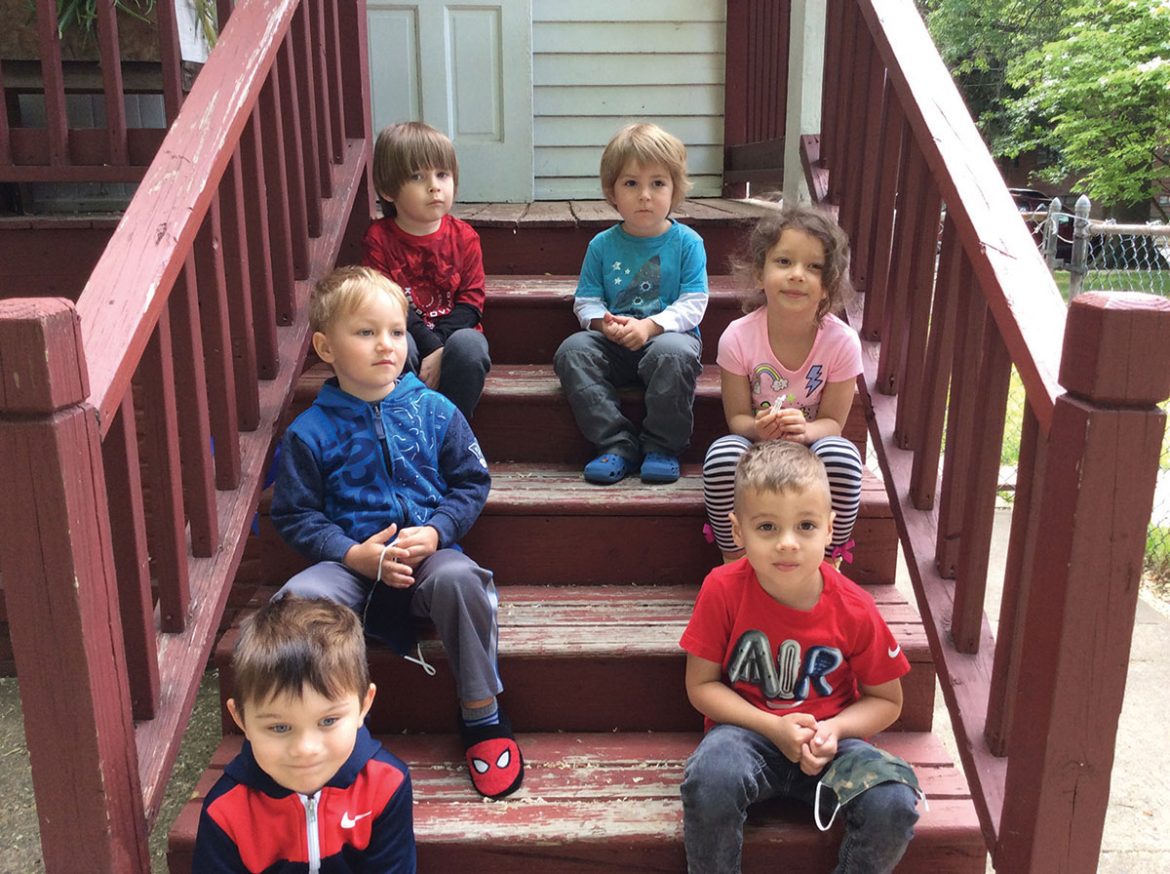 On Friday, March 13, 2020, New Jersey schools announced that the following Monday all schools would be closed as a result of the COVID-19 pandemic. At first, everyone expected a two-week closure. However, the school closure was extended and St. John’s Ukrainian Montessori Preschool in Newark, N.J., had to close until the summer. Exactly one third of the school year was affected. I was very saddened because my favorite time in the classroom is in the spring. I love seeing the children blossom socially and cognitively. Our school year ended with a zoom meeting in June and we saw each other’s pets, siblings and homes in a rather chaotic fashion!

Would we be able to re-open in September of 2020? During the summer, I studied CDC guidelines and researched schools in Asia which had begun to reopen. Trying to integrate pandemic restrictions and Montessori practices became a challenge. Restricting the number of classroom children and shortening the school day became a necessity. When I walked into our classroom in August to prepare for a September opening, it was as if time had stood still! Easter decorations of pysanky were hanging on the wall. Art projects for Palm Sunday and Easter were ready and waiting for little hands. The last calendar weather symbols had been entered on March 13, 2020. Our peaceful little world had been affected because of a worldwide pandemic. It felt eerie and too quiet.

We did reopen with most of the children wearing masks. How I missed seeing those smiles. Changes in the physical dynamic of the classroom needed to be implemented.

Daily, children’s temperatures were monitored at the school door. The children then changed their shoes and washed their hands very thoroughly. Trying to implement social distancing with preschoolers was my biggest challenge. I moved tables further apart.

Story time took place at tables rather than a small group on the rug. I found some plastic runners in the basement and cut them to provide separators for circle time so each child would be sitting in a different corner of our rug, which was now a rectangle rather than a circle. The book corner was changed from a couch to a single rocking chair. Our group snack time was no longer feasible, so we changed to an individual snack experience. Each child now had separate crayons, pencil and magic markers in a box. Our work rugs were now towels which could be washed and dried after each use.

I was lucky enough to be able to order new HEPA filters for an air cleaner I found in a corner of my attic. Disposable gloves and quality sanitizing wipes were difficult to find anywhere. Prices were inflated, and I must thank Dora Dekajlo who had baked hundreds of babky for our fundraisers in previous years. The earnings now enabled us to buy our most needed supplies. Most elusive was an air sanitizer, which I used daily at the end of each school day. CVS pharmacy in Millburn, N.J., called me at 8 a.m. one morning because they had set aside two small cans for me. Another morning at 8 a.m. in a Target store in Union, N.J., the manager found another two cans for me. I now had enough to last us for half the year. How grateful I was for these small blessings. Last week, when I was in a big box store, I came upon a stack, taller than myself, of the aforementioned sanitizer. Such a difference in just a year. I bought three cans. Thank you to America’s essential workers. And thank you to St. John’s Ukrainian Catholic Church in Newark, N.J., for all of its support.

St. John’s Preschool is beginning its 32nd year in September 2021. For more information, readers may consult the school’s website at tinyurl.com/sjpreschool, or call Olena Makarushka-Kolodiy at 973-763-1797.