With deep shock, family, friends and colleagues of Marta Kolomayets, former Kyiv correspondent and Kyiv Bureau chief of The Ukrainian Weekly, received news of her passing on Sunday, August 16, in her home near Kyiv. On behalf of the Ukrainian National Association’s General Assembly and the thousands of UNA members who waited each week to read Marta’s reports and columns, allow me to express our condolences to the many who loved Marta dearly. 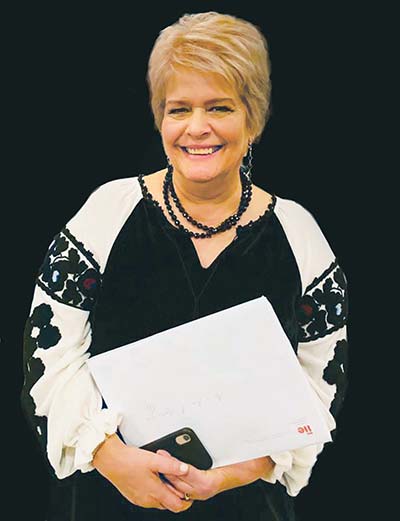 I write here not only as a member of the UNA General Assembly, but also as a colleague of Marta. Throughout the 1980s and into the 1990s, Marta and I crossed paths in Washington, Rome and New York City, and worked side-by-side with journalists in Ukraine. We were together during the 1988 Millennium of Ukrainian Christianity events in Rome – I as a member of the Ukrainian Catholic Church’s media team organized by Bishop Basil Losten and Sonya (Hlutkowsky) Soutus, Marta as a correspondent for The Ukrainian Weekly. It was then that I first witnessed both Marta’s strength of character and her skills as an intrepid reporter.

In 1988, as well as the early 1990s in Ukraine, there was no e-mail, no digital photography, no laptops, no online research. Long-distance phone calls were expensive; there were no mobile phones with free calling apps. The latest and greatest invention was the fax machine. In an analog world, being a reporter and a photographer meant that, besides paper and pen, you were always carrying around cameras, lenses, microphones and recorders, and then writing in time to file for deadline. This required great physical energy, mental agility, talent, commitment and tenacity – all of which Marta had. And these characteristics she then topped off with a great attitude and her signature smile. The Ukrainian Weekly readers were fortunate that Marta chose to spend those dynamic years with us.

Marta loved journalism, and she loved being a reporter. After she opened the Kyiv Press Bureau, becoming the first foreign correspondent from America in Ukraine, her office became a gathering place for foreign correspondents and Ukrainian journalists who otherwise may never have shared sources or crossed paths in any meaningful way. Many lifelong friendships were forged within those four walls.

After leaving The Ukrainian Weekly, Marta went on to a career that included positions which focused on the development of an independent Ukraine, a nation she loved fully and completely. She believed passionately in the ability of Ukraine to transform itself into a modern democracy. She and her husband, television journalist Danylo Yanevsky, became a recognized “media power couple” in Kyiv. As Danylo noted in his eulogy to Marta at her funeral on Saturday, August 22, he and Marta had a mutual understanding of the importance of sharing information to empower people – an understanding to which they both dedicated their lives.

The service was viewed by more than 40,000 people through YouTube and Danylo’s Facebook page. As I listened to the service, the profound and stark contrast between the Ukraine to which Marta came 30 years ago and today’s Ukraine, for all its faults, struck me with an unexpected intensity. For a brief second I wished desperately that I could give her a final hug and tell her: “Rest in peace, my friend. You’ve done well.”

After the funeral, Metropolitan Borys Gudziak of the Archeparchy of Philadelphia, a close confidant of Marta’s for decades, posted a final farewell to her that began with words sung in Plast, the Ukrainian scouting organization, one so important to them both: “Тихо спи без тривог, тут є Бог!” Go with God, Marta. Вічна пам’ять!