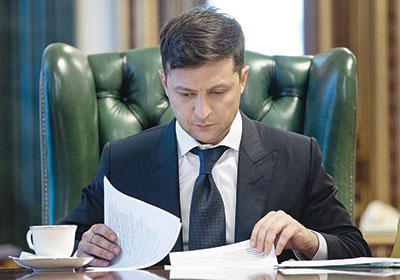 KYIV – The acrimonious political contest for control of Kyiv between the new Ukrainian president’s team and Mayor Vitali Klitschko and his defenders has been intensified and prolonged. It has also assumed an international dimension that is embarrassing, if not damaging, to the country’s image.

On the surface it would appear to be a case of the victor in Ukraine’s presidential election, Volodymyr Zelenskyy, whose Servant of the People party subsequently captured all of the single “majority” constituencies in the city, calling on a representative of a defeated political force to take heed of the popular mood and to step aside, and the latter digging his heels in. 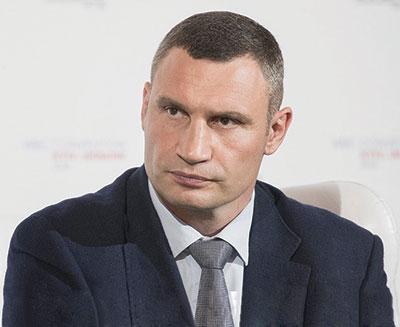 From the outset, however, there was a complicating factor that restricted President Zelenskyy’s prerogative to replace the capital’s chief official and provided Mr. Klitschko with a temporary lifeline. The latter holds two positions that, in practice, have been combined. Mr. Klitschko was elected mayor in May 2014 by the city’s citizens and the following month was appointed head of Kyiv City State Administration by President Petro Poroshenko. His current term as mayor ends in October.

According to Article 118 of the Constitution of Ukraine, the heads of state administrations are appointed and dismissed by the president with the approval of the Cabinet of Ministers. Thus, on July 24, President Zelenskyy asked the Cabinet to approve his request that the president’s “appointee” in the capital be replaced.

“This appeal to the Cabinet is, in fact, a formality as, according to the law, all heads of local administrations are dismissed after the election of a new president,” the Presidential Office explained to Ukrayinska Pravda at the time.

But, as an elected mayor, Mr. Klitschko had the option of ignoring the president and staying on until the next local elections.

Initially, Mr. Klitschko’s position appeared to mirror that of others against whom the political tide changed so decisively in the recent presidential and political elections. In May and June, the outgoing Verkhovna Rada, dominated by former President Petro Poroshenko’s party and its allies, blocked the replacement of key ministers proposed by President Zelenskyy and the adoption of several laws that he said were essential to opening the door to change.

But the standoff between the Presidential Office and Mr. Klitschko has deepened, and charges of corruption and mismanagement have been leveled against the mayor by the Zelenskyy team and elaborated in the media.

The moves to oust Mr. Klitschko have been spearheaded by the head of the Presidential Office, Andriy Bohdan. Mr. Bohdan told the media on July 30 that it had become evident from discussions with Mr. Klitschko that “He has lost control over the situation in the city,” and that he himself acknowledged that “he did not control the City Council.”

Mr. Bohdan went on to claim that there are “two-three minders” among the Kyiv City Council controlling the voting of the groups of deputies, and that the mayor is a hostage to these corrupt forces. Furthermore, Mr. Bohdan alleged that a bribe of $20 million had been offered to him by a lawyer of one of these “minders” to allow Mr. Klitschko to remain.

Mr. Klitschko and his supporters claim that President Zelenskyy is acting unconstitutionally and simply wants to replace him with his own vassal at the Kyiv City State Administration.

On August 11, Mr. Klitschko wrote on his webpage that he had met with President Zelenskyy and that, “Again I emphasized that restriction of executive functions of an elected mayor signifies a return of [former President Viktor] Yanukovych’s approach. It leads to deprivation of the right of Kyiv for self-governance. While Kyiv mayor is denigrated to a decorative role, the city is governed by a person passed down rather than elected by Kyivans who bears no responsibility whatsoever towards the community.”

Meanwhile, observers condemned Mr. Klitschko for putting his personal interests above national ones. According to political journalist Natalia Lebed, the Ukrainian public was “not deceived” and the negative “reaction in the social media was unanimous.” The mayor, she stressed, had “complained… about his possible dismissal” to a foreigner, U.S. President Donald Trump’s personal attorney, former New York Mayor Rudolph Giuliani, with whom he met in New York, and “appointed America to be referee in the conflict…”

Since then, Mr. Zelenskyy has made it clear with his replacement of numerous regional and local state officials throughout the country that he is not targeting only Kyiv, Mr. Klitschko’s record is being been scrutinized more closely, and uncomfortable questions are being raised.

Last week, for example, the Kyiv Post, Ukraine’s main English-language newspaper, ran a major article by staff writer Oleksiy Sorokin with the headline: “Klitschko’s shortcomings are easy to see.” It noted, for example, that he is suspected of ties with major real-estate developers involved in illegal construction. The story also pointed out that most recently Mr. Klitschko was accused by a Swiss company of wrongdoing in building an over-priced scenic pedestrian bridge based on a project allegedly “stolen” from it.

Observers are now also recalling that, after assuming a prominent political role during the Maidan, Mr. Klitschko emerged as a candidate for the mayor of Kyiv after a secret agreement was reached among the country’s leading oligarchs in Vienna in March 2014 at a meeting hosted by tycoon Dmytro Firtash; that agreement also backed Mr. Poroshenko for president. More recently, before the parliamentary elections, Mr. Klitschko tried to form a political alliance with Georgian firebrand Mikheil Saakashvili, offering him the leadership of his own moribund UDAR party, but the latter turned him down. UDAR failed to obtain a single seat.

On August 14 the current Cabinet of Ministers finally decided that it would not consider President Zelenskyy’s request to dismiss Mr. Klitschko as the head of the Kyiv City State Administration, thus further delaying the matter. Vasyl Ryabchuk, spokesman for Prime Minister Volodymyr Groysman, wrote on Facebook that the Cabinet decided not to be involved in the issue following weeks of rumors about the Klitschko ouster.

With a new Verkhovna Rada, in which his Servant of the People party will have a majority, to be convened in early September, followed by the appointment of a new prime minister and a new Cabinet of Ministers proposed by that party, President Zelenskyy is highly likely to get his way.