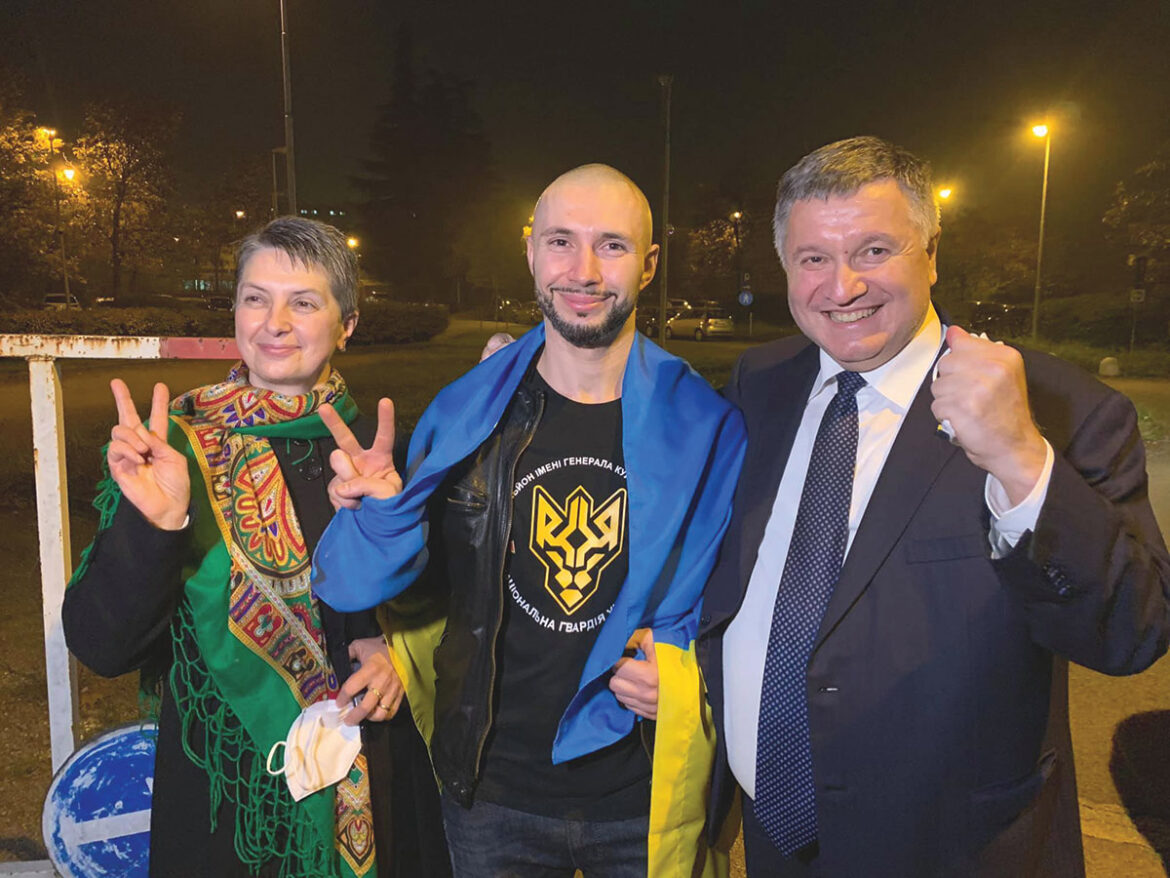 Ukrainian National Guardsman Vitaliy Markiv (center) stands with Ukrainian Internal Affairs Minister Arsen Avakov and his mother, Oksana Maksymchuk, outside a high-security prison in Milan, Italy, on November 3, after an appellate court acquitted him of involvement in the killing of an Italian journalist and his interpreter in 2014 in the Donbas.

This section features the noteworthy events and people of 2020 that defy easy classification (or could fit under more than one of our Year in Review categories).

• The Ukrainian National Foundation, the charitable arm of the Ukrainian National Association and the owner of Soyuzivka, received a donation of $70,000 from the Robert W. Johnson IV Charitable Trust. The Johnson family requested that the money be earmarked for something specific to benefit future campers; Soyuzivka management planned to renovate the Sich building, which houses summer campers and staff. News of the donation was reported in The Ukrainian Weekly’s February 9 issue.

• The Antares medium-class rocket, partly designed by the Pivdenne Design Bureau and made by Pivdenmash in Ukraine’s Dnipro regions, launched successfully from a NASA flight facility in Virginia on February 15. The rocket carried nearly four tons of supplies, hardware and science payloads to the International Space Station. 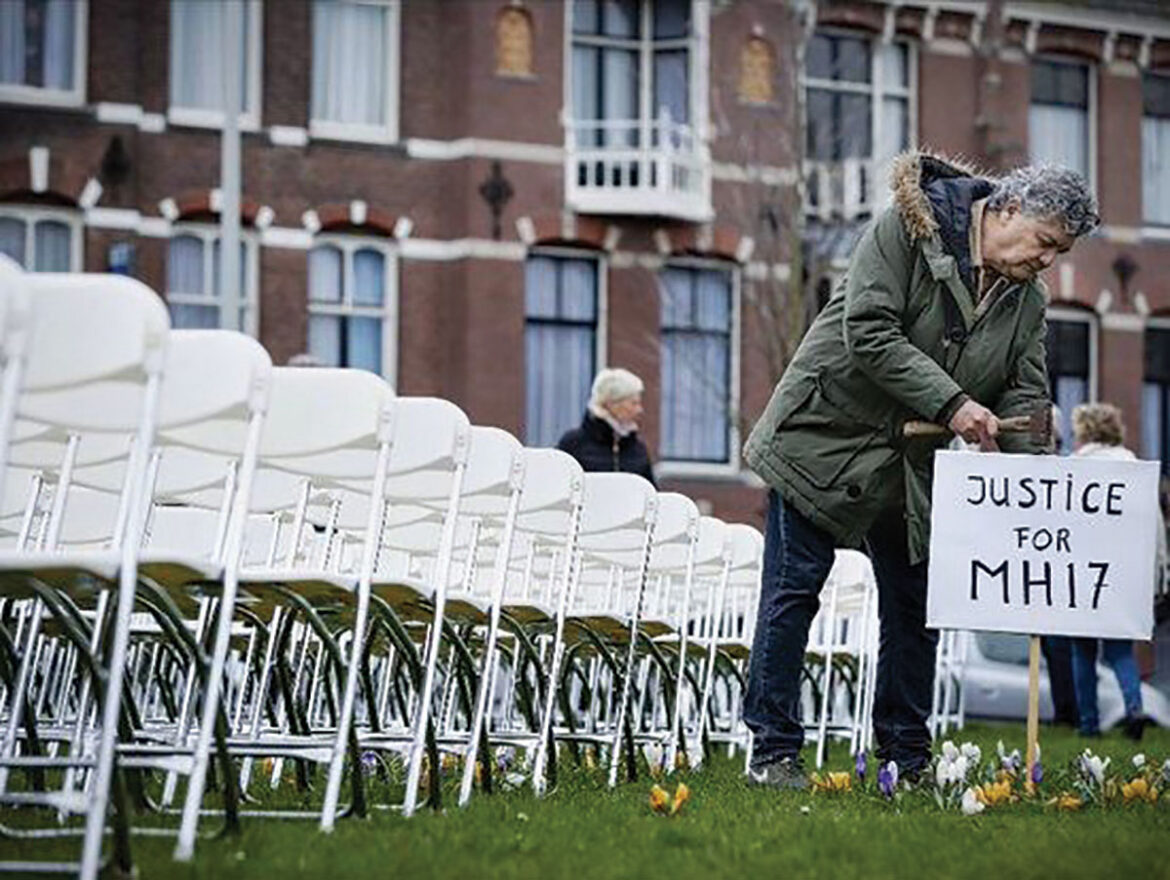 Some of the 298 empty chairs placed in front of the Russian Embassy in the Netherlands in memory of those killed in the downing of Malaysia Airlines Flight 17 (MH17). The chairs were set up on March 8, as a protest against the Kremlin’s refusal to admit its role in the shootdown, before the beginning of a trial against four persons charged with murdering all 298 of the flight’s passengers and crew.

• Relatives of the victims of Malaysia Airlines Flight 17 set up 298 empty chairs on March 8 in front of the Russian Embassy in the Netherlands to protest the Kremlin’s continued refusal to admit its role in shooting down the plane in July 2014. The protest was staged a day before the trial began against three Russian citizens and a Ukrainian militant who are charged with murdering all 298 passengers and crew.

• Plast Ukrainian Scouting Organization marked the 108th anniversary of the first Plast Oath, considered the date Ukrainian scouting was formally established, on April 11 with an 11-hour broadcast via the Internet that was coordinated by representatives of the four largest branches of Plast in Ukraine – Kyiv, Kharkiv, Ivano-Frankivsk and Lviv. The virtual event began with an official opening, included workshops on making pysanky, lectures on parachuting, quizzes, online guests, greetings from various venues and speakers, and ended with singing by an improvised campfire. 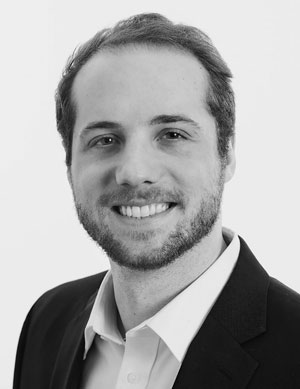 • On March 17, Nicholas Siokalo was awarded the Carnegie Hero Medal, given by the Andrew Carnegie Hero Fund to individuals who risk their lives to save others, for saving a young child from drowning in a riptide at a beach in Belmar, N.J. A 7-year-old boy had been wading with his aunt when a wave carried them into deeper water, with another wave separating them and carrying the child about 90 feet from shore. Mr. Siokalo was able to reach the child and tread water while the current carried them further, until lifeguards with flotation devices were able to tow them to safety. Mr. Siokalo is a lifelong member of Plast Ukrainian Scouting Organization, which on April 21 awarded him the Plast Bronze Cross for heroism.

• As the COVID-19 virus spread and quarantining became the norm, Ukrainian Canadians Yana Kreminska and Adriana Luhovy combined their respective talents, filmmaking and psychotherapy, to produce an online educational information series in Ukrainian called “Coping with the effects of COVID-19.” The videos feature interviews with mental health professionals in Ukraine; topics included how quarantine affects the mental health of children and how to develop resilience.

• The Temerty Foundation, which provides philanthropic support to health-care, educational and cultural initiatives in Toronto and other communities, in April donated $10 million to the University of Toronto’s Faculty of Medicine. The gift aimed to help the university’s partner hospitals respond to the immediate needs of front-line health-care workers and facilitate research and training in response to the COVID-19 pandemic. 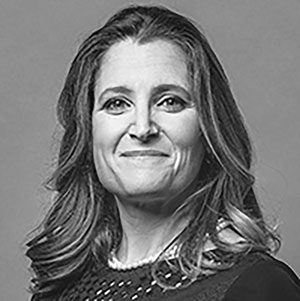 • Freedom House on June 19 awarded the 2019-2020 Mark Palmer Prize to Canadian Deputy Prime Minister Chrystia Freeland for her tireless work championing democracy through advocacy, journalism and policymaking. Ms. Freeland has condemned authoritarianism and human rights violations, including the Chinese authorities’ violent response to protests in Hong Kong, the persecution of Rohingya Muslims in Myanmar and the abuses of the anti-democratic Maduro regime in Venezuela, and has personally advocated for the release of sibling activists Raif and Samar Badawi in Saudi Arabia. She also demonstrated her support for protesters leading up to the 2014 Ukrainian Revolution of Dignity in her position as a member of the Canadian Parliament. Under her leadership as minister of foreign affairs, Canada in 2019 launched updated guidelines for supporting human rights defenders. The Mark Palmer Prize is administered by Freedom House, in partnership with the Community of Democracies, and was established in 2011 to honor diplomats and civil servants whose work has advanced democracy and human rights.

• In its September issue, Forbes Ukraine magazine published a list of “40 Global Ukrainians,” profiling diaspora-based Ukrainian business owners and leaders of large- and medium-sized businesses and start-up companies. Listed among the medium-sized business leaders was Leonard Mazur, Ukrainian American co-owner of the research company Citius Pharmaceuticals and the manufacturing company Arkimax Pharmaceuticals, which have been at the forefront of combatting the COVID-19 pandemic and whose practices have been praised by the U.S. Food and Drug Administration. Citius Pharmaceuticals was unique, Mr. Mazur noted, because Ukrainian Americans comprise its management team. Myron Holubiak, chief operations officer of Citius, and Myron Czuczman, the company’s head physician and acting vice-president, were also recognized in the Forbes Ukraine story.

• New York City resident Tamara Lashchyk in November became the first Ukrainian American to be on the ballot for the New York State Assembly’s District 66, which include the East and West Villages, Greenwich Village, Tribeca, Soho and a small part of Chelsea. Ms. Lashchyk, a longtime Soho resident, ran on the Republican ticket, describing herself as a moderate. Deborah Glick has represented the overwhelmingly Democratic District 66 in the State Assembly for 28 years, and was re-elected to her 14th term in November.

• Kyiv-based celebrity chef Yevhen Klopotenko, 33, is on a mission to revive centuries-old Ukrainian recipes, modernize them and show Ukrainians their rich heritage through food. He has researched what people ate before the Bolsheviks took over, incorporating authentic Ukrainian dishes into the menu of his co-owned restaurant, 100 Years Back to the Future (100 Rokiv Tomu Vpered), where he uses local ingredients in a true farm-to-table approach. He was instrumental in having borshch included on the Ukrainian Ministry of Culture’s list of “elements of intangible cultural heritage,” hiring a team of five people to travel throughout Ukraine, documenting and filming how different families make borshch, in accordance with what the Ministry of Culture required for inclusion on its national heritage list. Mr. Klopotenko is also involved in an ongoing project to make the food at school cafeterias more appetizing to the students; about 23 percent of schools nationwide have either fully or partially adapted his more than 100 “recipes popular around the world.” A profile of the chef appeared in The Weekly’s November 1 issue.

Ukrainian National Guardsman Vitaliy Markiv (center) stands with Ukrainian Internal Affairs Minister Arsen Avakov and his mother, Oksana Maksymchuk, outside a high-security prison in Milan, Italy, on November 3, after an appellate court acquitted him of involvement in the killing of an Italian journalist and his interpreter in 2014 in the Donbas.

• Ukrainian National Guardsman Vitaliy Markiv was acquitted and released from a maximum-security prison near Milan, Italy, on November 3, by order of an appellate court, having spent three years, four months and two days behind bars. Mr. Markiv had been convicted on July 12, 2019, for his alleged role in the deaths of an Italian photojournalist and his Russian interpreter, and the wounding of a French journalist; he was sentenced to 24 years in prison. Wayne Jordash, one of the world’s leading international criminal lawyers, described Mr. Markiv’s trial as not adhering to “the principle of presumption of innocence” and noted that the case didn’t prove Mr. Markiv’s guilt “beyond a reasonable doubt.” Mr. Markiv’s defense team and supporters said that Russian disinformation influenced the trial and the Italian media’s coverage, while the Kharkiv Human Rights Protection Group and other observers said the disinformation helped destroy the defendant’s presumption of innocence and eliminated the possibility of him having a fair trial.