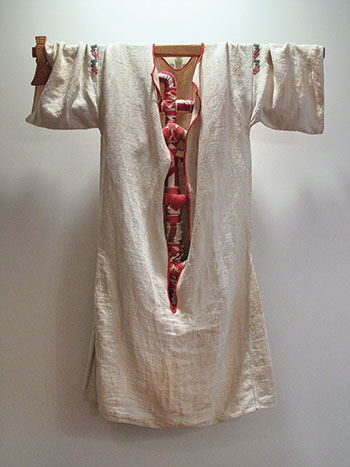 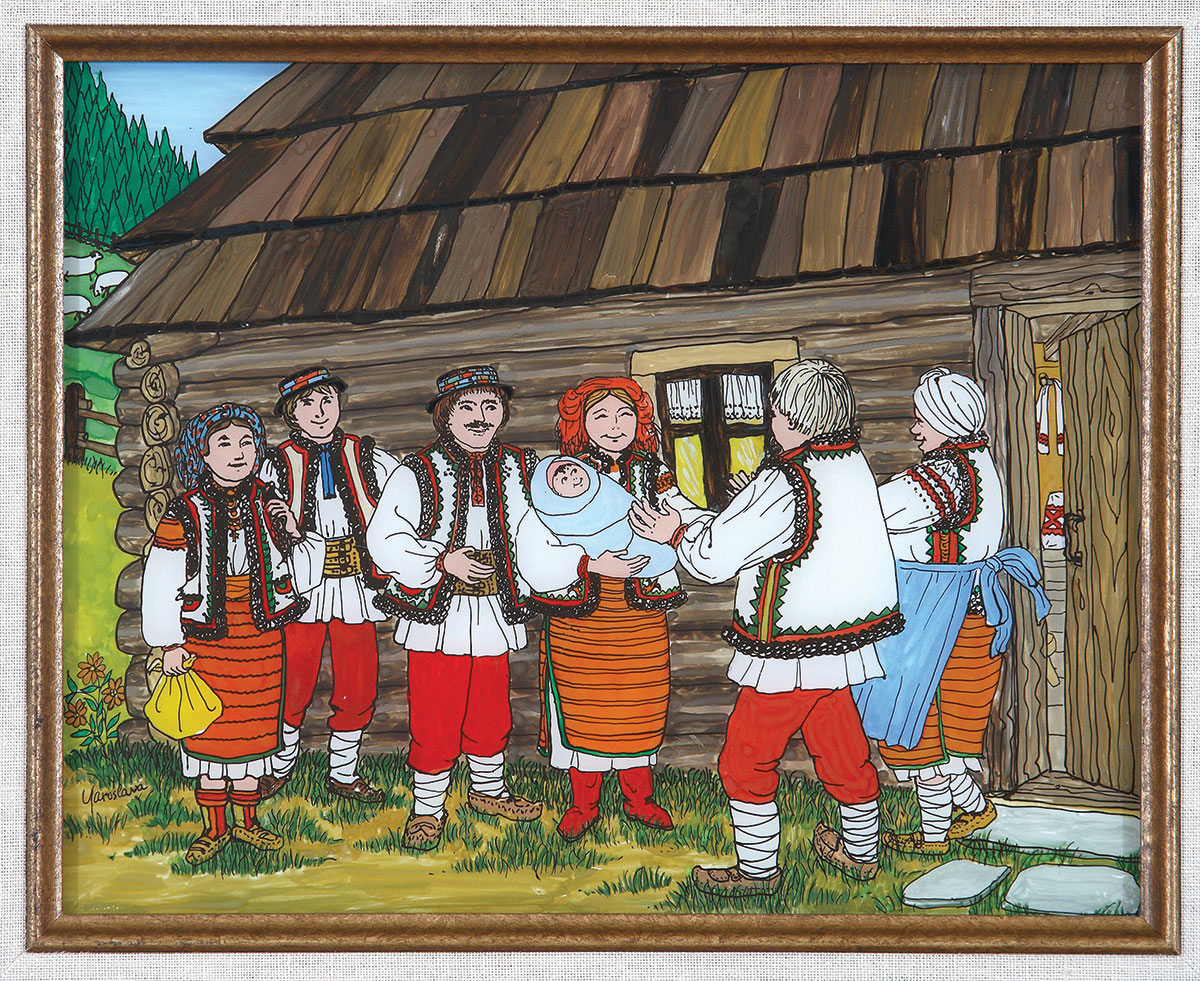 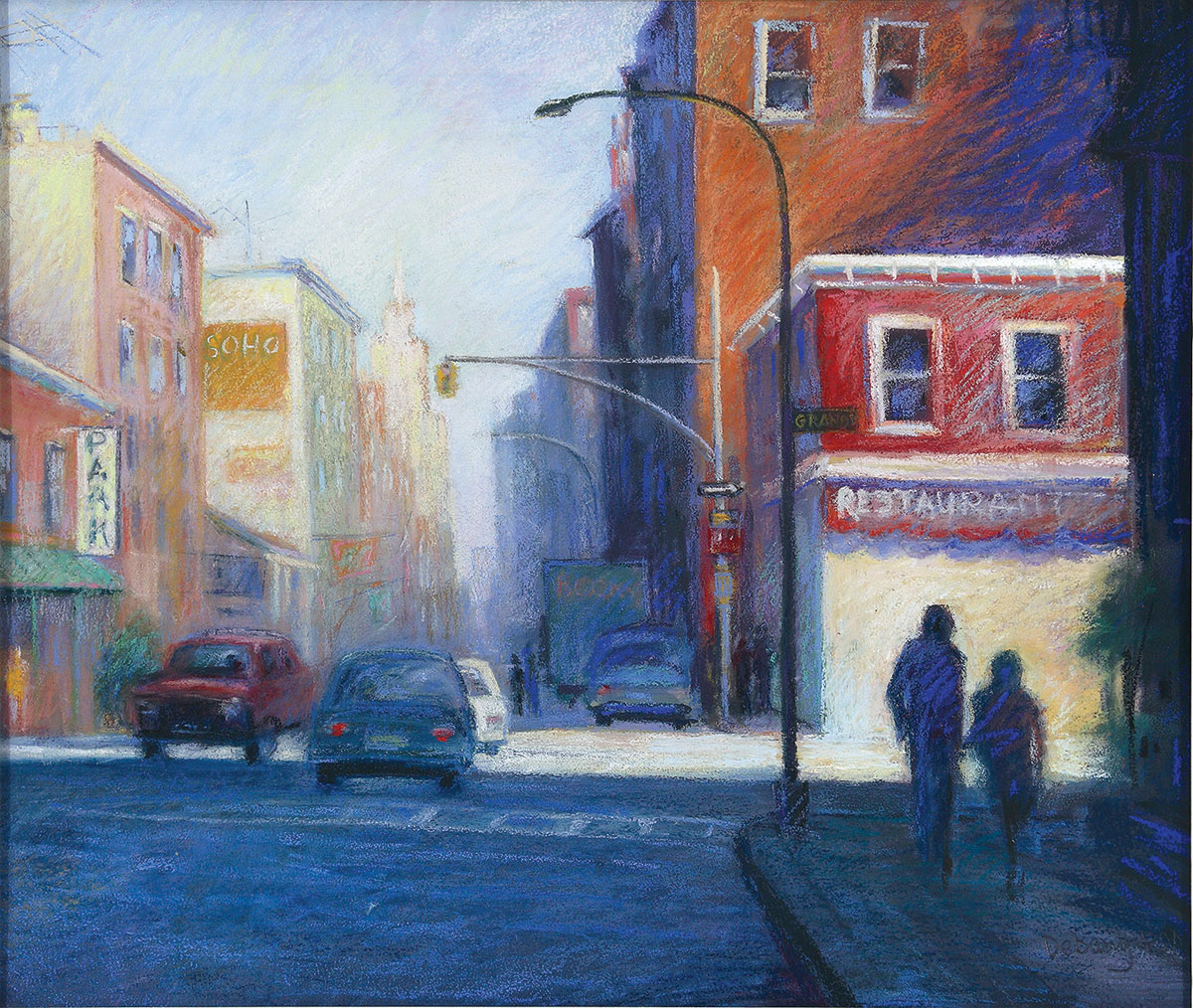 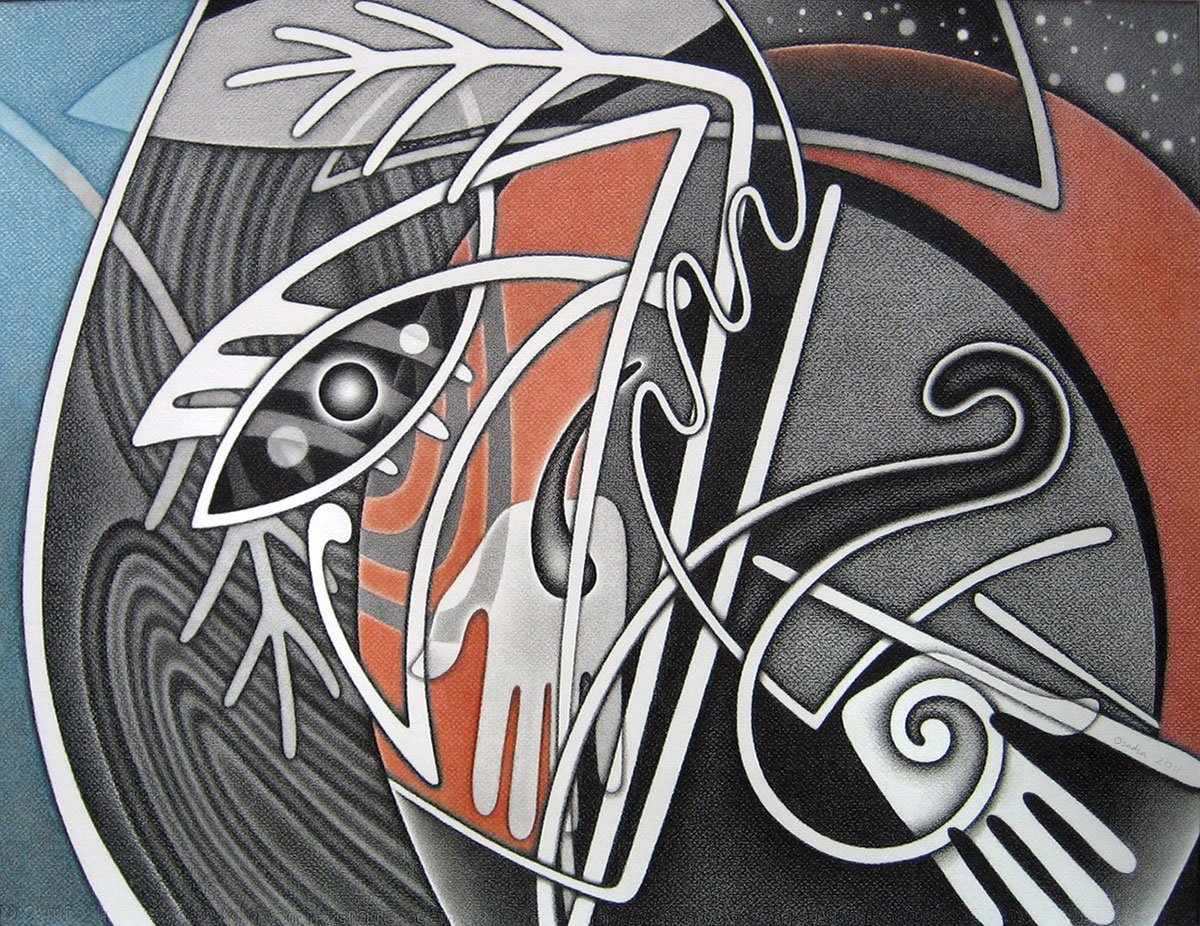 NEW YORK – “The Ukrainian Diaspora: Women Artists, 1908-2015,” which opened at The Ukrainian Museum on October 18, is the first major exhibition to examine the relationship between Ukrainian identity and women artists beyond the borders of geographic Ukraine. It features over 100 works by 43 artists, primarily from North America, where the largest artist population resides, but also from Europe.

A majority of the artists belong to the third wave of immigration, after World War II, when the loss of childhood home and country had to be negotiated in a new host land, and where cultural identity, community and gender roles were redefined and transformed. These artists were either born in Ukraine before the war or born abroad into the 1960s. Also included are artists predating the third immigration wave, whose work had matured or was already emerging by the time of World War II, as well as several artists of the post-Soviet fourth immigration wave.

Among the artists represented, adherence to their Ukrainian cultural identity is paradoxically simple and complex. While they would arguably agree that they are tied to it, the depth of that connection and its relevance to their personal lives, work and relationships manifests itself in profoundly different ways, and is influenced as much by life circumstances as it is by the audience for whom they are creating their art. It may also change over time. 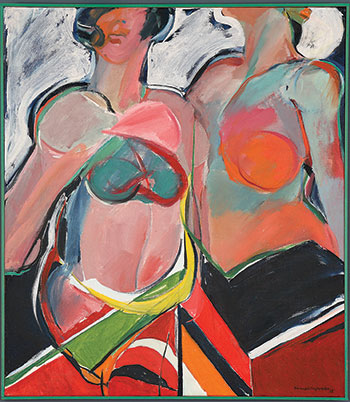 “The Ukrainian Diaspora: Women Artists, 1908-2015” thus endeavors to present a broad range of works, illustrating multiple pathways with which artists have chosen to articulate, transform, hybridize or seemingly disengage from this sensibility.

Some works directly assert a connection to Ukrainian themes, representational forms and historical events. These include Yaroslava Surmach Mills’ reverse glass paintings of Ukrainian folk life and ritual traditions, and Christina Kudryk’s painting “The Promised Land” (2011), from her “Heritage” series, addressing one’s past immigration experience, as well as her “Maidan” (2014), expressing shock and anguish at the protests and massacre on Kyiv’s Maidan Square during the winter of 2013-2014, just as Yulia Pinkusevich re-created its chaos in “Silencing the Cacophony” (2015). Sonia Delaunay’s memories of the beautiful colors of nature in her childhood home in Ukraine are a personal reference contributing to the development of her color theories and fashion design practice, as seen in the two untitled etching and color aquatints. 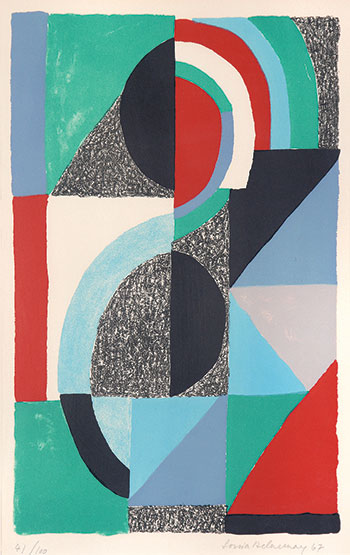 Many more works resist such clear relationships, occupying a realm of visual engagement rich with multiple cultural associations, including (but not exclusively) Ukrainian.

Those familiar with Ukrainian embroidery and its history would likely recognize a link between the hunter green, black, orange and red color palette commonly used in regions of western Ukraine and a similar color range in Lialia Kuchma’s small tapestry, “Extract” (2010), although clear references between the Ukrainian association and its final manifestation are not explicitly put forth within the artwork itself. Nor would viewers be aware that “Extract” previously existed in the shape of an oblong ritual cloth – similar to a Ukrainian “rushnyk” – and was later changed to meet new aesthetic interests.

“Midsummer” by contemporary artist Inka Essenhigh is escapist and fantasy-like, composed of a narrow range of color, and emphasizes the environment rather than the central figure. Ms. Essenhigh’s surrealistic style is a decisive departure from clearly defined narratives, an exploration into an internal world where ambiguity prevails. 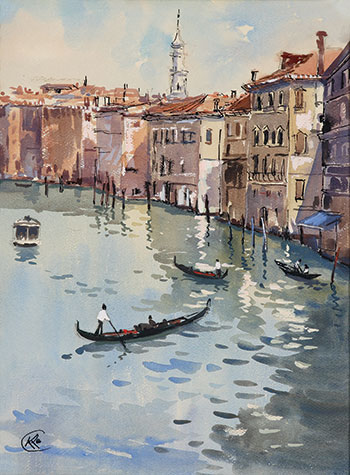 The purpose of the exhibition is to expand notions of “Ukrainianness” in art beyond its typical associations with traditional folk art as a woman’s practice. The majority of the artists in the exhibition are over the age of 50 and experienced a number of the issues that many women artists faced during the women’s liberation movement. These issues included mediating a masculinized art mainstream that diminished or excluded ethnics just as it did women, and making a conscious decision to pursue the contemporary aesthetic agendas traditionally associated with male art practice, such as welded sculpture and formalist painting. In addition, many artists had to reconcile personally the diaspora’s emphasis on traditional art as the most effective way of preserving Ukrainian identity.

Multiple types of artwork are included in the exhibition, illustrating the range of media and subjects, styles and aesthetic ideas with which these artists have worked. These include icon painting; the traditional academic genres of still life, portraiture and landscape; figurative sculpture; abstract painting; tapestry; and mixed-media works. 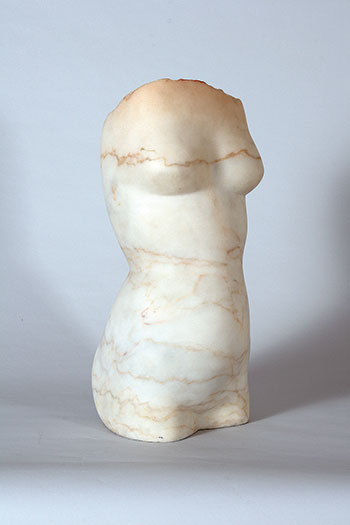 The exhibition “The Ukrainian Diaspora: Women Artists, 1908-2015” is made possible with major support from the Ukrainian National Women’s League of America and numerous private donors. 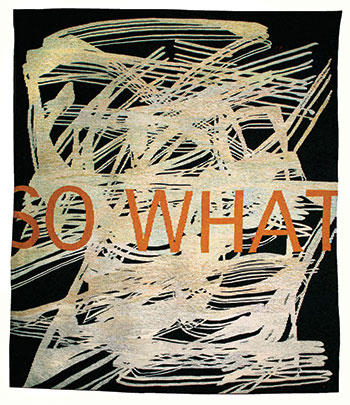 Jaroslava Lialia Kuchma’s “So What” (2013, wool weft and cotton warp).

A softcover, color illustrated catalogue accompanies the exhibition. The essay written by guest curator Adrienne Kochman and the checklist are bilingual (English and Ukrainian).

Adrienne Kochman, Ph.D., is an art historian, curator and writer. She has published and lectured nationally and internationally, and taught art history for 20 years. She is currently a lecturer at the School of the Art Institute of Chicago and most recently curated “Artists Respond to Genocide” (2013) for the Ukrainian Institute of Modern Art, Chicago.