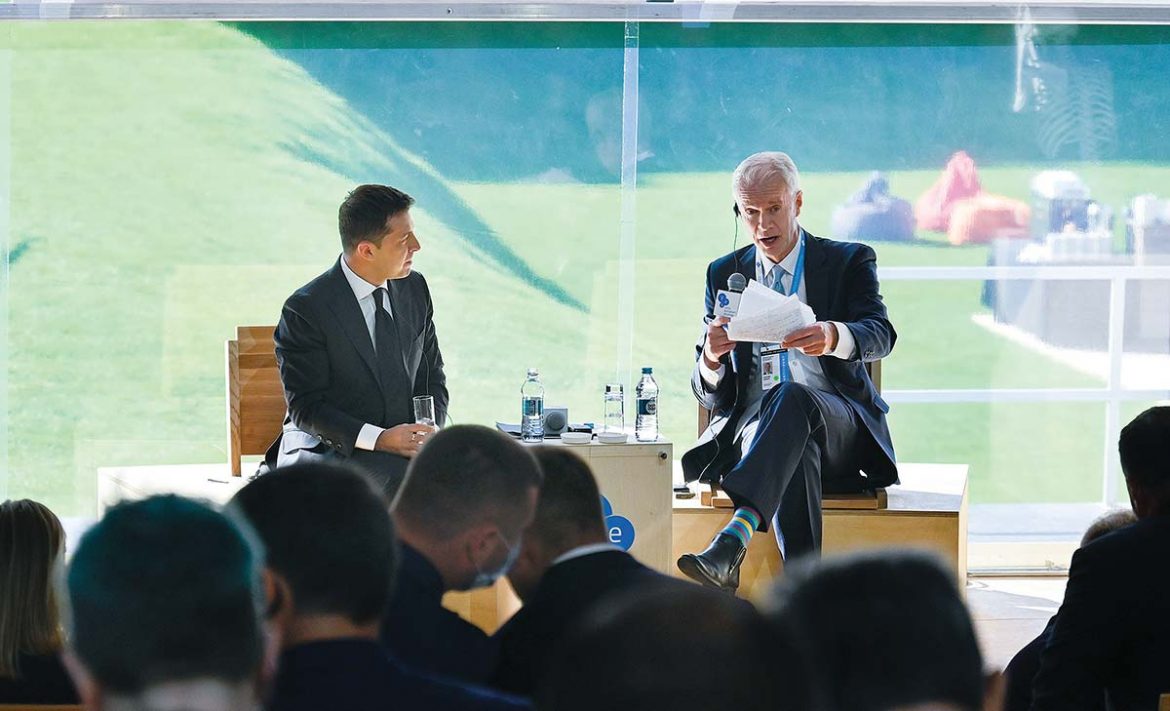 KYIV – Ukraine’s attempt to reform its unruly judicial system reached a pivotal point on September 13 when the body that disciplines judges failed to appoint three of its own members to a corresponding ethics committee that is supposed to vet members of the High Council of Justice (HCJ).

The body, which mainly hires and fires judges, didn’t appoint three judges to the committee who were to be joined by three international experts that were chosen on September 10 jointly by a delegation of officials from the U.S., the European Union, Germany, Canada, the United Kingdom, the Council of Europe, the U.N. Development Program and the European Bank for Reconstruction and Development.

As a result, the committee wasn’t formed and could not move forward with crucial reforms needed to promote the establishment of the rule of law and for the war-torn country to continue receiving Western financial backing.

The country’s judges are viewed by international experts and local corruption watchdogs as the main bottleneck to rooting out corruption. Independent public opinion polls consistently show that the courts are one of the least trusted governmental institutions in Ukraine.

The international delegation also presented experts for their appointment to the selection commission for the High Qualification Commission of Judges.

“All experts have superior credentials and experience as senior judges, prosecutors and [are] leading experts on judicial ethics, selection and anti-corruption,” the Council of Europe said in a news release.

Failure to form the ethics committee that is supposed to conduct due diligence on the integrity of candidates and members of the HCJ prompted Ukrainian President Volodymyr Zelenskyy to schedule a meeting with ambassadors from the so-called Group of Seven industrially-developed countries that includes the U.S. and Canada.

That meeting was held on September 16 with the participation of the heads of the judicial bodies, in particular the chairman of the Council of Judges, the Supreme Court and members of parliament.

Mr. Zelenskyy, however, didn’t chair the meeting. It was instead led by Andriy Smirnov, a trained lawyer who is a deputy head of the presidential office.

It was held to stop the “derailing” of judicial reform, a presidential office statement said on September 13.

An ensuing statement on September 16 from the meeting’s participants “insisted on the speedy completion of the formation of the Ethics Council.”

It voiced “concern” that the ethics committee wasn’t formed within the 30-day period required by law.

The statement also “categorically” said it doesn’t “accept any attempts to jeopardize the implementation of vital reform for Ukraine, aimed at strengthening the rule of law, increasing public confidence in the judiciary, attracting foreign investment and the Euro-Atlantic future of Ukraine.”

Separately, the deputy head of the United Kingdom’s diplomatic mission to Kyiv, Nicolas Harrocks, said “Ukraine currently has quality legislation to clean up and restart the High Council of Justice, and it must be complied with.”

The EU’s chief envoy, Matti Maasikas, “stressed that judicial reform is not only an internal issue for Ukraine, its successful implementation will directly determine the country’s foreign policy image, attracting international aid and investment,” the Ukrainian presidential statement said.

Ukraine is currently at a constitutional loggerhead ever since Mr. Zelenskyy sidelined the chief justice of the Constitutional Court, Oleksandr Tupytskyi, in March. The president has instead used the National Security and Defense Council to impose sanctions on individuals and business entities perceived as national security or terrorist threats.

The stand-off with the chief justice started last year when the court began to overturn anti-corruption legislation and Mr. Tupystkyi was dismissed in March in a controversial move that is being challenged in court. He is still listed as the chief justice on the Constitutional Court’s website.

As of September 14, the HCJ has dismissed 146 judges this year.  Of that number seven were dismissed “under special circumstances,” while the remainder either resigned or stepped down “for personal reasons.”

There are 5,273 robed judges serving in Ukraine with 2,031 benches vacant as of September 8, state news agency Ukrinform reported.