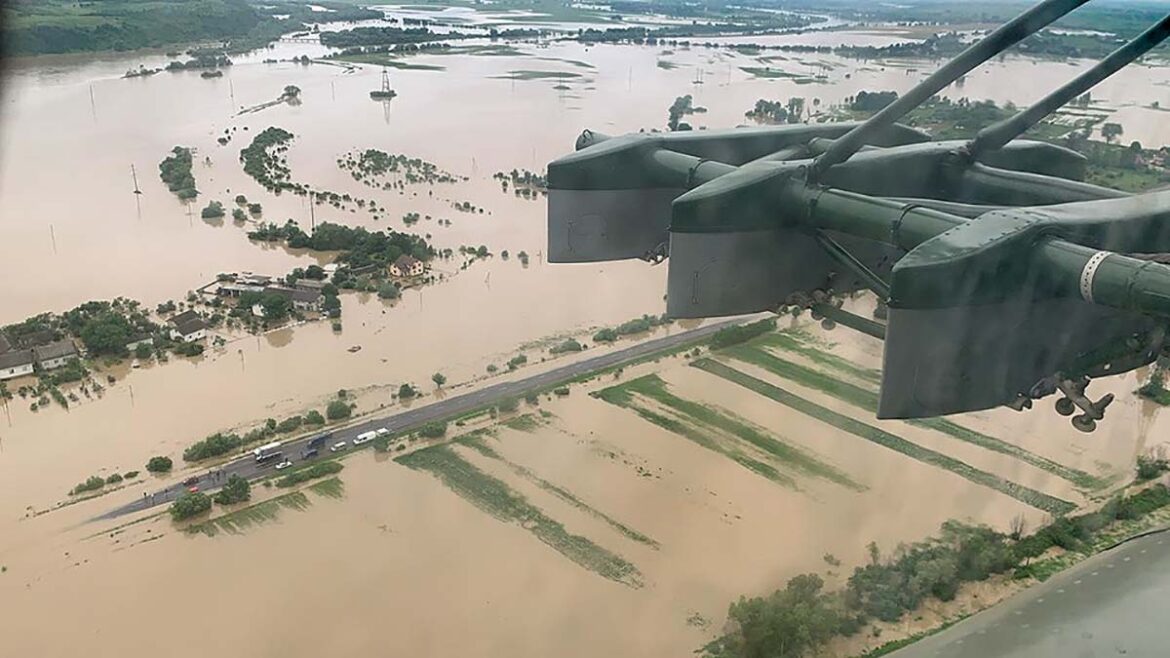 A view of the flooding in western regions of Ukraine.

Rainstorms in western Ukraine have killed three people and forced hundreds of others to evacuate their homes. The flooding has affected Ukraine’s western regions of Ivano-Frankivsk, Chernivtsi, Zakarpattia and Lviv.

The three deaths occurred in the Verkhovyna district of the Ivano-Frankivsk region, an area that has been cut off by flooded roads.

While many residents stayed behind to guard their property, Mr. Avakov said about 800 people had been evacuated since the rains began on June 22.

Footage from regional authorities and on social media showed raging mountain rivers, a partially submerged village, and fields and roads that are covered by water.

An Internal Affairs Ministry statement called it the most powerful flooding in many years. It said four helicopters, one airplane and 150 soldiers have been deployed in the disaster zone.

Based on reporting by Reuters and Floodlist.com.