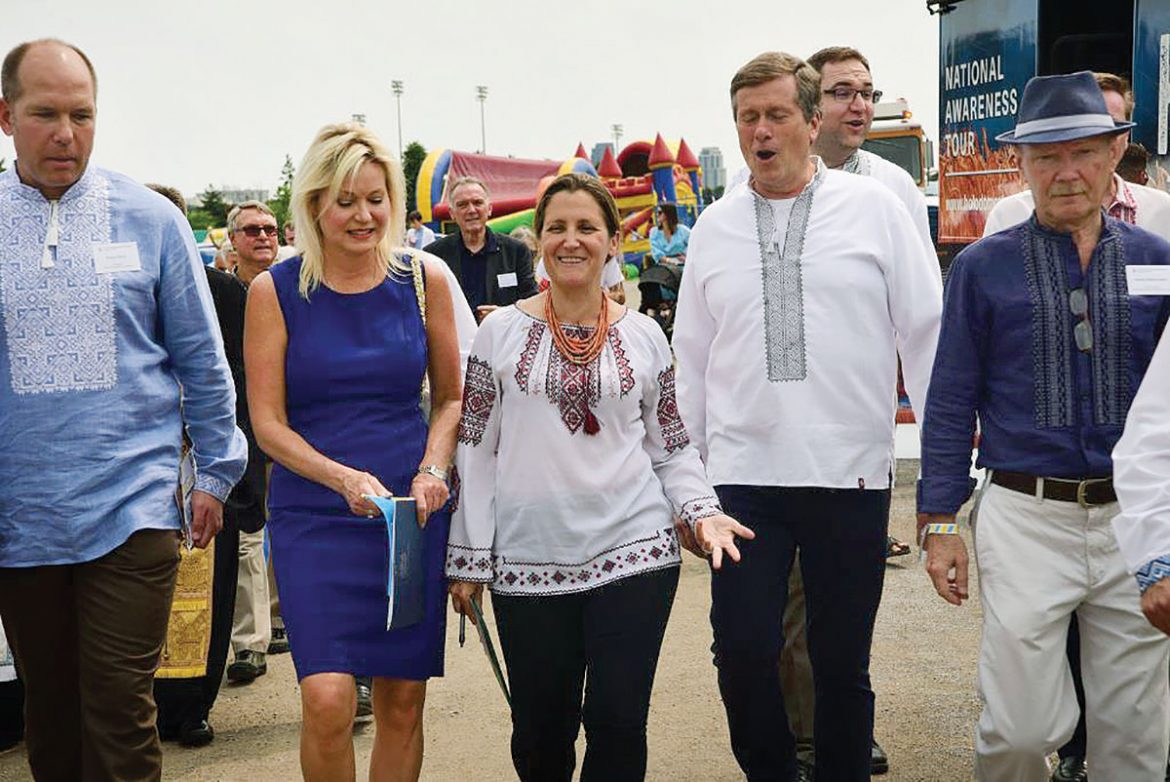 TORONTO – The Ukrainian Canadian Congress – Toronto Branch hosted the 27th annual Ukrainian Independence Day celebration on August 18 at Centennial Park in Toronto – now deemed to be the largest celebration of its kind in all of North America and in the Ukrainian diaspora.

Blessed with superb weather, an excellent turnout and a robust succession of prominent entertainment, the day was a huge success. Many greetings and praises were received from all levels of Canadian government and special guests.

After prayers and blessings, UCC Toronto President Taras Bahriy opened the ceremonies and welcomed the crowd, introducing this year’s theme “100 Years of Struggle for Freedom.” This dates back to 1918 when Ukraine rose up from the ashes of tsarist Russia to declare the establishment of the Ukrainian National Republic. After this effort was brutally suppressed and defeated, the nation rose up again to fight both the Soviets and the Nazis in World War II. Thwarted but surviving, the spirit of the people surfaced again in 1991, when Ukraine once again declared its independence and the USSR’s collapse followed. 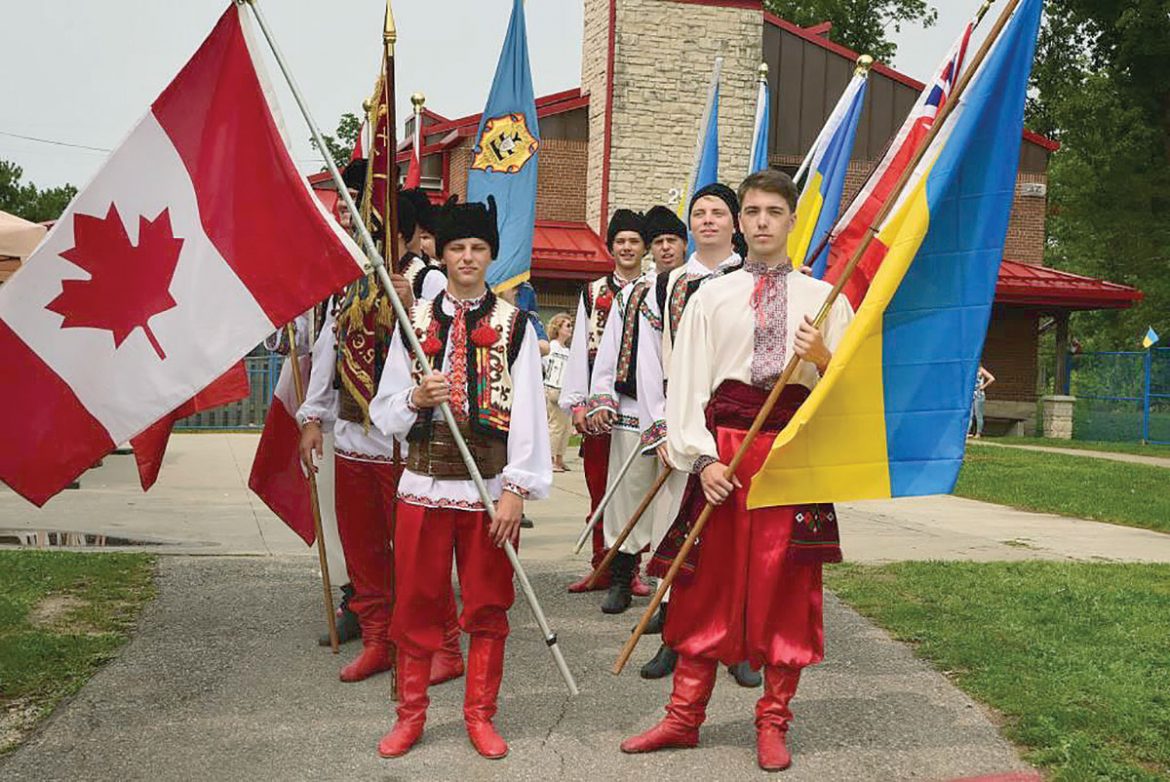 The struggle for “freedom from tyranny, freedom from bondage, freedom from continuous oppression, exploitation and injustice” is continuing today in eastern Ukraine as “the people are still fighting and dying again against a relentless aggressor who is determined to once again subjugate the Ukrainian people under the Imperial boot of Russia,” explained Bohdan Wynnyckyj, president of the UCC Ontario Provincial Council, in his introductory remarks.

Ukraine’s Consul General Andrij Veselovskyi greeted the crowd with his encouraging words: “The tide is against our invader because of all the international support and because of Canada’s strong support at the G-7 meetings. We will win, and we will become a strong European country.”

Perhaps the most heartening remarks came from Minister of Foreign Affairs Chrystia Freeland, who let the audience know that Canadian troops would be in Kyiv on August 24, marching in the parade in support of Ukrainian independence, that Canada will be hosting the third annual conference on Ukrainian Economic Reforms, and that she and President Petro Poroshenko agree that standing with Ukraine and supporting the troops in eastern Ukraine amounts to standing for freedom and democracy all over Europe and the World.

Members of the Provincial Parliament Kinga Surma, Christine Hogarth, Natalia Kusendova and Kaleed Rasheed came forward to provide greetings on behalf of the government of Ontario, and the province’s Premier, Doug Ford, participated in the crowd festivities. Rima Berns-McGown provided greetings from the leader of the New Democratic Party.

Mr. Tory, who was instrumental in obtaining a prominent Toronto location for the Holodomor memorial, said he “will be there to proudly celebrate the unveiling of this monument… and this will be a very important occasion, a great day for Toronto, a great day for Ukraine, and a great day for all of the Ukrainian community.”

Also bringing greetings, Mississauga Mayor Bonnie Crombie quipped at how Ontario has now displaced the West in having the largest Ukrainian Diaspora.

Paul Grod, national president of the UCC, offered closing remarks, thanking all levels of the Canadian government for standing in support of Ukraine and helping keep an imperialist Russia and the Kremlin at bay. 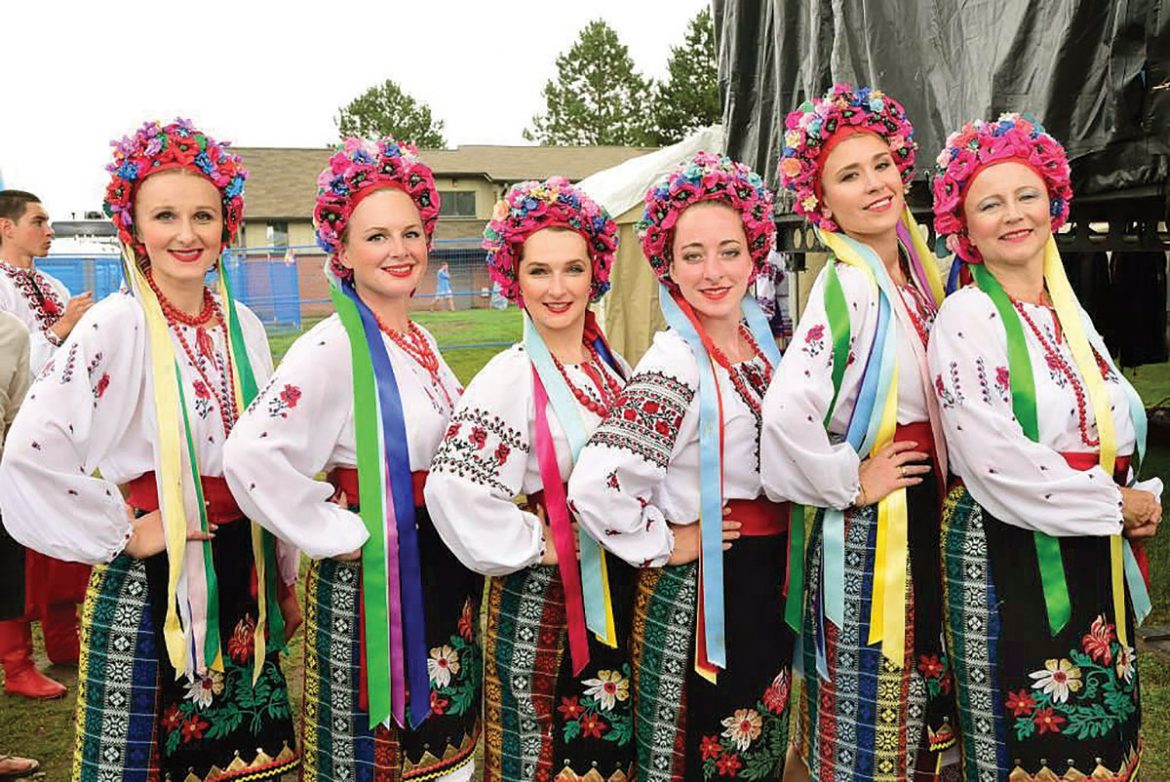 Dancers get ready to perform on stage.

The afternoon was expertly emceed by Larysa Bajus and Myron Konyk.

This year the very vibrant and colorful concert program and stage show included a variety of local Ukrainian dance and musical performers, as well as special guest artists from Ukraine. The enthusiastic audience was entertained by Toronto’s renowned dance ensembles – Ukraina, Barvinok and Vesnyanka, the Baturyn Marching and Concert Band, and the Prometheus Choir. Among the celebrated guest entertainers from Ukraine were: the musical Ensemble Otava from Ternopil, soloists Myroslava Solovyanenko, Pavlo Fondera, Ihor and Adrianna Artemiak, and Mad Heads frontman Vadym Krasnooky from Kyiv, who delighted the audience with their performances.

At the shopping bazaar, embroidered blouses, jewelry and arts vendors offered their many wares to an eager crowd. As always, the Ukrainian Canadian School Board provided a robust children’s amusement center that included inflatables, games and crafts. A large classroom bus displaying and teaching the history of the Holodomor was a moving attraction for those desiring to learn about the 1932-1933 Ukrainian famine-genocide.

The day was concluded with a lively outdoor “zabava” (dance) at the Carpathian Lounge, where a capacity crowd of revelers danced to the music of Dunai well into the night.

“This annual celebration could not have happened without the help and support of many valued volunteers and our generous sponsors,” said Mr. Bahriy. Platinum Plus sponsors for 2018 were Horodynsky Farms and Northland Power. Platinum sponsors were Buduchnist Credit Union, the Zaraska Family and Transam Carriers; gold sponsors were “Bitter Harvest” (the movie), Caravan Group, Halenda’s Meat, Huculak Foundation, Meest Corp., Stageworks Systems and Ukrainian Credit Union; silver sponsors were AA Floors, New Canadian Drain & Plumbing and the Shevchenko Foundation.

The UCC Toronto Independence Day organizing committee and a team of hard-working volunteers spent six months in planning work, then on Friday, August 17, began to set up the event, ran it all day Saturday, and completed the take-down and clean-up on Sunday.

After the culmination of a successful event of stage shows, food fairs, beverage gardens, marketplaces, children’s activities, sports tourneys  and a “zabava,” organizers invite all to join the UCC Toronto in the planning of next year’s Ukrainian Independence Day celebration.

UCC Toronto is a not-for-profit umbrella association with 62 member organizations that coordinates and represents the Ukrainian Canadian community to ensure its continued and cohesive development within Canada’s socio-cultural fabric. For more information, readers may visit www.ucctoronto.ca.