CHICAGO – The long arm of the U.S. justice system once again has fixated on the upper echelons of Ukraine’s oligarchic class. Two moguls last week were accused of stealing billions of dollars from a Ukrainian bank they previously owned and laundering some of the proceeds by amassing assets in six states. 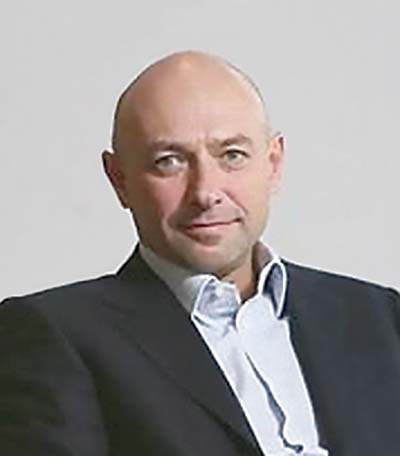 The U.S. Department of Justice, in a complaint filed on August 6, alleged that longtime Ukrainian business partners Ihor Kolomoisky and Gennadiy Boholiubov had concealed at least $70 million of misappropriated funds in the United States by purchasing “5 million square feet of commercial real estate in Ohio, steel plants in Kentucky, West Virginia and Michigan, and cell-phone manufacturing plant in Illinois” as well as commercial real estate in Texas, “among others,” a news release stated. 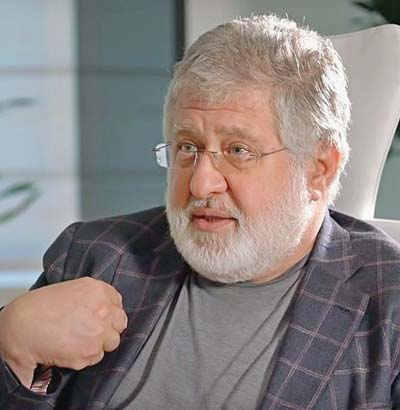 One of the legal complaints, filed in the Southern District of Florida, is a civil forfeiture case that seeks to seize the assets linked to the two men; it does not constitute criminal charges. A news release from the Justice Department noted that FBI’s Cleveland Division is investigating the case with support from FBI’s International Corruption Unit, IRS Criminal Investigation, and U.S. Customs and Border Protection.

The complaints made available to the public allege that Messrs. Kolomoisky and Boholiubov – through their former ownership of PrivatBank in Ukraine – “embezzled and defrauded the bank of billions of dollars” while acquiring property in the U.S. as part of a “conspiracy to launder money…”

He said that “all investments were made from personal funds received in 2007-2008” from the sale of Ukraine-based steel assets and “from the income of other businesses” with accounts at PrivatBank. “Everything else is categorically rejected,” Mr. Kolomoisky added.

The two former majority owners of Ukraine’s largest commercial bank lost control over it in 2016 when it was nationalized after international auditors found a shortfall of about $5.5 billion on its balance sheets.

Mr. Kolomoisky, who backed the candidacy of Ukraine’s President Volodymyr Zelenskyy, is not facing criminal charges in Ukraine, but he was on self-imposed exile in Israel and elsewhere until 2019 when Mr. Zelenskyy’s electoral victory was secured.

Once beyond the control of Messrs. Kolomoisky and Boholiubov, PrivatBank embarked on lawsuits in numerous jurisdictions, including the United Kingdom, Israel and the U.S., to either freeze their assets or receive reimbursements for losses.

At the time of its nationalization, PrivatBank “accounted for approximately 25 percent of the [Ukrainian] banking sector …and held deposits in excess of $6 billion, which comprised approximately 33 percent of individual deposits in Ukraine,” the legal complaint in Florida says.

However, Mr. Kolomoisky maintains he is the rightful owner of the bank and has filed counter lawsuits in Ukraine to regain ownership.

The bank’s takeover was part of a larger clean-up of Ukraine’s banking system, which was riddled with related-party lending and owners who used their financial institutions as their private piggy banks.

Reforms in Ukraine’s banking system were also a prerequisite for receiving bail-out funding from the Washington-based International Monetary Fund.

A new $5 billion program was approved by the IMF in June only after Kyiv passed legislation that preserves the clean-up and prevents previous owners of liquidated banks or ones that have been nationalized from restoring ownership or obtaining compensation.

Involved in litigation to receive funds that were bailed-in during the bank’s nationalization are brothers Hennadiy and Ihor Surkis. The U.S.-based corporate forensics investigator Kroll, in its audit of PrivatBank commissioned by Ukraine’s central bank, found they had engaged in a huge loan recycling program whereby they took out loans from the lender and deposited the money at higher interest rates.

The brothers have been involved in Ukrainian and international soccer for more than two decades. Hennadiy Surkis is a former longtime executive vice-president of Europe’s soccer governing body – UEFA. His younger brother is the owner of the Dynamo Kyiv soccer club.

“The loans, which totaled $361 million, were grouped in batches, within which loans were issued within minutes of each other before being immediately channeled through a web of transactions between related party company accounts which appeared to have no obvious commercial purpose,” says a portion of the 2017 Kroll report that was made public.

According to Kroll, some $245 million of the Surkises’ money was bailed-in through six deposit accounts from various companies registered offshore, including the British Virgin Islands.

The two men deny the allegations and are suing to recover the bailed-in money in Ukrainian courts.

A separate civil lawsuit filed in Delaware by PrivatBank against the bank’s previous owners was amended on July 21; it alleges that Messrs. Kolomoisky and Boholiubov had laundered more money than what previously had been uncovered.

The new filing states that they funneled nearly $800 million in the U.S.: $660 million through a group of U.S. companies with the name “Optima” used variously in conjunction with other words, and an additional $100 million through other U.S. entities.

Both men deny these allegations.

The former was convicted of laundering $30 million in 2009 stemming from nefarious activities from the previous decade and ordered to pay a $9 million fine and spend 97 months in prison.

Mr. Firtash is facing extradition from Vienna, where he is currently under house arrest, to the U.S. on international corruption charges that relate to a titanium mining contract in India that was intended to supply parts for aeronautical manufacturer Boeing. He denies the charges and insists they are politically motivated.

Whereas Messrs. Kolomoisky and Boholiubov are not facing criminal charges in Ukraine, other previous owners of banks are. They include the owner of Ukraine’s largest egg producer, Oleh Bahmatiuk, and iron-ore mogul Kostyantyn Zhevago.

Both have denied wrongdoing and currently are living abroad, ostensibly to avoid prosecution.