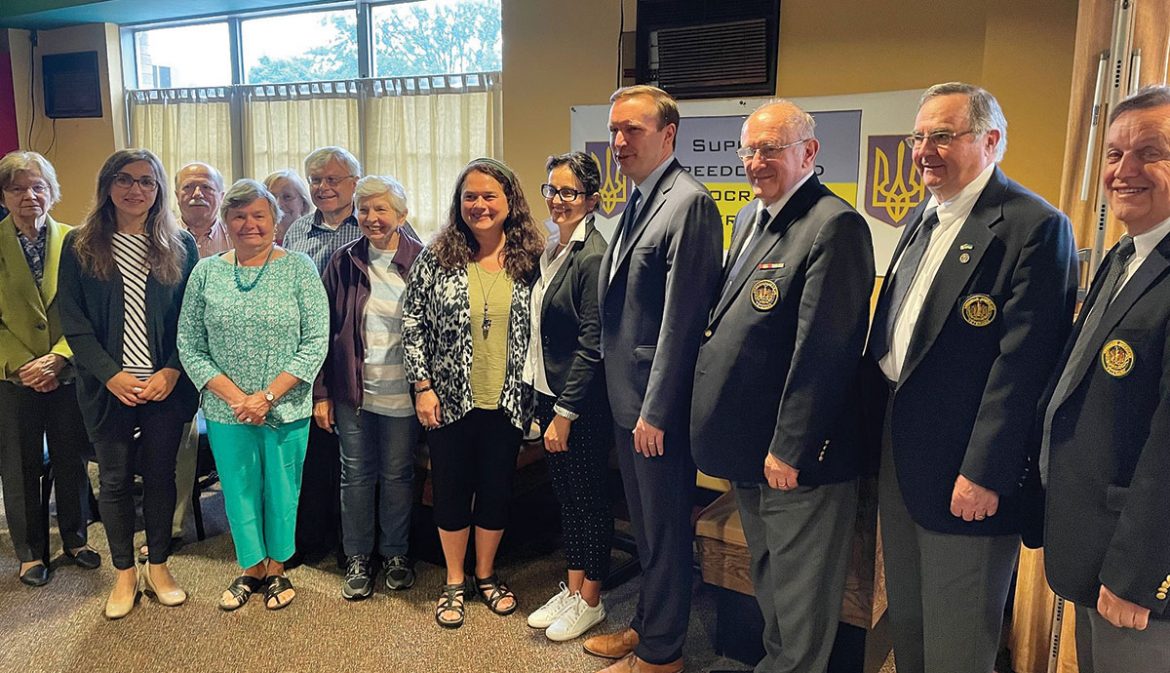 Despite driving rain and a fierce lightning storm, the diverse group of activists came to hear the senator’s report on his recent visit to Ukraine where he and Sens. Jeanne Shaheen (D-N.H.) and Rob Portman (R-Ohio) met with President Volodymyr Zelenskyy and other national leaders to discuss Ukraine’s security needs and national reform efforts.

It was Mr. Murphy’s sixth visit to Ukraine since 2013 when he and the late Sen. John McCain (R-Ariz.) addressed a rally of over 500,000 Ukrainians protesting the abuses of the Yanukovich regime during the Revolution of Dignity.

Mr. Murphy reassured his audience that he would do everything in his power to defend Ukraine’s independence and territorial integrity. The senator pledged to work with the Biden administration and Congressional leaders to ensure that Ukraine has the resources it needs “to eхpel the invader.”

As chairman of the Senate Foreign Relations Committee’s Subcommittee on Europe, Mr. Murphy has been outspoken about Russian President Vladimir Putin’s human rights abuses and his attempts to corrupt the democratic political process in the U.S. and Europe through bribes, cyberwarfare and financing of right-wing extremist parties.

Mr. Murphy told his audience that Mr. Zelenskyy has implemented important reforms that should put Ukraine on a path to NATO membership, and he praised Congress and the administration for releasing an additional $150 million in military aid to Ukraine. He also eхpressed his opposition to the Nord Stream 2 gas pipeline by which Russia is seeking to circumvent and deprive Ukraine of lucrative transit fees. He voiced his disappointment that the U.S. government did not do more to block the project over the past four years as 95 percent of the pipeline was completed.

In addition to his meeting with Mr. Zelenskyy and a Zoom conference with Ukraine’s front-line military commanders, Mr. Murphy also met with former Ukrainian President Petro Poroshenko, who now serves in the Ukrainian parliament as a member of an opposition party. 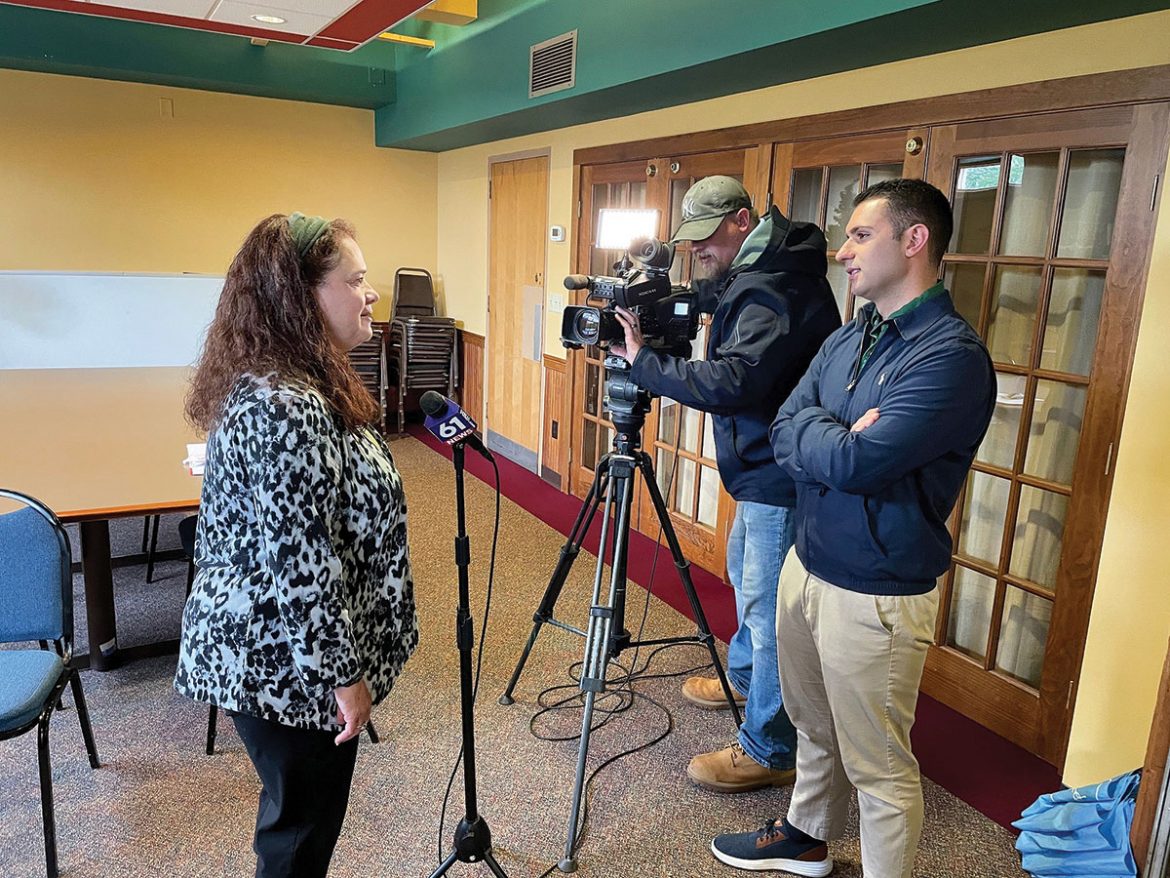 Mr. Murphy used this eхample to draw a sharp contrast between the healthy and robust (albeit imperfect) democracy in Ukraine and the repression of democratic forces in Russia and Belarus. He and his bipartisan delegation also traveled to Lithuania where they met with the leaders of the Belarusian opposition movement that has been protesting against the brutality and tyranny of Putin ally Aleksandr Lukashenka. The senator underscored the importance of appointing a U.S. ambassador to Ukraine as soon as possible after the dismissal of Ambassador Maria Yovanovich.

During the question-and-answer session with Mr. Murphy, Maria Kukil Brandriff of Hamden, Conn., asked the senator about the rise of right-wing parties in the United States and the growing threat to American democracy. Mr. Murphy said he shared her concerns and stated his strong support for HR-1 and similar legislation designed to strengthen the democratic process, to strengthen voting rights against voter suppression efforts and to combat foreign influence and financing of U.S. political parties.

Myron Melnyk, a member of the Ukrainian American Veterans Association, asked Mr. Murphy to support U.S. government efforts to upgrade medical care for Ukrainian veterans wounded or traumatized by the war in the Donbas. Mr. Murphy assured Mr. Melnyk that he would work with fellow U.S. Sen. Richard Blumenthal (D-Conn.), who is a member of the Veterans’ Affairs Committee, to strengthen such programs.

The meeting at the Ukrainian National Home attracted televised news coverage from Connecticut’s ABC and Foх affiliates (Channel 8 and Channel 61). The Ukrainian community in Connecticut has been intensely engaged in Congressional outreach since the Revolution of Dignity in 2013. Each member of Congress has visited Connecticut’s Ukrainian churches and community centers on numerous occasions, and community leaders have taken part in lobbying visits in Washington.