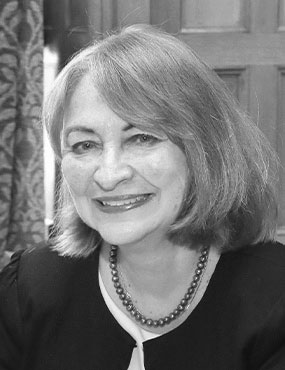 Sen. Donna Dasko, a new member of the Advisory Council of the Ukrainian Canadian Congress.

Sen. Dasko, a Winnipeg native and mother of two, was appointed to the Senate by Prime Minister of Canada Justin Trudeau on June 6, 2018. With extensive public policy experience as a respected national pollster, media commentator and private sector business leader, Sen. Dasko holds a Ph.D. in Sociology from the University of Toronto and previously served as senior vice-president of Environics Research Group Ltd. She is a Senior Fellow at the University of Toronto’s Munk School of Global Affairs and Public Policy, where she taught in its Master’s program prior to her Senate appointment and she is a member of Statistics Canada’s Advisory Committee on Social Conditions.

Serving on the Board of Directors of the Women’s Legal Education and Action Fund, which promotes equality rights for women, Sen. Dasko co-founded the Campaign for an Equal Senate for Canada, an initiative to promote a gender-equal Senate, and she works with the National Democratic Institute on issues related to women in politics internationally.

The UCC Advisory Council comprises prominent and exemplary supporters of the Ukrainian Canadian community who have demonstrated outstanding leadership and have made significant contributions to the community. Members of the Advisory Council are nationally recognized and respected Canadians who provide strategic guidance, expertise and cognitive strengths to help shape the current and future priorities of the Ukrainian Canadian community and who provide meaningful input and support to the UCC as the umbrella organization for Ukrainians in Canada. The Advisory Council provides advice to the President and the Executive Committee of the UCC.
Additional information about the UCC’s Advisory Council can be found on the UCC’s website, www.ucc.ca/about-ucc/leadership/advisory-council/.