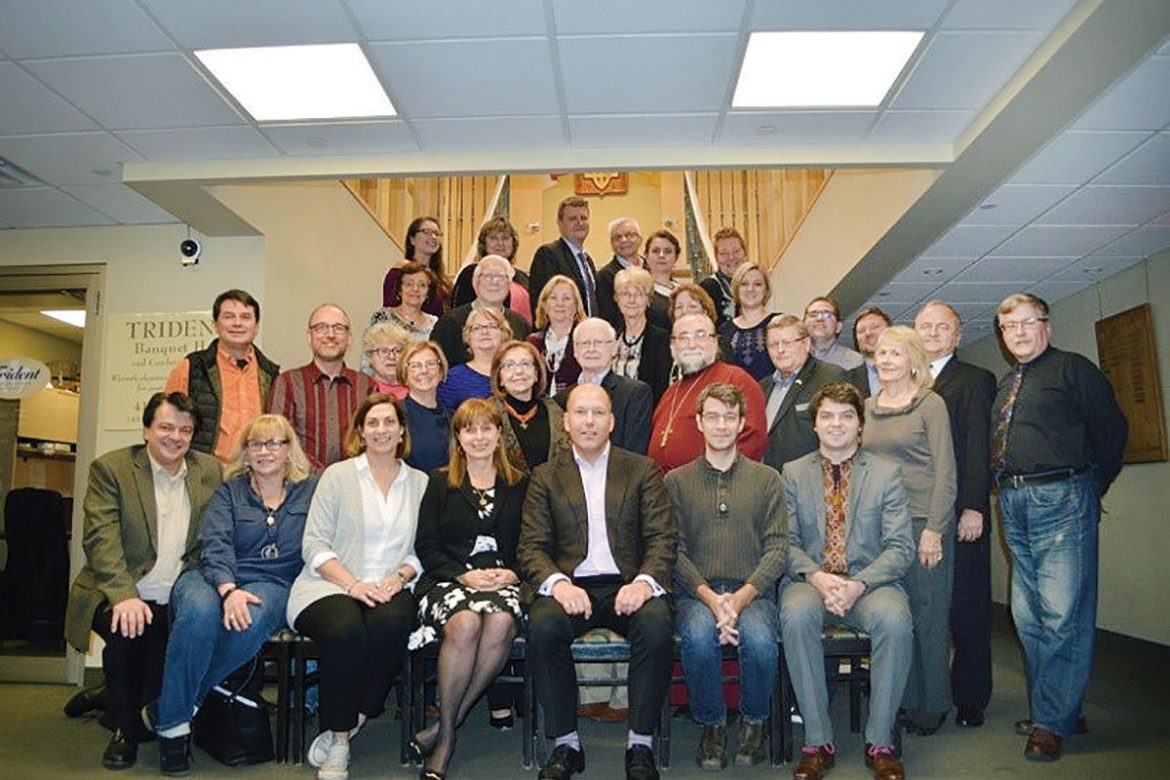 The Board of Directors of the Ukrainian Canadian Congress meeting at its strategic planning session in Toronto.

Directors from across Canada represented their member organizations and created detailed plans to operationalize these resolutions in order to address the needs and priorities of the Ukrainian Canadian community.

Dr. Roman Petryshyn of the Canadian Institute of Ukrainian Studies (CIUS) delivered an insightful presentation on the history and cultural identity of the Ukrainian Canadian community. The presentation encouraged critical thought concerning the UCC’s role in representing the 1.3 million Ukrainians across Canada.

The UCC is supported by strong and focused committees that work on specialties on short- and long-term bases. Following each triennial congress, these committees are disbanded and the board must restructure the committees to deliver its strategic outcomes for the next cycle.

Outcomes of the strategic planning

The board members met with community chairs and developed specific plans pertaining to each committee in addressing each of the resolutions set out by the triennial congress. Some notable examples include:

• Project Link, which will enable local community members to inform their Members of Parliament on issues concerning the Ukrainian Canadian community;

• Canadian Parliamentary Internship Program, which will provide opportunities in youth leadership at the federal level in Ottawa;

• Holodomor Awareness, which is embarking on an internationally based plan to commemorate the 85th anniversary of the Famine-Genocide;

• National School Council, which will standardize curriculums on Ukrainian history and implement best practices into “ridni shkoly” (schools of Ukrainian studies), bilingual and heritage schools; and

• Religious Affairs Committee, which will strengthen linkages between the UCC and religious groups that serve the Ukrainian community.

To demonstrate the UCC’s commitment to its resolutions, the committees will share terms of reference online at http://www.ucc.ca/programs/committees/. The committees will make deliberate efforts to build committee membership and share information regarding their work plans.

The UCC is also looking for community members to work with the organization to help deliver these initiatives. Readers can learn more by calling the UCC office at 204-942-4627 or completing the Committee Volunteer Application form online at www.ucc.ca.