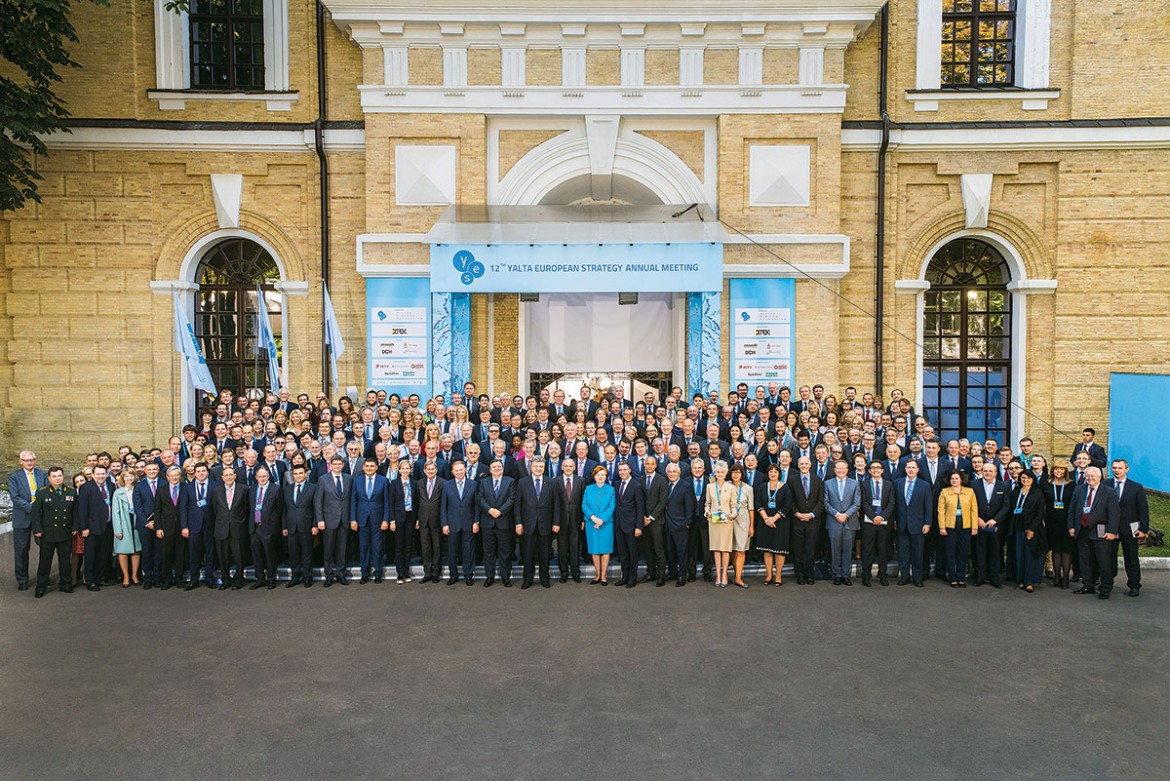 KYIV – The Ukrainian Canadian Congress (UCC) participated in the 12th Yalta European Strategy (YES) Annual Meeting, held in Kyiv on September 10-12. YES is the “go to” conference for the current state of affairs of Ukraine and brings together many of the top political, defense and finance leaders from around the world.

Before the Russian invasion and occupation of Crimea, the YES meeting was held in Yalta. For the last two years, it has been held in Kyiv. The theme of this year’s meeting was “At Risk: How New Ukraine’s Fate Affects Europe and the World,” and the focus was on security, economy and reforms.

“The consensus among presenters and speakers was that the government of Ukraine is making real progress on reforms in a very difficult environment and that Europe and the U.S. must step up their efforts to support Ukraine,” stated UCC National President and Ukrainian World Congress Vice-President Paul Grod.

“I was heartened to hear from all my Ukrainian, European and U.S. interlocutors that Canada is providing strong leadership relating to Ukraine on the international stage and strong support for economic and democratic reforms within Ukraine,” he observed.

“Representing both the Ukrainian Canadian Congress and the Ukrainian World Congress, I was able to further our relationships and influence with Ukrainian and global decision makers,” stated UCC President Grod.