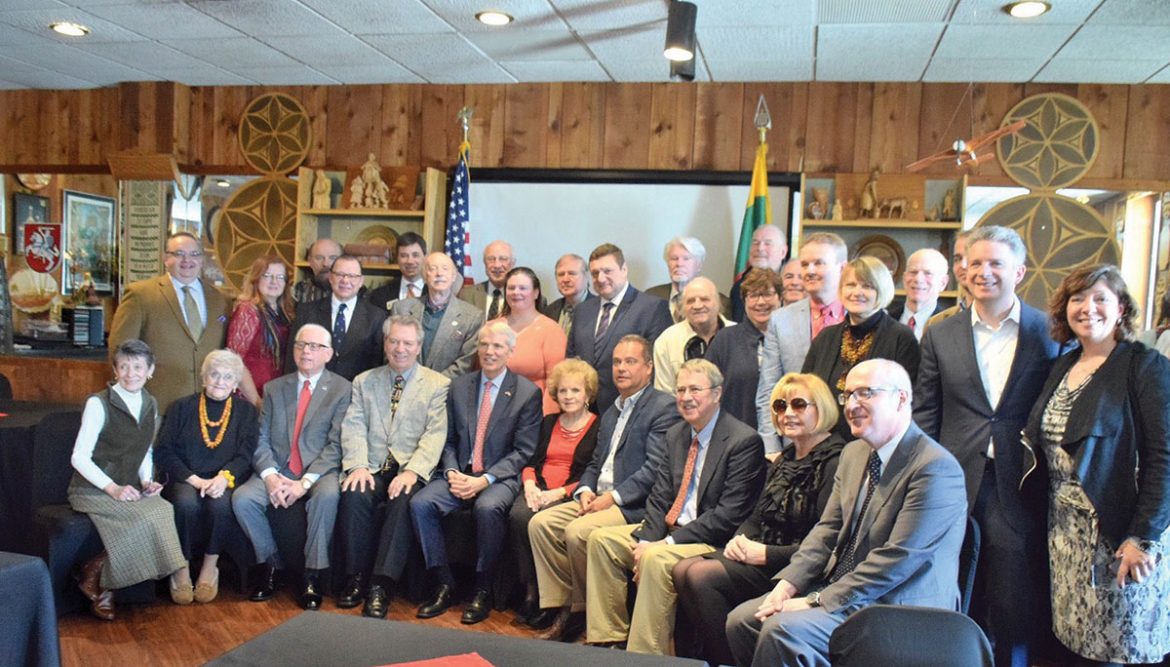 Members of the American Nationalities Movement of Ohio with Sen. Rob Portman (R-Ohio).

CLEVELAND – U.S. Sen. Rob Portman (R-Ohio) met with representatives of Ohio’s nationalities communities at a gathering on Monday, March 19, chaired by the president of the Ukrainian Congress Committee of America (UCCA), Andriy Futey.

The meeting, organized by the American Nationalities Movement of Ohio, was attended by over 35 representatives of the Ukrainian, Polish, Lithuanian, Latvian, Estonian, Jewish, Czech, Slovenian, German, Slovak, Bulgarian, Greek, Italian, Macedonian, Hungarian and Lebanese communities and was held at the Lithuanian Community Center in Cleveland.

At the meeting, Sen. Portman reaffirmed the necessity of a strong U.S. foreign policy and a united NATO alliance in the face of Russian aggression in Ukraine, as well as the global threat posed by Russian actions around the world. He reiterated his position that sanctions against Russia need to be strengthened, and that those sanctions must remain in place until Russia withdraws all of its covert and overt forces and equipment from Ukraine and de-occupies the sovereign territory of Ukraine, including Crimea.

He further stressed the need to provide Ukraine with the necessary weapons and equipment to defend itself, and praised the Trump Administration’s decision to send Javelins and other military equipment and instructors to Ukraine.

The senator also devoted time to discuss the issue of Russian disinformation and the Senate’s efforts to combat it. Along with Sen. Chris Murphy (D-Conn.), Sen. Portman introduced legislation to help American allies counter foreign government propaganda from Russia and other countries. The Countering Foreign Propaganda and Disinformation Act was signed into law as part of the National Defense Authorization Act (NDAA) for Fiscal Year 2017. 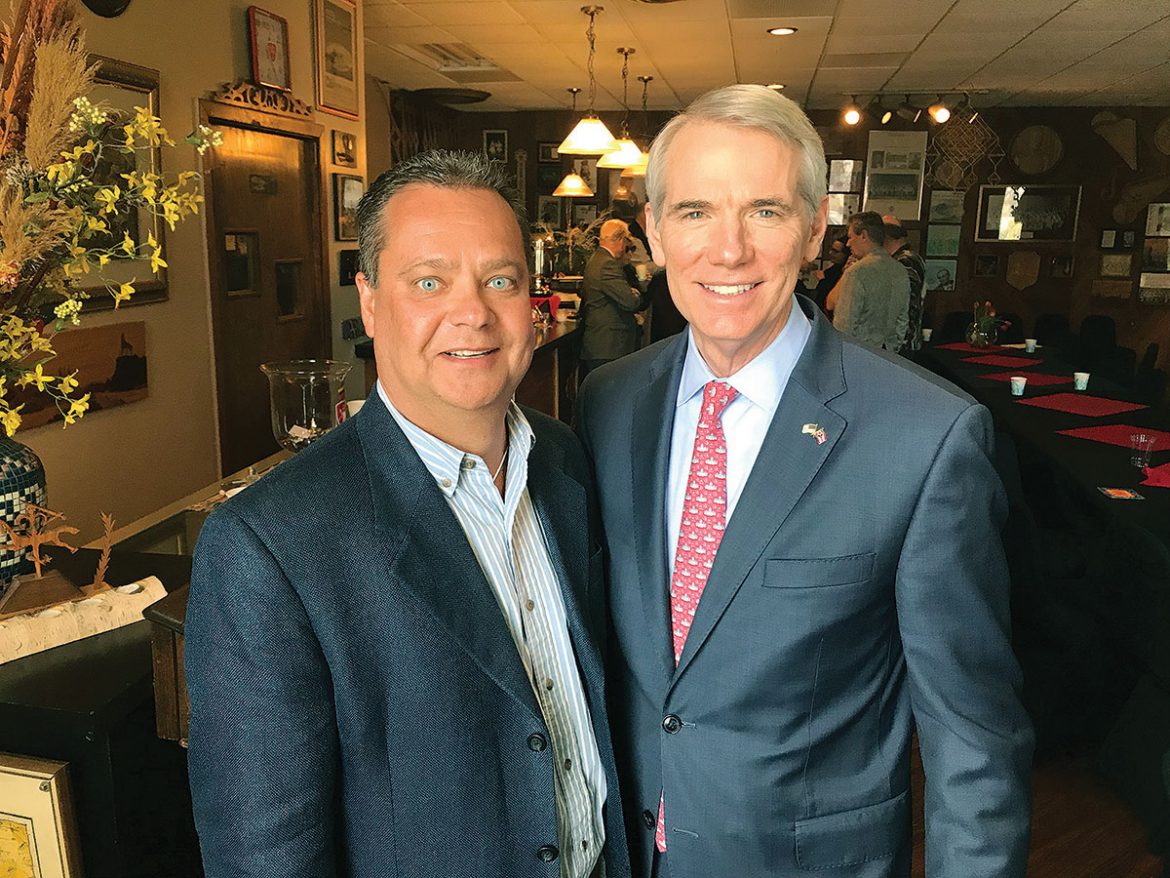 Mr. Futey thanked Sen. Portman for his leadership as co-chair of the Senate Ukraine Caucus and for his consistent efforts in support of Ukraine. He also stressed the importance of maintaining a “strong coalition” among the various nationality communities and urged all to keep working together.

Sen. Portman has visited Ukraine on several occasions and continues to be actively engaged with ongoing political, economic and military developments in Ukraine. He is also the co-founder and co-chair of the Senate Ukraine Caucus and on October 19, 2016, received the UCCA’s Shevchenko Freedom Award.

In addition to UCCA President Futey, the Ukrainian community of Ohio was represented at the meeting by Anna Barrett of the United Ukrainian Organizations of Ohio and Andrew Fedynsky of the Ukrainian-Museum Archives.