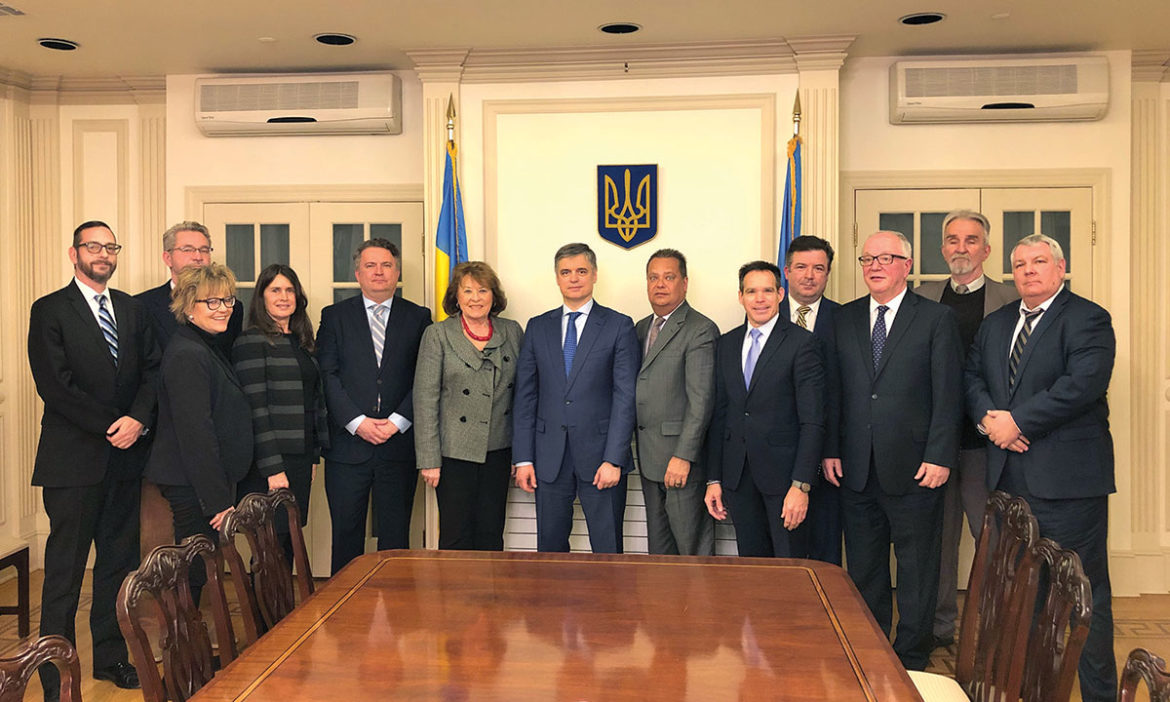 Members of the Executive Board of the Ukrainian Congress Committee of America during their meeting in New York with Ukraine’s Foreign Affairs Minister Vadym Prystaiko.

NEW YORK – On January 19, in the course of his working visit to the United Nations headquarters, Ukraine’s Foreign Affairs Minister Vadym Prystaiko met with members of the Executive Board of the Ukrainian Congress Committee of America.

Opening the discussion, UCCA President Andriy Futey warmly welcomed the minister to New York and thanked him for always being agreeable to meet with Ukrainian community leaders. Mr. Futey went on to outline the UCCA’s priorities for 2020, and informed the minister that the UCCA will be celebrating its 80th anniversary this year. He invited Minister Prystaiko to attend the UCCA’s XXIII Congress, which will be held this year in October.

Minister Prystaiko thanked the UCCA for all its work and stressed that Ukraine appreciates and relies on the continued support of the Ukrainian American community in strengthening ties between the United States and Ukraine and implementing President Volodymyr Zelenskyy’s initiatives.

For over an hour, a cordial and open dialogue ensued, during which various topics were discussed, including Russia’s ongoing war in Ukraine. Minister Prystaiko stressed that President Zelenskyy’s main priority remains the restoration of Ukraine’s territorial integrity by peaceful means.

The UCCA underscored that the prospects for peace can only be improved if Russia fully withdraws from sovereign Ukrainian territory. The organization’s leaders also noted that the UCCA is committed to help strengthen the U.S.-Ukraine strategic partnership by working with members of Congress to maintain bipartisan support for Ukraine, strengthening sanctions against Russia and spreading the truth about the real situation in Ukraine as a method of combating Russian disinformation.

Other issues touched upon during the meeting included NATO’s Enhanced Opportunities Partners program, Major Non-NATO ally (MNNA) status for Ukraine, the upcoming 75th anniversary of the founding of the United Nations, of which Soviet Ukraine was a founding member, as well as humanitarian efforts to assist the medical field.