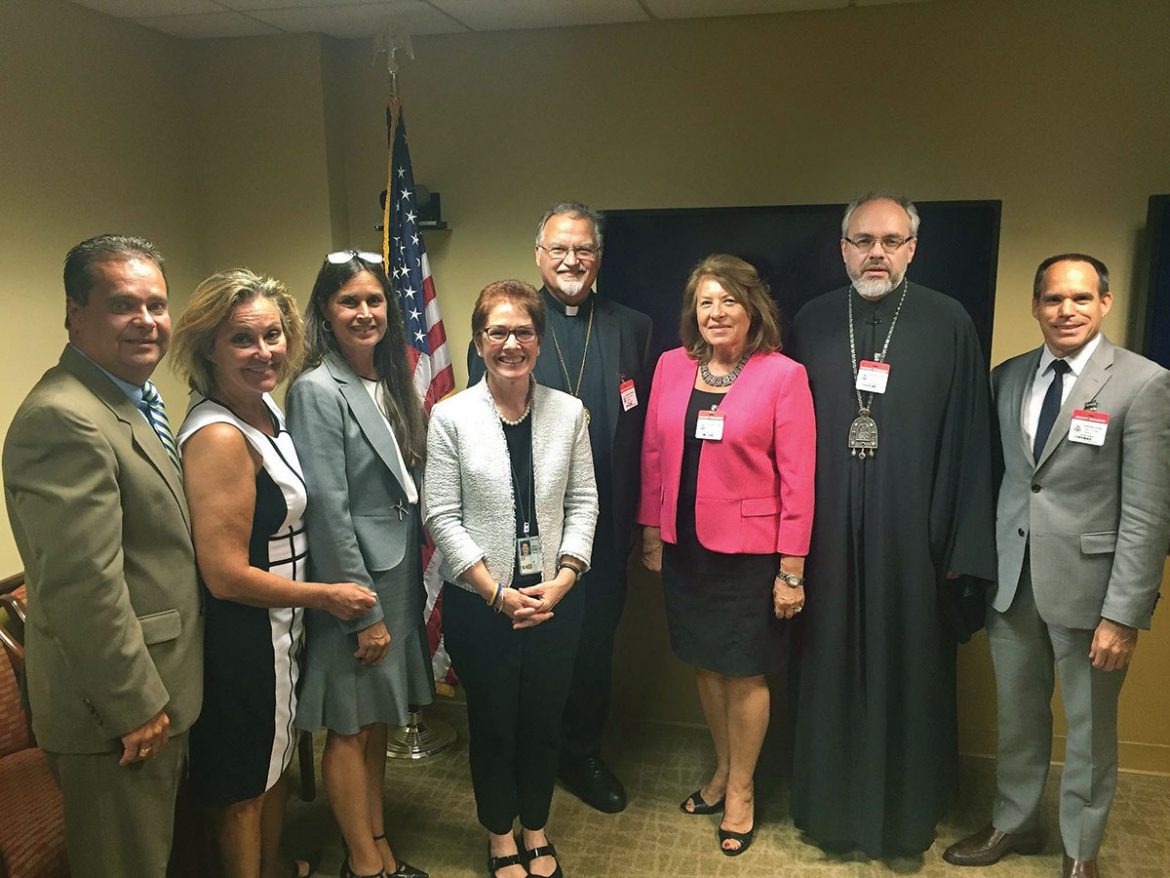 NEW YORK – Executive Board members of the Ukrainian Congress Committee of America, together with Bishop Daniel of the Ukrainian Orthodox Church of the U.S.A. and Metropolitan-Archbishop Stefan Soroka of the Ukrainian Catholic Church, met on August 8 with the newly confirmed U.S. Ambassador to Ukraine, Marie Yovanovitch.

Following her warm words of welcome, Ambassador Yovanovitch briefly commented on her Foreign Service experience, as well as her personal background, stating that she was born in Canada to Russian immigrants. She also mentioned that, prior to her appointment as the next U.S. envoy to Ukraine, she’d preferred not to be posted overseas. However, given the current crisis in Ukraine, she felt it was her duty to assist the Ukrainian people.

Following her introductory remarks, Ambassador Yovanovitch thanked the Ukrainian American community for its years of commitment to supporting Ukraine and expressed her desire to work closely with the community.

During the over one-hour-long cordial meeting at the U.S. Department of State, the UCCA addressed several issues of concern, foremost among them the escalation of tensions as a result of Russia’s ongoing hybrid war against Ukraine, as well as Russia’s continued illegal occupation of Crimea. This inspired an earnest discussion about the current crisis in Ukraine and how to strengthen U.S.-Ukraine relations.

Archbishop Soroka and Bishop Daniel highlighted the work of the religious community, especially its volunteerism during these past two critical years. They also touched upon the active cooperation among the various religious denominations within Ukraine and urged the ambassador to meet with the religious hierarchy to become better acquainted with the situation on the ground.

The UCCA thanked Ambassador Yovanovitch for the opportunity to meet and relate the community’s concerns prior to her departure for Kyiv later this month.

This is the ambassador’s second posting in Ukraine, as she previously held the position of deputy chief of mission in 2001-2004. As a career member of the Foreign Service, she has significant experience in the post-Soviet space, having served as U.S. ambassador to Armenia and the Kyrgyz Republic.