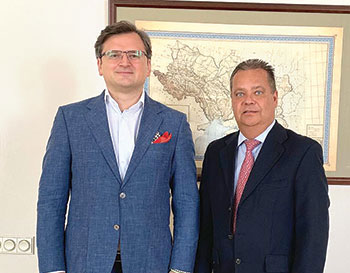 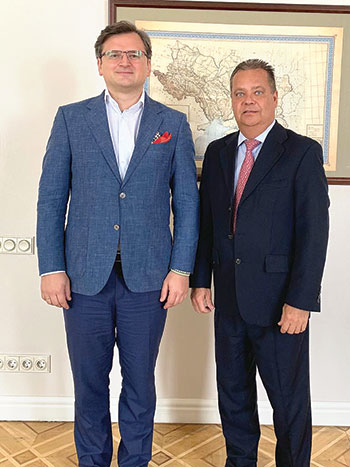 KYIV – After a 15-month hiatus, the head of the largest organization representing U.S. citizens of Ukrainian heritage visited Ukraine on a fact-finding mission where he discussed “concrete issues” with high-level government, security and diplomatic officials, as well as a member of parliament.

Andriy Futey, president of the Ukrainian Congress Committee of America (UCCA), told The Ukrainian Weekly that the purpose of the visit was to talk about “the most recent U.S.-Ukraine relations.”

The official segment of the trip culminated on June 12 in a two-hour meeting at the presidential office building that “was very direct” and focused on Ukraine’s push to receive a roadmap that would ensure access to the alliance, Mr. Futey said.

Among those in attendance were presidential chief-of-staff Andriy Yermak and Ukrainian World Congress President Paul Grod, who took part via video conference.

“It was very focused on the key issue of stopping Russian aggression and…strengthening the U.S.-Ukraine [strategic] partnership,” Mr. Futey said, summarizing his six-day working visit to the Ukrainian capital.

Kyiv has utilized different governmental and diplomatic avenues in its attempt to obtain assurances for NATO membership to withstand Russia, which has waged a hybrid war against the nation since 2014 that includes a military invasion, cyberattacks, subversion, assassinations and propaganda warfare.

Some 14,000 people have been killed in the easternmost regions of Luhansk and Donetsk after Russia forcibly seized Ukraine’s Crimean Peninsula in early 2014.

In a communique published on June 10, the UCCA voiced “dismay” over Ukraine not being invited to the yearly G-7 summit of seven wealthy democracies, as well as to the NATO summit, both of which took place over the past week. Kyiv, however, was invited to the last highest-level NATO assembly in 2018. 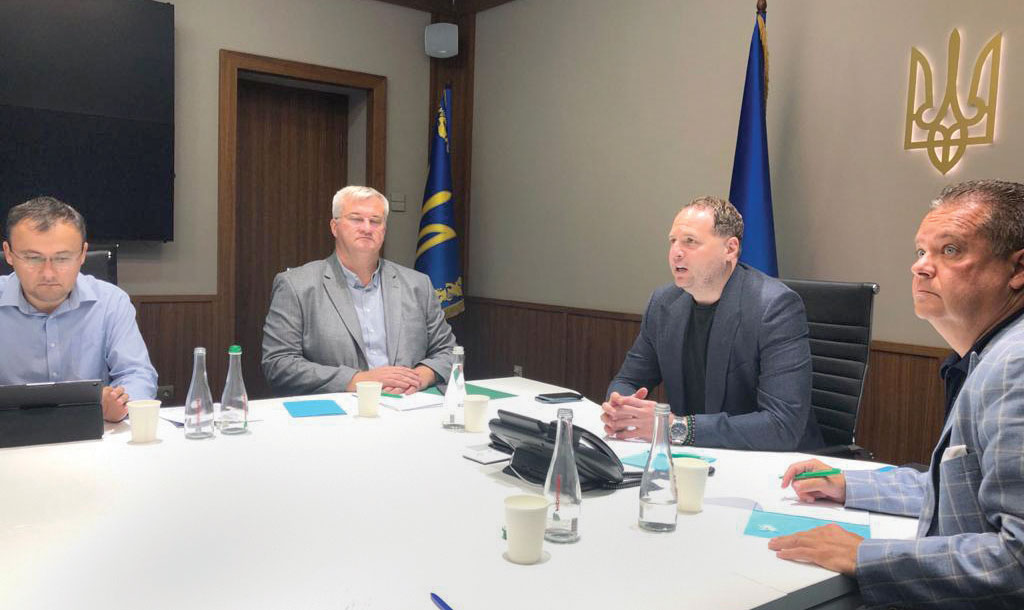 Following the NATO summit, the alliance reaffirmed its support for Ukraine’s “territorial integrity” while offering more clarity on membership by highlighting the need for Kyiv to make progress on areas like rule of law, civil military control, corruption and human rights.

When asked whether Ukraine was ready to join NATO, Mr. Biden told reporters at the summit that “corruption” was the number one problem, without noting that member states like Bulgaria and Montenegro face widespread graft problems.

“For the Ukrainians they must be feeling really disrespected now – their contribution to the defense of Western liberal democracy has already been paid in blood…territory…and having to spend 7 percent of GDP [gross domestic product] on defense and maintain a huge army to prevent invasion from the East,” he wrote in a note to investors.

Mr. Futey’s trip partially coincided with the U.S. president’s attendance at the G-7 summit that took place on June 11-13. The timing was not lost on the UCCA head.
Paragraph 52 of the G-7’s communique stated that “Russia is a party to the conflict in eastern Ukraine, not a mediator.” However, it didn’t name Russia as the invading country and urged it “to alleviate tensions.”

In turn, Mr. Zelenskyy told Reuters, the Associated Press and Agence France-Press in a joint interview this week that he wants a clear “yes” or “no” from his U.S. counterpart on receiving a Membership Action Plan (MAP) for NATO membership.

“If we are talking about NATO and the MAP, I would really like to get [from Mr. Biden] specifics – yes or no,” Mr. Zelenskyy said. “We must get clear dates and the likelihood of this for Ukraine.”

He has received a White House invitation, tentatively for late July, another topic of discussion that Mr. Futey covered.

Also high on Mr. Futey’s agenda was Moscow’s newest gas pipeline project, Nord Stream 2 (NS2). Already 95 percent completed, its underwater connection to Germany from Russia would allow Moscow to circumvent Ukraine as a vital natural-gas transit country to Europe, erasing what little political leverage the country has over Russia and leaving it exposed to further aggression.

The UCCA urged Washington lawmakers and the administration of U.S. President Joe Biden to keep sanctions in place on the NS2 project, but the White House recently lifted them.

In a statement published on May 19, the Ukrainian American non-profit group said that any “retreat from current sanctions against the Russian Federation and its proxies, or from continued military, political and economic support of Ukraine by the United States, would entail terrifying consequences for Ukraine, our European partners and the global geo-political security structure.”

Meetings were also held with Alan Purcell, deputy chief of mission to the U.S. embassy, and three former Ukrainian ambassadors to the U.S.: Oleh Shamshur, Valeriy Chaly and Mykhailo Reznik.