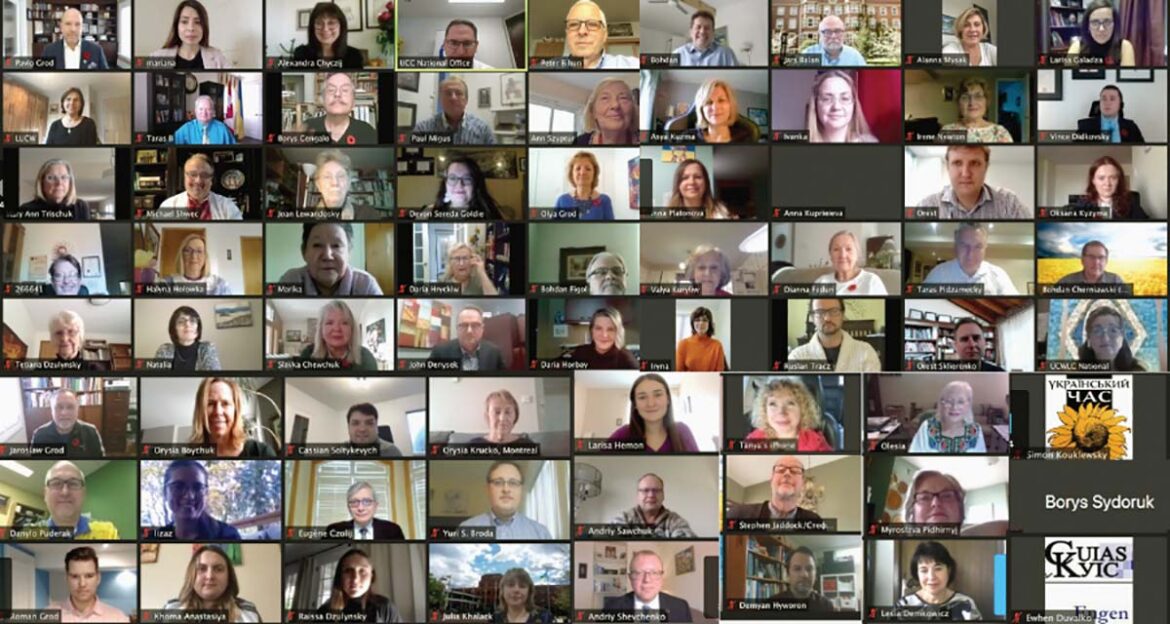 Delegates to the first-ever online annual general meeting of the Ukrainian Canadian Congress, which was held on November 7.

OTTAWA – The Ukrainian Canadian Congress (UCC) held its annual general meeting (AGM) on Saturday, November 7. Due to the COVID-19 pandemic, the AGM was held online for the first time ever, with over 80 delegates and guests in attendance.

This meeting marked 80 years since the founding of the UCC, and special greetings were presented by dignitaries to mark this auspicious anniversary. These video greetings will be available on the UCC’s website in the coming days. The UCC’s 80th anniversary project was launched at the AGM. The video can be viewed at https://www.youtube.com/watch?v=rBm17SNFjso.

”Our community has responded to the challenges brought on by the COVID-19 pandemic with unity, strength and purpose,” stated Alexandra Chyczij, national president of the UCC. “Thank you to the dedicated volunteers and generous donors and sponsors from coast to coast who make the work of the UCC possible. On behalf of the UCC, thank you to everyone who made this year’s AGM a success.”

The AGM heard reports from the UCC Charitable and Educational Trust, the Canada-Ukraine Foundation, the Ukrainian Canadian Foundation of Taras Shevchenko, and the Canadian Institute of Ukrainian Studies on their work in the past year.

The UCC welcomed delegates from every UCC Provincial Council and representing Ukrainian communities across Canada, including from Moncton, New Brunswick, Dauphin, Manitoba, and Kelowna, British Columbia.

The UCC AGM was chaired by Ann Szyptur; Olya Grod served as Secretary. A special roundtable discussion was held to discuss the work of the Ukrainian Canadian community in the context of the coronavirus pandemic.