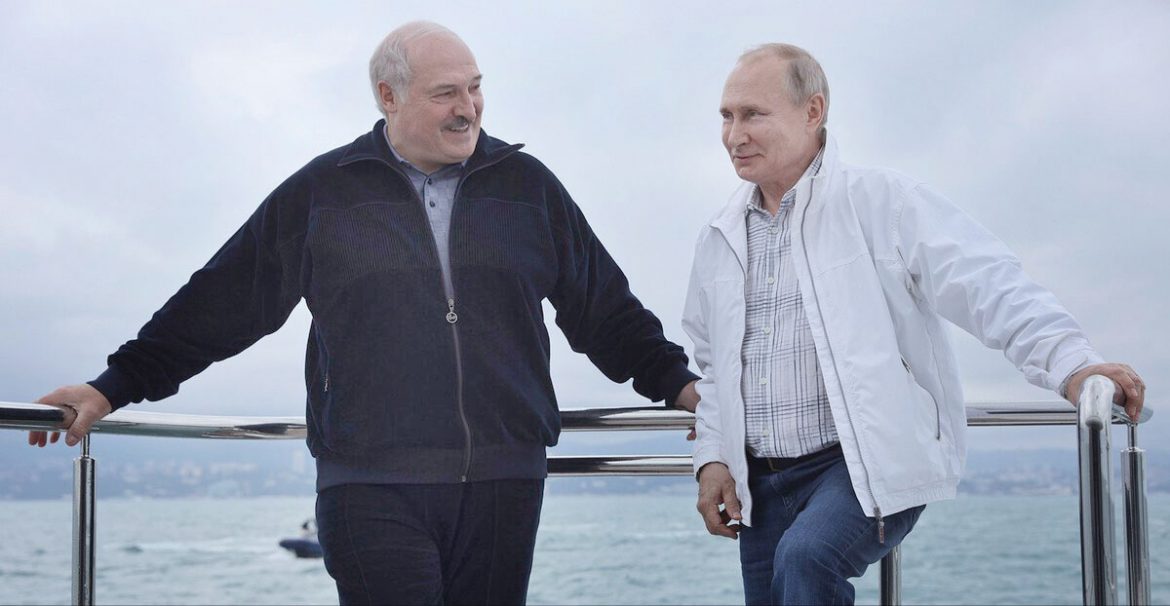 KYIV – Ukrainian-Belarusian relations further deteriorated this week as both sides imposed sanctions on one another following the forced landing on May 23 of a passenger plane in Minsk where an exiled Belarusian journalist and his Russian girlfriend were detained.

Ukraine’s energy regulator also this week banned electricity imports from Belarus and Russia until October 1. Ukraine has been moving toward disconnecting from the Soviet-inherited power grids with its two neighbors and has plans to integrate with the European ENTSO-E system by 2023.

In response, Minsk on May 28 imposed six-month licensing restrictions on a series of imports from Ukraine, “ranging from toilet paper and beer to farm machinery and durable goods,” Ukrainian Deputy Economy Minister Taras Kachka said on Facebook.

“The individual licensing regime means manual control of the import of Ukrainian products to Belarus,” he said.

This month, Ukraine expects to receive 80 percent less of premium unleaded gasoline shipments from Belarus, the A-95 consultancy reported on Facebook. Ukraine receives about 70 percent of automotive fuel from Russia and Belarus. Citing A-95, UNIAN reported that the reductions are not related to politics and reflect Belarus’s domestic needs because Russia’s Rosneft and Surgutneftegaz stopped supplying oil to Belarus’s second largest refinery due to U.S. sanctions affecting the facility. Belarus’s largest refinery, Mazyr, is undergoing planned maintenance through the end of the month, gas traders have told Reuters.

It was in partial reference to sanctions Kyiv imposed in November in correspondence with certain EU restrictive measures following the flawed August 2020 presidential election in Belarus. Ukraine, the U.S. and the EU did not recognize the outcome of that election, citing numerous violations, including fraud.

Telegram channel NEXTA, co-founded by Raman Pratasevich – the journalist detained on May 23 aboard an Athens-Vilnius Ryanair flight – documented many of the anti-government protests that still continue and the gross human rights violations by Mr. Lukashenka’s autocratic regime.

Ms. Cichanouskaja, meanwhile, has called for additional sanctions after the Belarusian dictator ordered a MiG-29 fighter jet to divert the plane in which the exiled journalist was seated when the commercial jetliner was in Belarusian airspace and under the false pretense that a bomb was on board.

She called for the exclusion of Belarus from the International Civil Aviation Organization and suspension of membership in Interpol, an international police organization.

Moscow has denied involvement and said Mr. Lukashenka had done nothing wrong.
Belarus has few bridges left in Europe and Russia is its richest and closest ally. Both have a union treaty in force since 1999 and Moscow co-owns the country’s strategic natural-gas pipeline. The two countries jointly monitor Belarus’s borders and the two military allies have integrated air defense systems.

Their friendship has put Kyiv on the alert given that Mr. Lukashenka has yet to recognize Russia’s forcible seizure of Ukraine’s Crimean Peninsula in 2014. He even visited Ukraine’s Zhytomyr region to meet with President Volodymyr Zelenskyy soon after he was inaugurated in 2019.

Last week, Fiona Hill, a former presidential adviser on European and Russian affairs in Washington, said in a podcast of the Austrian think-tank IWM that “[Mr.] Lukashenka sold his sovereignty down the river” to Russia.

According to the EU observer, British Foreign Affairs Secretary Dominic Raab said it is “very difficult to believe that this kind of action [the Ryanair hijack] could have been taken without at least the acquiescence of the authorities in Moscow.”

With Belarus untenable as a neutral or reliable partner for Kyiv, former Ukrainian President Leonid Kravchuk said that Kyiv wishes to move peace talks with Russia away from the traditional venue of Minsk.

He heads Ukraine’s delegation to the Trilateral Contact Group, “which brings together representatives from Russia, Ukraine and the Organization for Security and Cooperation in Europe (OSCE) as part of efforts to find a diplomatic solution to the conflict in eastern Ukraine,” the Washington-based Atlantic Council wrote.

Kyiv grew wearier after Mr. Lukashenka announced over the past week that he is considering initiating direct flights from Minsk to the Crimean capital of Simferopol and hinted he might recognize the self-proclaimed Moscow proxy republics in the occupied parts of easternmost Luhansk and Donetsk oblasts.

There is also concern that Russia could permanently station troops in Belarus. Ukraine shares 1,239 kilometers of common border with Russia.

Russia already has about 100,000 troops deployed near Ukraine’s border, as well as hardware that was left behind during a previous massing of troops near Ukraine. Large-scale military exercises called Zapad are scheduled for September along Russia’s western border.

In addition, Russian Defense Minister Sergei Shoigu announced on May 31 that 20 new military units will form in the country’s west this year “to counter what it claims is a growing threat from NATO,” Stripes magazine reported.

He added that the military units in Western Russia have commissioned about 2,000 new pieces of weaponry this year.