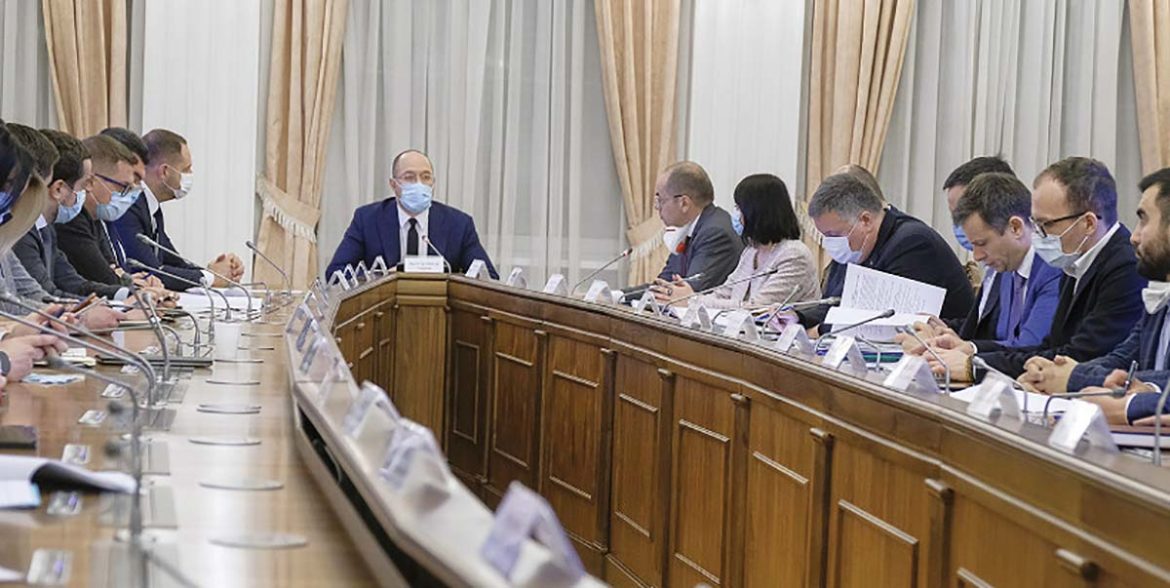 Cabinet of Ministers of Ukraine

The Cabinet of Ministers of Ukraine, meeting on May 20, lifted some coronavirus quarantine restrictions.

KYIV – On May 25, life in Ukraine’s capital returned almost back to normal. The metro is the main transport artery of Kyiv, and after its reopening, people’s mobility increased significantly. At first, Kyiv residents were afraid of going underground, but now the city center is full of people, café and restaurant terraces are occupied, and crowds are walking on the central streets.

However, the unusually cold May weather in most regions prevented Ukrainians from dangerous overcrowding. Therefore, the burst of outdoor activity in Ukraine was just beginning.

The Ukrainian government had decided to move to the second stage of eased restrictions related to the coronavirus pandemic starting on May 22. During a regular session of the Cabinet of Ministers on May 20, Prime Minister Denys Shmyhal noted that the coronavirus infection rate was showing a downward trend in Ukraine.

In accordance with the government’s decision, starting on May 22 in those regions where epidemiological indicators meet the criteria set by the Health Ministry regarding new cases of coronavirus infection spread (not exceeding 12 cases per 100,000 citizens), the number of tests conducted (not less than 12 per 100,000 people) and hospital bed occupancy (not more than 50 percent), public transport was restored. As of May 25, the operation of subways was resumed, and kindergartens were allowed to reopen.

The prime minister explained: “We are yet not opening interregional transportation. We agreed that it would be possible in early June, as soon as the epidemiological situation is favorable. Meanwhile, local restrictions will be in place, decisions on which will be made jointly with local authorities, so as not to export the virus throughout the country.”

“This is in keeping with the adaptive quarantine model,” Mr. Shmyhal added.

Ukrzaliznytsia (Ukrainian Railways) is beginning a gradual resumption of passenger train service. In particular, the company has opened the sale of tickets for five high-speed Intercity trains, which will run beginning on June 1. Railway tickets are available on the routes Kyiv-Kharkiv (two trains), Kyiv-Odesa, Kyiv-Kostiantynivka and Kyiv-Kryvyi Rih.

In keeping with a decision by the Cabinet of Ministers, ticket sales are open for 50 percent of the seats on those trains. Tickets are currently available online only. Passengers will be allowed on trains only in protective masks. Passengers’ body temperatures will be measured during the ticket check-in. Also, the trains will be sanitized before and after each trip, and stewards will be provided with personal protective equipment.

Mr. Shmyhal reported that the issue of resuming air transportation and opening airports would be considered after June 15, when the airlines of Ukraine’s partner countries begin to open their borders. “So far, the airports of our partner countries are closed. We are engaged in a dialogue with air carriers and there is a common position that it makes no sense to open airports earlier than June 15,” the prime minister explained.

Commented on the government’s decision, Health Minister Maksym Stepanov said, “We plan to introduce adaptive quarantine measures from May 22 to June 22. We are introducing criteria related to the epidemiological situation in the regions: the incidence of illness and number of beds in use in health-care facilities. Based on these indicators, decisions will be made on reducing quarantine measures. In total, we will have five stages of relaxation of restrictions.”

“Ukraine has developed a mechanism for exiting the quarantine,” he continued. “From May 22 – the second stage – the operation of public, suburban and internal transport is resumed, religious institutions are also allowed to operate, but on the condition of one person per 10 square meters. In addition, the work of hotels is being resumed, but that doesn’t apply to the operation of restaurants in hotels.”

“The next stage begins on June 1. Then the operation of fitness centers and interregional transportation will be allowed, and starting June 10, cafes and restaurants will open,” he related.

There was controversy about the lifting of quarantine restrictions in Kyiv. At first, the Health Ministry reported that the capital did not meet the required conditions to reopen public transport. But then the mayor of Kyiv, Vitali Klitschko, appealed to the government to allow the capital to begin the second phase of eased restrictions.

“From May 23, the capital had planned to begin the next phase of relaxation of restrictions. I emphasize: in compliance with all norms and regulations. Today, the Ministry of Health announced that Kyiv and 11 other regions do not meet the criteria for easing the second stage of restrictions,” Mayor Klitschko said at a briefing on May 22. He emphasized that, of the three criteria, the capital did not meet only one: the number of patients per 100,000 city residents. The norm is 12 patients, while according to the data for the last week, there were 15 patients per 100,000 people in Kyiv.

“As for the other two criteria, there are no complaints. Those are occupancy by no more than 50 percent of an in-patient facility and the number of PCR tests per 100,000 population. In the capital, the [latter] figure is three times higher than the set norm,” Mr. Klitschko explained. He added that over the past six days, the capital’s incidence of coronavirus cases was within the limits set by the government.

“Therefore, I appeal to the government: let Kyiv begin the second phase of easing restrictions. But not all of them, only those critical to the city and business. In particular: to restore the operation of ground-based public transport and commercial facilities of 1,000 square meters beginning on May 23, without opening children’s playgrounds and sports fields. The metro should be opened, as planned, on May 25, since there would be a transport collapse in the city if the metro is not opened,” the mayor emphasized.

In the end, Health Minister Stepanov stated that Kyiv would be allowed to lift restrictions.

The government, in cooperation with experts, scientists and business associations, has prepared a program to stimulate the economy to overcome the effects of the COVID-19 pandemic. According to Prime Minister Shmyhal, together they embarked on developing the program immediately after the start of quarantine and have been working on it for more than six weeks.

“We have attracted dozens, specifically more than 90 developers, the best think tanks in the country, dozens of business associations and individual companies (including representatives of small and medium-sized businesses). Therefore, … this is a strategy devised by the best experts, businessmen, scientists, analysts,” said Mr. Shmyhal.

He added that “the crisis caused by the coronavirus pandemic is, among other things, our chance to make radical transformations. This is our chance to alter approaches and our chance to launch real change.”

According to the Public Health Center of Ukraine, as of 9 a.m. on May 27, there were 21,905 confirmed cases of COVID-19 in Ukraine, 658 patients have died and 7,995 patients have recovered. There were 1,595 cases among children and 4,241 cases among health-care workers. During the previous 24 hours, 321 new cases were confirmed.