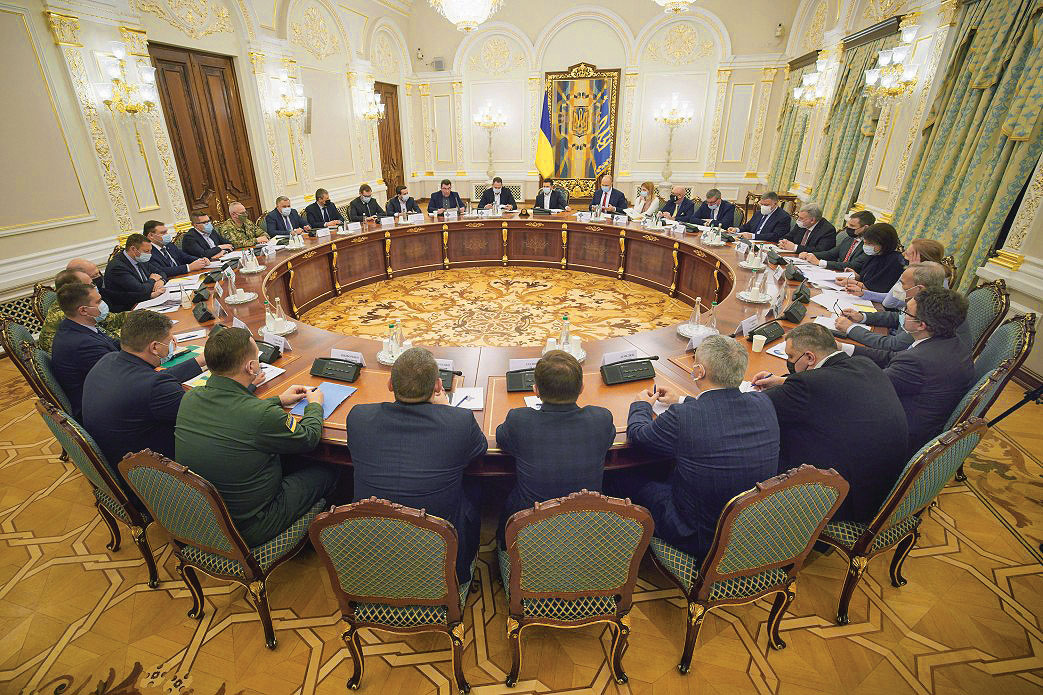 KYIV – Ukraine issued a third round of sanctions imposing asset and property freezes on 10 former high-ranking officials in law enforcement, security and the military for violating their oaths during Russia’s illegal annexation of Crimea.

Among the 10 sanctioned individuals are former Security Service (SBU) chief Oleksandr Yakymenko and ex-Minister of the Interior Vitaliy Zakharchenko, both of whom had fled to Russia, the national security chief said. The other eight individuals include former military officers who reside outside Ukraine.

A search in Russian media sites found that Mr. Zakharchenko, for example, visited Russia-occupied Sevastopol in Crimea six years ago where he announced he had obtained Russian citizenship and was working as a senior consultant for Russian state defense conglomerate Rostec.

In the aftermath of the pro-democracy Euro-Maidan uprising in February 2014, SBU officials say Mr. Yakymenko ordered thousands of highly classified files be taken to Russia. He fled to Russia together with former President Viktor Yanukovych, four senior SBU officials and about a dozen experienced security officers who were subordinate to him.

“All these 10 people are deprived of all state awards and ranks. They do not have a single Ukrainian title today. The maximum pool of sanctions allowed by our legislation is 13 points,” Mr. Danilov said.

On the agenda for the next NSDC meeting, scheduled for March 12, is the status of ongoing investigations into “treason, desertion, terrorist activity and violation of oaths,” the council’s press service said.

The NSDC also ordered the Cabinet of Ministers to draft a bill in the next two months on dual citizenship. Mr. Danilov said the issue is of “grave importance.”

Speaking of Ukrainians living in occupied Crimea and the Russian-controlled parts of the Donbas who are either forced or coerced into taking Russian citizenship, Mr. Danilov said that once they are freed or “released, I think that they will all refuse these [Russia-issued] papers which were given to them.”

However, the government’s bill aims to not allow citizens of other countries to hold public office or work in the civil service, he said.

“If a person wants to be a member of parliament, wants to be a minister, wants to work in local governments, be a deputy of local, village or other councils, you and I should know that they are a citizen of Ukraine,” Mr. Danilov said. “If they have other citizenship, they must make this known and, before making a decision, must renounce their second citizenship. They must be only a citizen of Ukraine.”

President Volodymyr Zelenskyy has acknowledged Ukraine’s growing demographic crisis and in his inauguration speech in May 2019 he called on Ukrainians abroad to help build a stronger state.

“Today, I appeal to all Ukrainians in the world. There are 65 million of us,” he said.

“Ukrainians in Europe and Asia, in North and South America, Australia and Africa – I appeal to all Ukrainians on the planet!”

Upon regaining independence in 1991, Ukraine had a population of nearly 52 million people. The World Bank estimates the country’s current population is 44.6 million, while the European Commission places the number at 42 million.

A United Nations report from last year says that, if current trends continue, Ukraine could lose a fifth of its population by 2050.

In November 2019, the Ukrainian World Congress (UWC), which represents more than 20 million people of Ukrainian heritage in over 60 countries, jointly submitted a bill to the presidential office on dual citizenship with the Kyiv-based National Institute of Strategic Studies. 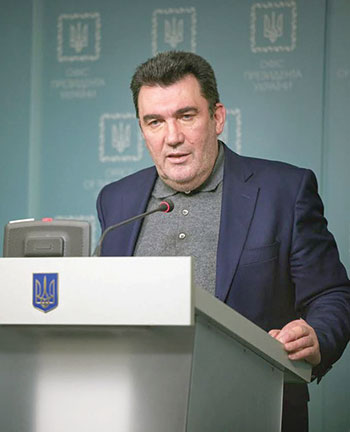 National security chief Oleksandr Danilov speaks at a briefing in Kyiv on February 26.

It was drafted at Mr. Zelenskyy’s request and originally was designed to treat all Ukrainians equally and would allow naturalized Ukrainians to keep their previous citizenship, allow them to vote, hold public office and work as civil servants, UWC President Paul Grod told The Ukrainian Weekly in a previous interview.

It also contained provisions that would prevent citizens of “countries occupying or who are at war with Ukraine” of taking advantage of dual citizenship.

Parliamentary members of Mr. Zelens­kyy’s Servant of the People party in late January also submitted their version of a dual citizenship bill.

It envisions reintegrating Ukrainians with Russian passports from the Donbas and Crimea, as well as Ukrainians working in Russia.

Aside from people no longer counted in the occupied areas as contributing to the labor force, another factor for Ukraine’s dwindling population is that many Ukrainians have chosen to seek work abroad, especially in the European Union where they have enjoyed visa-free travel to most member states since June 2017 when a provision of the EU-Ukraine Association Agreement took effect.

The previous two rounds of sanctions geared toward resisting Russia’s aggression and limiting its influence in the country were imposed on February 2 and 19, respectively.

Three television channels nominally owned by pro-Russian lawmaker Taras Kozak were taken off the air in the first package of sanctions for being indirectly financed by Russia and airing “disinformation and propaganda.” An associate of fellow lawmaker Viktor Medvedchuk, who co-chairs the Opposition Platform-For Life party, Mr. Kozak had his assets frozen and prevented from conducting trade operations for five years.

In the second package of sanctions, Mr. Medvedchuk – a powerful tycoon who boasts Russian President Vladimir Putin as personal friend – and his wife Oksana Marchenko, as well as the common-law wife of Mr. Kozak, were sanctioned.

They were accused of “financing terrorism.”

Mr. Medvedchuk and the party to which he and Mr. Kozak belong accused the government of political repression and infringement on the right of freedom of speech.

Sanctions against Ukrainian citizens can only be imposed under the strict exception of terrorism and none of the NSDC’s accusations have been proven in court.