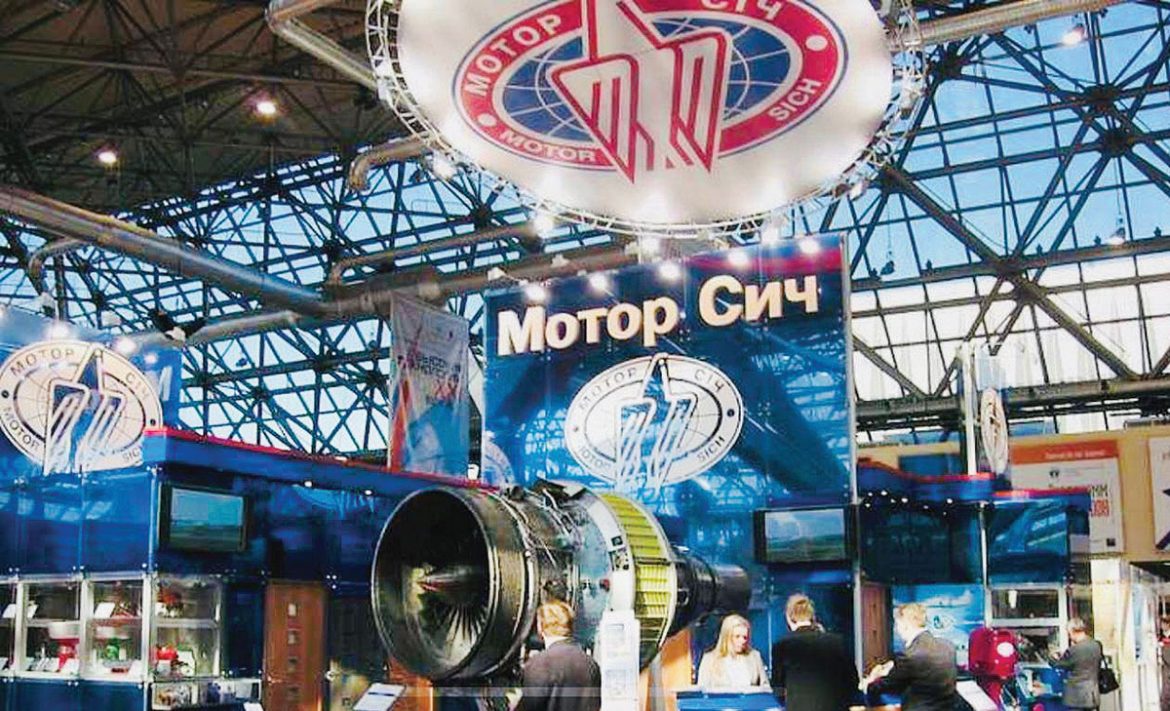 A Motor Sich exhibition stand features one of the company’s engines at an industry trade show.

KYIV – Ukrainian President Volodymyr Zelenskyy on March 23 signed an order that puts into effect a decision that the National Security and Defense Council (NSDC) made 12 days earlier to take over aero-engine maker Motor Sich.

The presidential move follows a court order that the Security Service of Ukraine (SBU) secured on March 20 in Kyiv to seize all the strategic defense company’s shares and assets.

They were instead transferred to the state-run Asset Recovery and Management Agency (ARMA), which manages assets obtained through corruption and other offenses. Meanwhile, state-run defense conglomerate Ukroboronprom has since offered to take over control of the manufacturer of engines for jets, helicopters and missiles.

The SBU stated two investigations regarding Motor Sich stemming from 2017 are ongoing and are related to “sabotage and subversive activities in favor of the Russian Federation” and for violating company privatization law “and subsequent illegal concentration of shares.”

An unknown majority stake in the aero-engine company is owned by a Chinese company that Ukraine and the United States sanctioned in January, including its tycoon owner and other affiliated companies.

The SBU froze the shares in Motor Sich through a court order in April 2018 and on September 4 the Chinese investors notified Ukraine’s Justice Ministry that it would initiate an investment dispute, including in international courts.

“Ukraine, being in a state of war, cannot afford to hand over the enterprise, on which the Ukrainian defense capability depends, into the wrong hands,” NSDC chief Oleksiy Danilov said in a television appearance on March 12, according to local media. 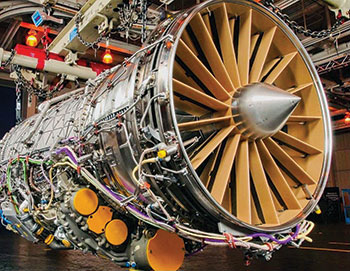 A turbine engine is assembled in a Motor Sich factory.

Since Beijing has a weakness in fully designing and building reliable military jet engines, it has pursued ownership of Motor Sich, a development the U.S. has opposed over fears that crucial technology could be transferred to the Chinese. Washington furthermore suspects the majority shareholders of being part of the Chinese government’s military-industrial complex.

One of the Chinese companies is Skyrizon Aviation Industry Investment, whose president told Ukranews agency in an interview on March 23 that about $1 billion had already been invested in Motor Sich.

Skyrizon President Du Tao said the Chinese side is seeking to recover $3.6 billion in losses in an international arbitration court without specifying in which jurisdiction it would pursue a case. Interfax news agency has reported that three multinational law firms will represent the interests of the Chinese investors: WilmerHale, DLA Piper and Bird&Bird.

Zhao Lijian, a spokesperson for the Chinese Foreign Ministry, stated earlier this month that “China demands that Ukraine, in accordance with the law, protect the legitimate interests of Chinese enterprises and investors.”

In a note to investors on March 22, Kyiv-based investment bank Concorde Capital said “the unresolved ownership issue raises the threat of multiple court battles with the minority shareholders of the company, as well as with the Chinese firms that reportedly purchased a controlling stake in the company in 2016-2017.”

In Ukraine, Skyrizon has partnered with Kharkiv-based DCH Group, an industrial holding owned by multimillionaire Oleksandr Yaroslavsky. DCH reportedly is seeking a 25-percent stake in the Ukrainian defense company.

The Chinese have also filed a lawsuit challenging the share and asset seizure with the Ukrainian Supreme Court and preliminary hearings are scheduled for April.

Still, as Beijing and Moscow foster closer military ties amid mounting U.S.-China tensions, Nikkei Asia reported earlier this month that “suspicions arose that Moscow has a hand in Skyrizon’s pursuit of Motor Sich.”

Since Russia invaded Ukraine in early 2014 and continues waging an undeclared war in the two easternmost provinces of Donetsk and Luhansk oblasts, China has emerged as Ukraine’s largest single trading partner.

Motor Sich helicopters are built in the company’s factory in Zaporizhia.

Seventy-five percent of Motor Sich’s exports before 2014 went to Russia and the Zaporizhia-based company in its heyday grossed more than $1 billion a year while employing a highly-skilled workforce of 29,000 people.

The enterprise was privatized in the 1990s following the breakup of the Soviet Union when Vyacheslav Bohuslayev, its current 82-year-old chairman of the board of directors and honorary president, took control over the company. In 2016, he reportedly sold a controlling stake to the Chinese.

It provides services and products to more than 100 countries in the world and in the first nine months of last year had a net profit of 930.2 million hrv ($33 million). Net income for the same period and compared to 2019 increased by 20.2 percent to $274 million, Interfax data shows.