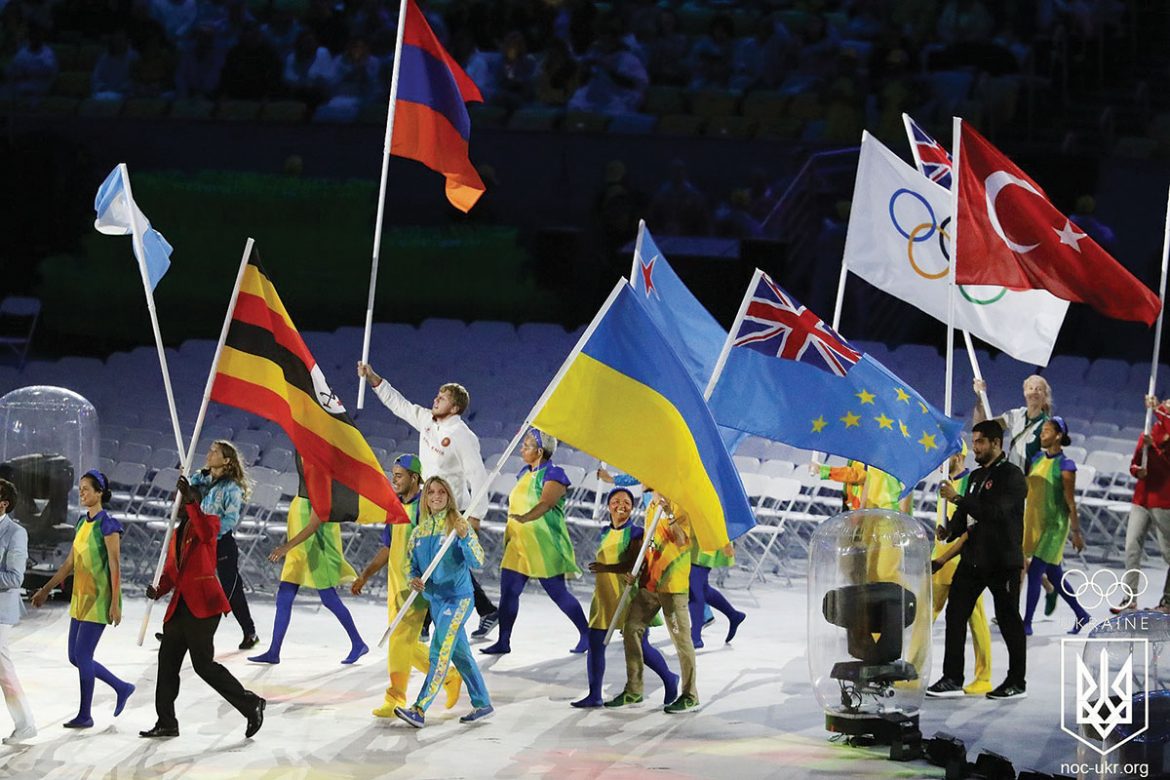 Saber fencer Olha Kharlan serves as flag-bearer for Ukraine during the closing ceremonies of the 2016 Rio Olympics.

The United States led the way with 121 medals won at the 2016 Rio Olympics. China (70), Great Britain (67) and Russia (56) rounded out the top four. Next were Germany, France, Japan, Australia and Italy. Ukraine ranked 22nd out of 207 participating nations, finishing amid countries like Poland, Jamaica, Cuba and Uzbekistan.

This year’s total of 11 medals (two gold, five silver and four bronze) is down from 2012’s haul of 18, 2008’s total of 27 medals and 2004’s sum of 22 medals. Going back further, Ukraine won 23 total medals in both 1996 and 2000. We see a definite decline in the country’s performance over the last eight years. In order to understand why the lack of success in the ultimate international sporting competition, it is necessary to examine several key variables.

Countries winning the most Olympic medals recruit, develop, train and retain elite young athletes in elite training facilities staffed by elite trainers and coaches. This requires tremendous financial resources including government funding, private capital and sponsors. It requires extreme commitment from all parties involved in an elite developmental process that takes many years to establish, and even more years to bear fruitful results. Theoretically the process never ends – it continues to churn out classes of elite performers in most sporting disciplines. One might refer to it as a pipeline.

Independent Ukraine is still struggling economically and the ongoing war in the eastern part of the country is limiting the allocation of funds to sports. It would not be a stretch to claim some potentially elite athletes are being pressed into military duty. The lack of funding exacts its toll on every aspect of the developmental process – it takes money to build facilities, purchase equipment, provide food, pay coaches and trainers, compensate elite athletes, cover transportation costs to competitive events and more. Throw in still existing corruption in local and national government and the expectation level of Ukrainian Olympians becomes more realistically aligned with their actual results. 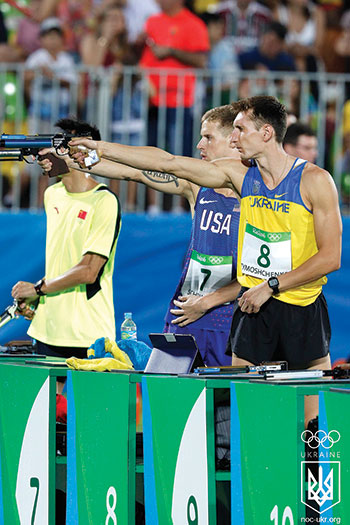 Ukraine cannot and should not be expected to be in the top-10 medal-winning countries, but should strive to return to an overall ranking in the 15-20 range. Witness the exploits of medalists Oleh Vernyayev, Yuriy Cheban, Olha Kharlan and Zhan Beleniuk, to name four elite Ukrainian athletes. Ukraine simply needs more of them. They must be found, nurtured and developed within the next four-year cycle. Still-young current Olympians must upgrade their development to the next level.

In the meantime, we must celebrate the amazing achievements witnessed in Rio. Vernyayev has been anointed the world’s next top all-around gymnast. Cheban’s gold medal in the 200-meter canoe sprint positioned him as best of the best. Kharlan is only 25 years old and her women’s fencing team shows great potential for the future. Rhythmic gymnast Ganna Rizatdinova may yet turn out to be Vernyayev’s female double. Serhiy Kulish surprised with a silver medal in shooting, Beleniuk showed Ukraine is still a force in wrestling, Bohdan Bondarenko medaled in the high jump and Pavlo Tymoshchenko proved to be a champion in modern pentathlon.

Ukrainian canoers, fencers, rowers, synchronized swimmers and weightlifters came very close to winning bronze medals, with several athletes finishing fourth in competitions. If the Ukrainian Olympic Committee can somehow receive its proper percentage of budget dollars, the future looks bright for Ukrainian Olympians. Unfortunately, the war with Russian-backed separatists in eastern Ukraine may be the wild card to this bright future.

All things considered, how much of a priority is the development of an elite Ukrainian Olympic program of some 200-plus athletes versus the ongoing democratization of a young European nation? It would be great to be recognized as a potent player in Western Europe in more ways than one.

Taras Mishchuk and Dmytro Yanchuk won a bronze medal in the C-2 1000-meter. canoe event with a time of 3:45.949 seconds, behind Germany and Brazil. After 500 meters, the duo was in fifth place, but in the second half of the race they moved up to finish third. The gold medal time was 3:43.912 seconds.

A score of 73.583 points in four disciplines of the all-around rhythmic gymnastics routine was strong enough to earn Hanna Rizatdinova a bronze medal. She snatched the bronze ahead of South Korea’s Son Yeon-Jae, who scored 72.898 points. This capped a slow, but steady rise from her 10th place finish in London four years ago. The 23-year-old Crimean by birth changed her training and preparation regimens since London and appears more nature in her approach. In the final, Rizatdinova scored 18.200 points in hoop, 18.450 points in ball, 18.450 points in clubs and 18.483 points in ribbon.

Ukrainian Pavlo Tymoshchenko finished only seven points off Russia’s gold medal winner Alexander Lesun’s total with a combined score of 1,472 points, winning the silver medal in modern pentathlon. Tymoshchenko’s performance in the  modern pentathlon included epee fencing (sixth place, 227 points), swimming 200-meters (2:05.59 seconds, 24th place, 324 points), equestrian show jumping (finished in 16th place, 286 points), and combined shooting and running that includes a 10-meter air pistol on a 3,200-meter course (fifth-place finish, 11.05.74 seconds, 635 points). Tymoshchenko made up most of his work in the combined running/shooting where he scored an impressive 635 points, moving from eighth to second. The 24-year-old from Kyiv is the reigning world champion and ran like it in Rio. He came to town to win a medal and succeeded in attaining his goal.

Mountain biker Yana Belomoyna finished in ninth place in the women’s cross-country race with a time of 1:33.28 seconds. Ukraine qualified with an eighth place ranking in the UCI Olympic Ranking List that was tallied this year on May 25.