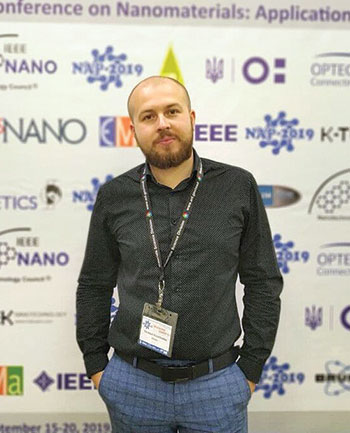 WASHINGTON – The year 2020 showed us that not even a pandemic can stop scientific innovation. Many scientists in Ukraine have returned to their labs while adhering to hygiene and social distancing rules and meetings, and trainings have moved online.

During the second half of the year, the U.S.-Ukraine Foundation (USUF) Biotech Initiative worked with its partners to deliver training to early-stage science and tech startups and provided biotech students and scientists in Ukraine with the U.S.-Ukraine Foundation Biotech Initiative Small Research Grants program to attend professional online events.

In the fall, the USUF held its first small research grant competition. The supplies and equipment purchased through the grants will be used by biotech scientists to facilitate research, to produce data that can be published in international scientific journals, and to develop product prototypes.

Among this year’s winners were the following individuals:

Olha Bakumenko, Sumy National Agrarian University, who is breeding new varieties of winter wheat that are resistant to diseases. The economic savings of this variety translates into economic savings through improved harvests and reduced pesticide use, which is good for consumer health and the environment. The new equipment used in the research contributed to the successful preparation of samples for laboratory tests of these winter wheat breeds, including Smuglyanka, Zolotokolosa, Vesnanka, Kryzhynka, Kalinova, Myronivska 65 and F (4-6) combinations K.1-56 varieties of wheat.

Vitalina Bashynska, Institute of Gerontology of the National Academy of Medical Sciences of Ukraine, who is studying the connection between genetics and substance abuse in Ukraine. The research hopes to shed light on effects and possible pleiotropic effects of the tested loci on substance use disorders in Ukraine’s population. It is believed that this is the first genetic association study of this group of phenotypes in Ukraine. 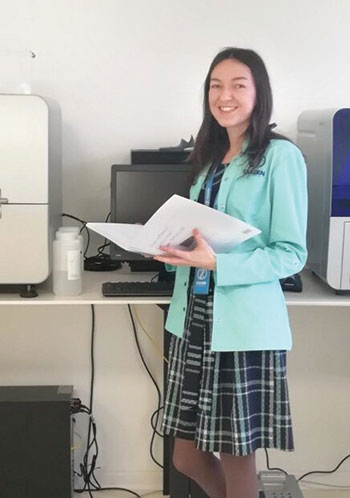 Additional funding is needed to cover a multivariate genome-wide association study, which would allow researchers to extract information on genetic correlation with other mental health disorders and on creation of a polygenic risk score relevant for Ukraine’s population.

Dmytro Krasnienkov, Dmitry F. Chebotarev Institute of Gerontology of the National Academy of Medical Sciences of Ukraine, who is researching gene expression as a function of aging in mice.

Yaroslav Kravchenko, Sumy State University, who is working on development of biocompatible and anti-infective prosthetic implants. His work merges physics and biomedicine.

Mykola Makhonin, National Technical Institute “Khar­kiv Polytechnic Institute,” who is testing the safety of using ozone for disinfecting premises from viruses and bacteria.

Iryna Makovska, National University of Life and Environmental Sciences of Ukraine, who is working on the development of a geographic information system to map the spread of rabies in Ukraine.

Romana Petrina, Lviv Polytechnic National University, Research Gate, who is working on the development of cosmetics and hydrogel masks from substances obtained from cultured plant material.

Bogdan Postolnyi, Sumy State University, who is working on the development of advanced coatings that impart better durability and antimicrobial activity for commonly touched surfaces in locations such as health care facilities.

Bogdan Sinenko, National University of Life and Environmental Sciences of Ukraine, who is growing various plants under Mars-simulated conditions.

Ihor Vereshchahin, Sumy National Agrarian University, who is developing new varieties of one of the most versatile crops – flax. The grant allowed the laboratory to obtain a water deionizer, an aqua distiller and a magnetic mixer that made it possible to germinate flax seed for further DNA isolation. It is hoped that the research will facilitate creating genetic maps of flax, a bank of germplasm of different varieties and species of flax as genetic donors of basic economic traits, and genetic labeling of the main economic characteristics of flax for successful selection.