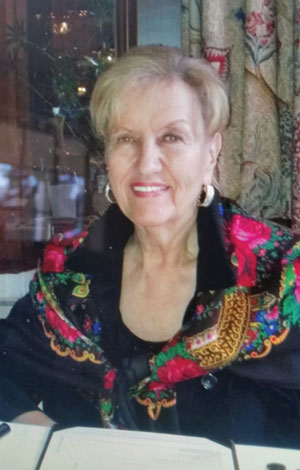 HAMTRAMCK, Mich. – Dedication has always been at the forefront for the board members, staff and volunteers of the Ukrainian American Archives and Museum of Detroit (UAAM). This didn’t change when the COVID-19 pandemic forced the museum to close its doors to the public for a time. Instead, an array of projects were gathered up to be completed within the confines of various homes.

A team of volunteers began preparing muslin hangers and covers for the museum’s growing textile collection, keeping in line with the best practices of conservation. People from across the world continued to reach out to Executive Director Olga Liskiwskyi with numerous research requests.

Shortly before the lockdown, a new exhibit “Kozachchyna – The Forgotten Stronghold, Starodubshchyna,” was installed. With the later loosening of pandemic restrictions, the museum presented “A Winter Exhibit: Ukrainian American Artists,” which highlighted Detroit-area artists and was featured in The Hamtramck Review. The UAAM also took part in presenting “Holodomor: A Remembrance,” a virtual art exhibit featuring the works of Houston-based artist Lydia Bodnar Balahutrak.

Despite the pandemic challenges, the UAAM’s mission to preserve artifacts and educate the general public about the culture, art and history of Ukrainians persevered.
At the close of 2020, the Board of Directors elected Zwenyslava (Dzvinka) Hayda president of the UAAM to replace outgoing president George Stasiw, who was a board member for close to a decade and served as president of the organization for the last four years.

This is Ms. Hayda’s second term as president, as she has played an integral role at the museum throughout the years – joining first as a board member, then later serving separate tenures as vice president and president.

Ms. Hayda expressed her gratitude to Mr. Stasiw for all his contributions, including overseeing the move to the museum’s spacious new location in 2017 and brokering the sale of the former museum building to the Selfreliance Credit Union of Chicago. The old museum has now been remodeled into a modern bank serving the Ukrainian community.
In his outgoing letter to the community, Mr. Stasiw noted that much had been accomplished since he joined the board of directors.

“The accomplishments are a credit to the many hardworking board members that rolled up their sleeves and leveraged their individual skills to contribute,” Mr. Stasiw said. “I cannot thank them enough for their hard work and sacrifices to help our community maintain and evolve the UAAM for future generations.”

Ms. Hayda, who recently retired from teaching at the Detroit Waldorf School, brings a wealth of experience with her and was formerly director of the Waldorf Kinderhouse. In the 1990s, she instituted a Waldorf teacher training program in Ukraine, educating and training teachers in Kyiv and Odesa. She helped found The Stork’s Nest (Buzkove Hnizdo), a Waldorf preschool/kindergarten in Horodenka, Ukraine.

Her other accomplishments include being president of the Detroit Chapter of the Association for Advancement of Ukrainian Culture (ADUK), as well as the director and board member of the Early Childhood Program at the Waldorf Institute of Southern Michigan (WISM). Ms. Hayda is also an award-winning author and illustrator of three children’s books. Her first book, “Little Angel’s Journey,” which received the Moonbeam Award, will soon be translated and published in Ukraine.

During Ms. Hayda’s first tenure as UAAM president, one of her primary goals was to relocate the museum into larger quarters with the aim of properly displaying its expansive holdings and ensuring that Ukrainian cultural events could be held on site. She was instrumental in locating the current building location in downtown Hamtramck, comprising more than 13,500 square feet, and encouraging the purchase.

Notably, in October 2013, former President of Ukraine Viktor Yushchenko and his wife, Kateryna, attended a celebratory banquet held at the Grosse Pointe Yacht Club, aimed to benefit the UAAM. During the event, both Mr. and Mrs. Yuschchenko spoke of the important role that Ukrainian museums serve throughout the world, as they are repositories of Ukrainian culture and history and have a significant impact in representing a nation, providing a source of research for the present and the future. In November 2017, the UAAM held its grand opening, ushering in a new era.

While president of ADUK, Ms. Hayda successfully showcased a wide array of Ukrainian talent to an American audience, beginning with the exhibit “21 Ukrainian Artists,” followed by “Chornobyl – Five Years After,” both held at the venerable Scarab Club in Detroit. The Chornobyl exhibit included monumental artworks by artists from Ukraine, which were flown in on the Antonov An-225 Mriya, a Ukrainian plane which has the largest wingspan of any aircraft in operational service.

Other successful exhibits at the Scarab Club included “Ukrainian Mythology, Folklore and Legends,” and “In Search of Ukrainian Symbolism and Motifs,” followed by “Freedom – Volya,” a cooperative exhibit of Ukrainian artists from Canada and the United States, which was held at the Biegas Gallery. Each exhibit included a musical performance featuring Ukrainian songs. Ms. Hayda also implemented “Chornobyl – 10 Years After,” a children’s exhibit held at Your Heritage House, which featured a bandura performance by students. 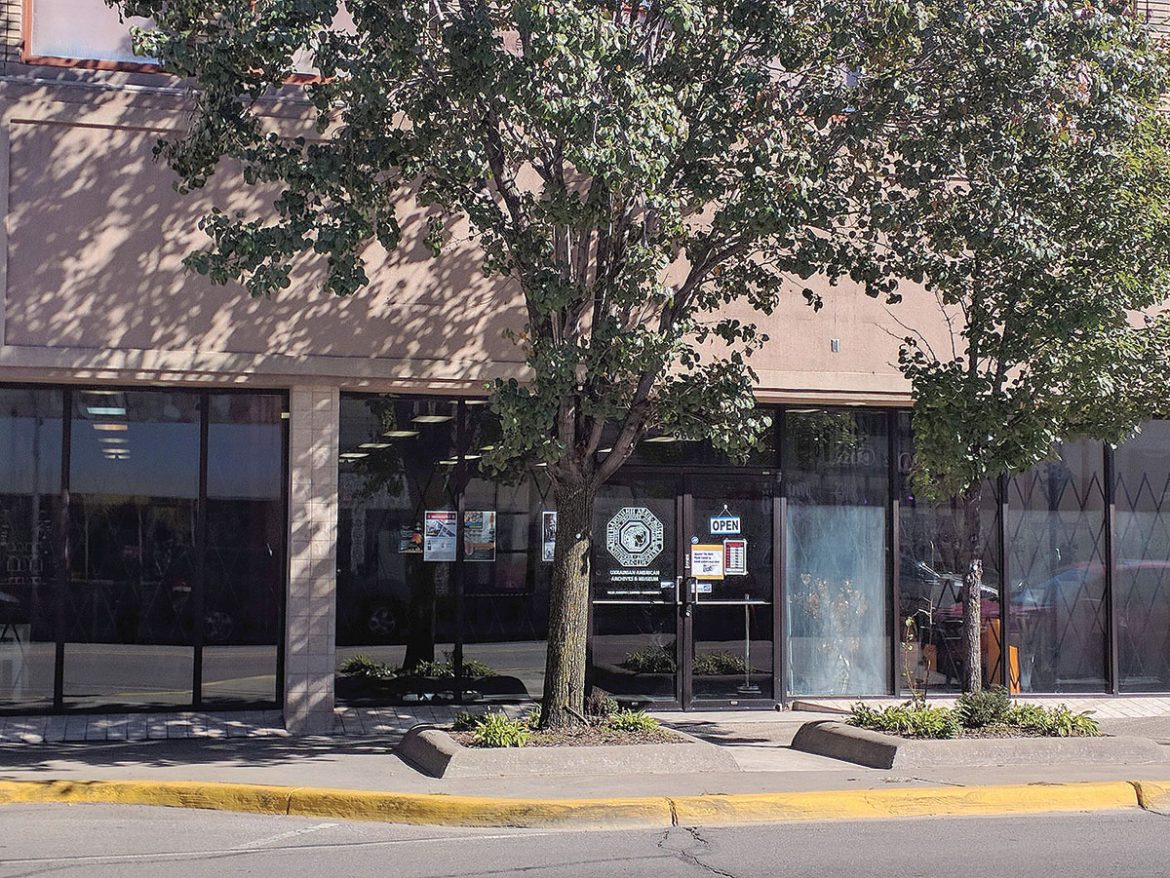 The façade of the Ukrainian American Archives and Museum of Detroit.

Ms. Hayda continues to be enthusiastic and committed to showcasing Ukrainian art to the general public. The Events Committee has developed a three-year plan to implement innovative programming. This spring, an outstanding collection donated by the family of Dr. Miroslaw and Anna Hnatiuk will be displayed.

The Hnatiuks traveled to Ukraine during the Soviet-era and were able to purchase invaluable folk costumes, ceramics, pysanky and artworks. Thanks to the family’s generous donations, The Hnatiuk Collection is now housed at the UAAM and The Ukrainian Museum-Archives in Cleveland. In a nice touch, their daughter-in-law Martha has become the newest board member.

In the meantime, work behind the scenes continues with Ms. Liskiwskyi on site, tirelessly cataloging the UAAM’s vast holdings and archives, hosting visitors according to COVID-19 guidelines, continuing research and guiding museum activities.

For more information about the Ukrainian American Archives and Museum of Detroit, readers may visit the organization’s Facebook page at