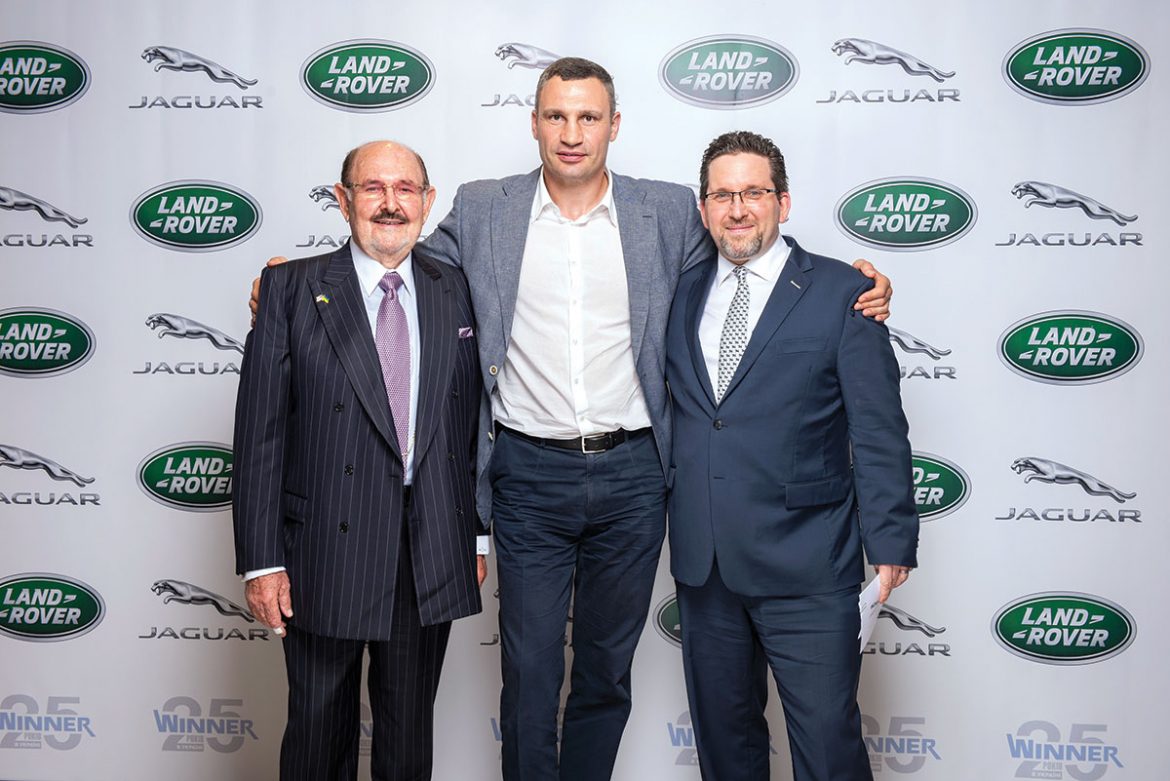 KYIV – The oldest automotive importer owned by a Ukrainian American secured a 20-million-euro ($24 million) loan from the European Bank for Reconstruction and Development (EBRD) to expand operations in the country.

The Winner Group investment will be used to complete the construction of new Renault and Volvo dealerships, help the company transition to a green economy by investing in electric vehicles and expand its logistics, distribution and service capabilities, according to the May 25 EBRD news release.

It took about a year to secure funding for the project. That process included a meeting with an EBRD vice president who flew in from London, said Winner Group management board head Petro Rondiak, who is originally from Philadelphia and is a member of Plast Ukrainian Scouting Organiza­tion.

Mr. Rondiak said the due diligence process was “exhaustive” yet rewarding because it’s “another illustration of our long-term commitment to Ukraine.”

Companies such as Winner Group that take the long view on Ukraine, the former Raytheon engineer said, succeed. The company was founded by successful Ukrainian-American car dealer Ivan Hynansky in 1992 to start selling Ford vehicles in Ukraine.

He started exploring the ambitious endeavor after attending the Grand Slam Wimbledon tennis tournament in 1991 when a Ford executive approached him with the idea to build on his successful dealerships in Delaware and Pennsylvania.

“The executives said, ‘You have a Ukrainian background? Ukraine is now independent, why don’t you start Ford there for us in Kyiv?’” Mr. Rondiak recalled.

Today, Winner Group is an automotive importer, wholesaler and retailer that still offers vehicles made by Ford in addition to those made by Volvo, Jaguar, Land Rover, Porsche, Bentley and MG.

EBRD, which strives to invest at least a $1 billion yearly in Ukraine, is known for stringent compliance and qualification criteria for loans that are packaged with environmental and anti-corruption standards.

“It’s a good alignment with our core vision,” Mr. Rondiak said of the loan and of the timing, because during “economic crises…it’s cheaper to build. We plan to open our Volvo dealership in Lviv in August next to our Jaguar outlet.”

Too many times, he said, companies enter Ukraine’s market “with a short-term view to make a profit…we believe in Ukraine because of our Ukrainian upbringing so we have a long-term growth strategy, if that’s possible to say, given the country’s volatility.”

In line with the company’s approach, Winner Group has almost always embarked on capital investment projects “with our own cash flow,” without having to borrow from outside sources, said Mr. Rondiak who started with the company in 1995.

When Winner does borrow, it turns to the U.S. government’s Overseas Private Investment Corporation (OPIC), which is also known for its rigorous lending requirements.

For example, in 2015 OPIC loaned $20 million to Winner Group so that the company could build a new Porsche dealership along the 35 kilometers of highway that connects downtown Kyiv to Boryspil International Airport. Then in 2018, Winner completed a Jaguar and Land Rover dealership next door to the facility.

This is the company’s first EBRD loan, and the facility Winner is building will receive certification for Building Research Establishment Environmental Assessment Method (BREEAM) for environmental performance.

“They provide good access to capital at good [lending] rates,” Mr. Rondiak said of EBRD. “At the end of the day, we are in the business of making money and reinvesting that in Ukraine.”

In the past that has included donation projects. Winner Group previously purchased a neonatal intensive care vehicle that is being used in Lviv and it has sponsored the Ukrainian national soccer team.

Winner currently is a sponsor of the national paratriathlon team as well as the current domestic soccer league champion Dynamo Kyiv.

During the ongoing COVID-19 pandemic, the company donated seven Ford vehicles for temporary use by doctors and medical volunteers.

Mr. Rondiak likes to use car sales as a metric for overall economic performance.
Car sales, according to him, usually have a five-to-one correlation with how the economy grows. The industry peaked in 2008 at the dawn of the global financial crisis with over 660,000 units being sold.

In addition, Ford is changing its strategy and “moving from passenger cars to focus on its commercial vehicle line,” Mr. Rondiak said.

To compensate for the passenger car shortage, Winner secured exclusive distribution rights for the legendary MG British automaker. The company is now owned by Shanghai Automotive but its models are still designed in London.

Both parties signed an overseas distribution agreement on April 7 and the MG vehicles will be showcased next to Winner’s Fords.