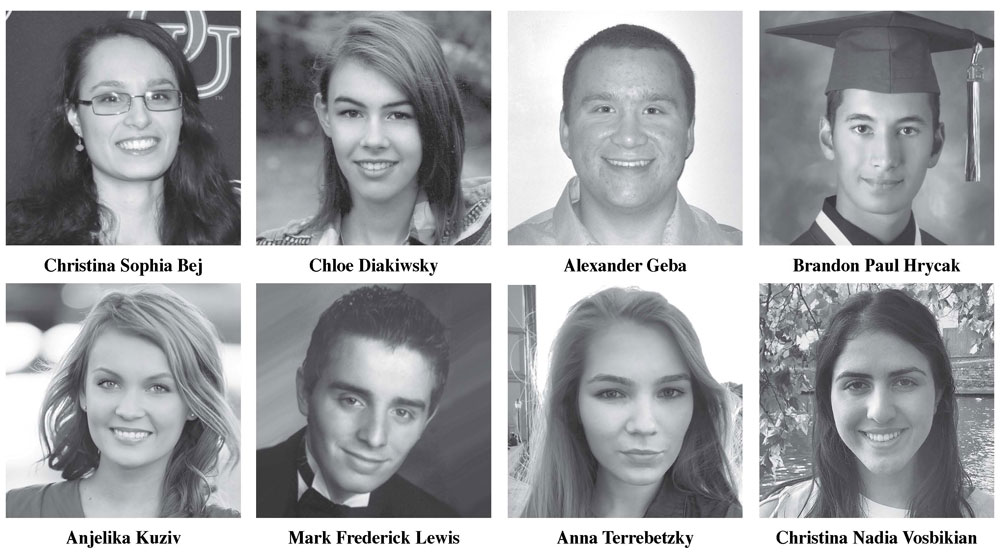 The purpose of the scholarship award is to help undergraduate students pay for books or school supplies. Students are required to write an essay (400-500 words) about a current military or popular topic. The topics for this year are: the war on terrorism, human rights, the negative effects of wars on American veterans, Russian aggression against sovereign countries and Ukrainian American veterans’ contributions to America’s wars. Students can chose any one of these five topics. Other criteria considered for a scholarship are academic achievement and extracurricular activities. The scholarship recipients are announced during the UAV’s annual national convention, which year was held in Chicago on October 13-15.

Applications for student scholarships are available on the UAV website: www.uavets.org. To be eligible for a UAV scholarship, applicants must be descendants of or related to Ukrainian American veterans. Students should be full-time undergraduate college students in a degree program; students attending accredited trade schools or institutions that have a degree program also are eligible. Applications are accepted year round, and the deadline is August 31 of each year.