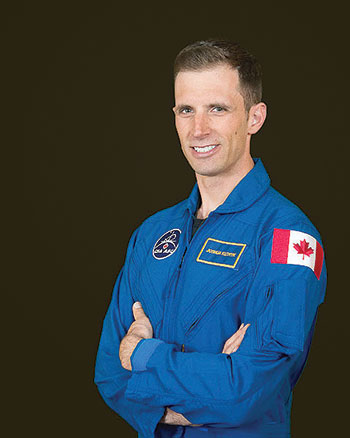 The Ukrainian Canadian Congress (UCC) offered sincere congratulations to Lt. Col. Kutryk on his selection. He and Dr. Sidey were the two candidates selected out of over 3,700 applications to the Canada Space Agency’s astronaut recruitment campaign.

Speaking about his roots, Lt. Col. Kutryk said, “I grew up in a farming community at Beauvallon, which is north east of Vegreville, Alberta. My great-grandfather settled here after immigrating from western Ukraine in 1910. My father, Barry, grew up here as well and was the third generation to farm this land. The property still belongs to our family. Ukrainian was the first language my father spoke. The Ukrainian culture and customs were very important to him. My three siblings and I were raised with these customs which also included learning Ukrainian dancing. Unfortunately we lost our father last July to cancer but his legacy lives on through us.”

Paul Grod, national president of the UCC, stated: “We are delighted by this tremendous accomplishment by a proud member of the Ukrainian Canadian community, having been selected as a Canadian astronaut. Space exploration is one of the most admirable of human endeavors; it is a symbol of what we together can achieve. It inspires generations of young people to pursue knowledge and scholarship. It contributes immeasurably to comity among nations and the greatest of causes – peace for all humankind. On behalf of the Ukrainian Canadian community, I wish Lt. Col. Kutryk great success in his future work as an astronaut. He is an inspiration for us all. Best wishes and Godspeed!”

Lt. Col. Kutryk began his service in the Canadian Armed Forces in 2000. Before joining the Canadian Space Program, Lt. Col. Kutryk was an experimental test pilot and a fighter pilot in Cold Lake, Alberta, where he led the unit responsible for the operational flight-testing of fighter aircraft in Canada.

As the officer in charge of fighter evaluations, he was responsible for safely conducting the initial airborne evaluations of new technologies and systems on the CF-18. He worked with a team of aerospace engineers, analysts, aircraft technicians and program managers in order to make the CF-18 safer and more effective in its mission. Lt. Col Kutryk has worked on a variety of technical flight test projects, ranging from out-of-control flying to automated navigation and flight control systems to weapon guidance and control. In addition, he has worked extensively as an instructor, teaching other pilots how to fly the CF-18 on demanding missions.

In 2012, Lt. Col. Kutryk received the prestigious Liethen-Tittle Award from the U.S. Air Force for being their top test pilot graduate.

From 2007 to 2011, Lt. Col Kutryk served as a CF-18 fighter pilot with 425 Tactical Fighter Squadron in Bagotville, Quebec. During that time he flew missions in support of NATO, United Nations and NORAD commitments around the world. He has been deployed in both Libya and Afghanistan.

In July, Lt. Col Kutryk relocated to Houston to start the two-year Astronaut Candidate Training Program at the Johnson Space Center as a member of the 2017 National Aeronautics and Space Administration (NASA) astronaut class.

Upon being selected to become a Canadian Space Agency astronaut, Lt. Col. Kutryk said: “I remember first coming to Parliament Hill as a child with my parents. I felt proud to be Canadian. Now I’m back as an astronaut. This is a dream come true.” 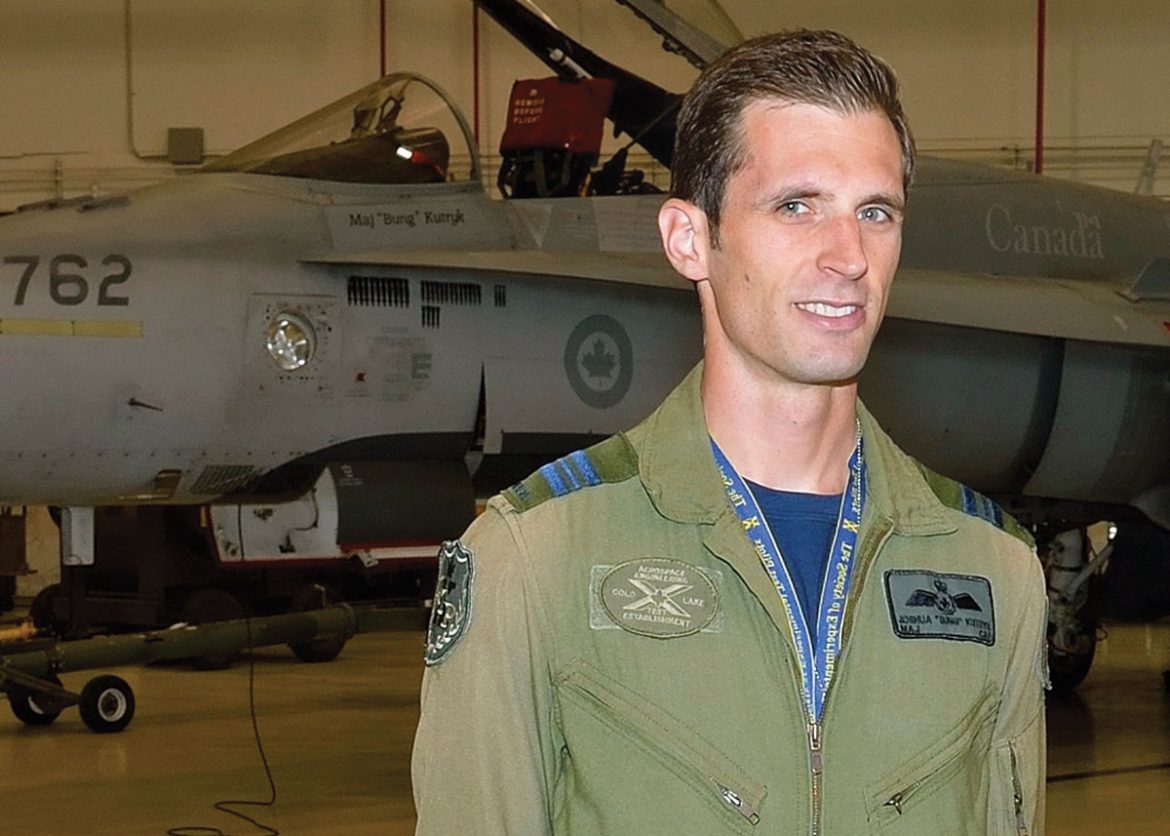 Prior to joining the Canadian Space Program, Joshua Kutryk worked as an experimental test pilot and a fighter pilot.