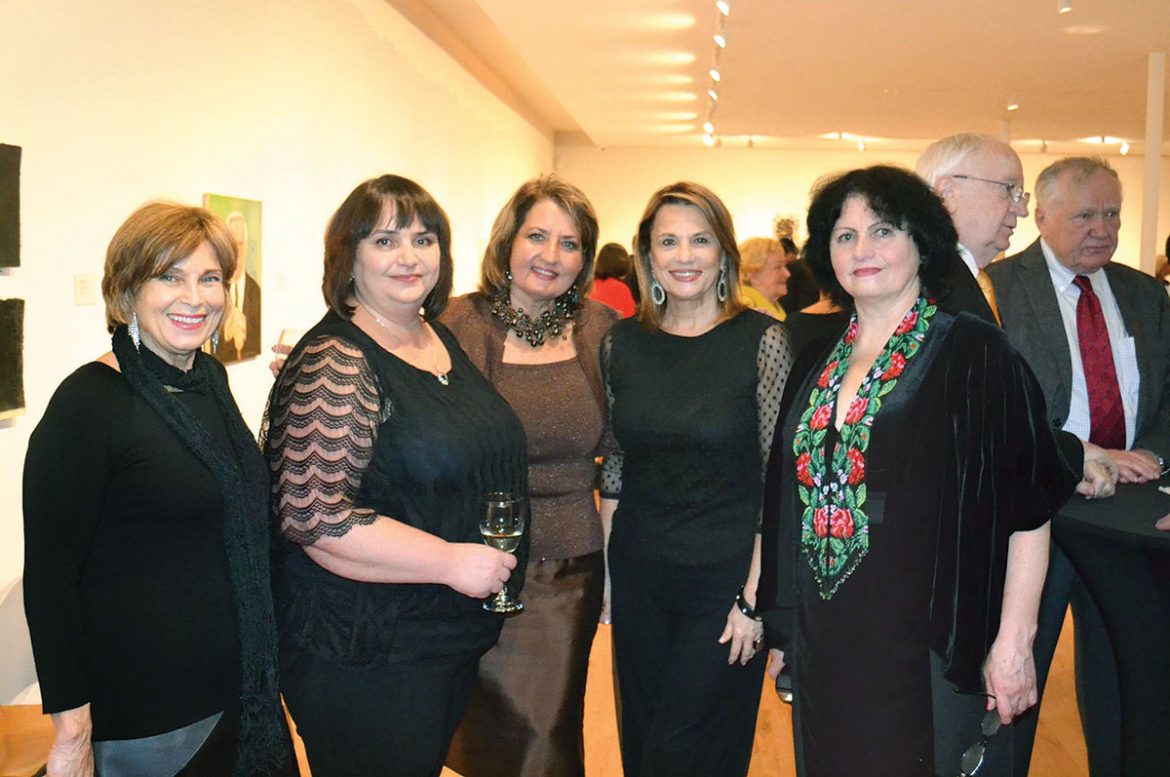 CHICAGO – Guests gathered for a memorable event on March 25 in the galleries of the Ukrainian Institute of Modern Art in Chicago to celebrate its 45th anniversary.

The UIMA was filled to capacity, as its supporters welcomed special guests, among them the Rev. Myron Panchuk, who has been a member of the institute for all its years; Larysa Gerasko, consul general of Ukraine in Chicago; keynote speaker Valya Roenko-Simpson; bandurist Ivan Shmilo; directors of the Heritage Foundation of First Security Federal Savings Bank; and directors of Selfreliance Ukrainian American Federal Credit Union and the Selfreliance Foundation.

The UIMA was founded in 1971 by Konstantin Milonadis, Mychajlo Urban, Wasyl Kacurowsky, Dr. Achille and Vera Chreptowsky, and Oleh Kowerko, a group of visionaries of the post-World War ll political wave of Ukrainian immigration who understood the importance of a venue for all forms of contemporary artistic creativity and expression. They planted the seed that eventually grew into the beautiful galleries of the nationally and internationally recognized Ukrainian Institute of Modern Art.

Initially, the UIMA occupied two floors of a three-story brownstone building, but after a few years, the need for a larger space became apparent. A new building was purchased and renovated, its minimalist façade designed by noted architect Stanley Tigerman. Many benefactors and supporters helped make this possible. Noted among them were Dr. and Mrs. Chreptowsky, Dr. and Mrs. Pylyp Demus, Mr. and Mrs. Jaroslaw Strutynsky, Dr. and Mrs. Joseph Szandra, and Dr. and Mrs. Vasil Truchly.

Its founders envisioned that the UIMA would become Ukraine’s window to the world in the area of contemporary artistic expression at a time when Soviet censorship forced all individual creativity underground. Until almost 1991, when Ukraine declared independence, the UIMA was perhaps the only Ukrainian museum-gallery in the world with a collection of avant-garde and contemporary Ukrainian artists.

The vision also included education as the core mission for the future, with a dedicated educational resource center for both Ukrainian American children and the community at large.

The importance of providing such a forum is even more evident today, as school curricula in the United States have recently shifted heavily toward common-core subjects of reading and math at the expense of the arts. Yet learning to create and appreciate visual aesthetics remains as important as ever for the development of new generations. 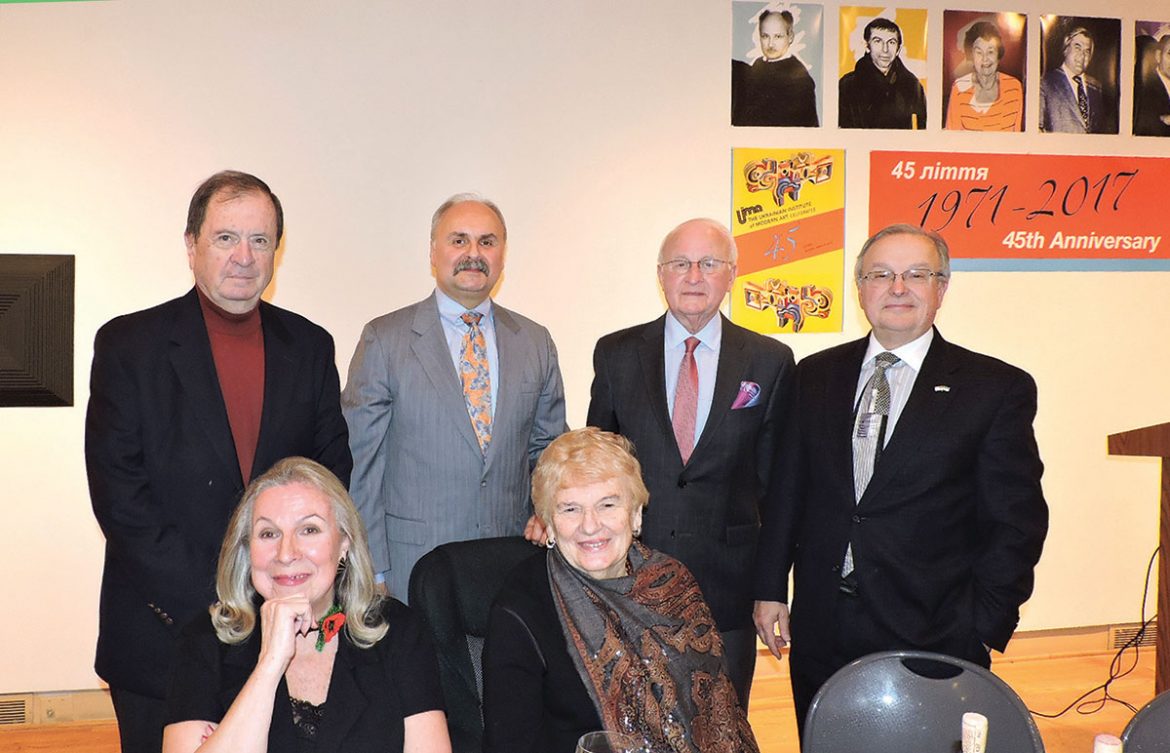 During the anniversary celebration, the board of directors reiterated its commitment to fulfill this vision by announcing plans to expand its current gallery space and establish a Children’s Art Learning Center to serve Ukrainian children and those of all communities and backgrounds.

As a way to recognize the 45th anniversary celebration year, the UIMA is launching a campaign to raise $450,000 for the Children’s Art Learning Center. UIMA Club 45 has been established as a vehicle for donations. Individuals who wish to support this UIMA initiative can become members of Club 45 by donating $45, $450, $4,500 or any other amount. Donations can be sent to UIMA Club 45, 2320 W. Chicago Avenue, Chicago, IL 60622, or made online at http://uima-chicago.org/club-45/

Dr. Pavlo Nadzikewycz, chairman of the board, emphasized the significance of the UIMA as an effective artistic institution that garners much publicity in the local media in Chicago and serves as a source of information about contemporary Ukrainian art and artists.

Consul General Gerasko underlined that the Ukrainian Institute of Modern Art, through a prism of spiritual values, plays an important role in the promotion and popularization of Ukrainian contemporary art both nationally and internationally.

Oresta Fedyniak, president of the Selfreliance Foundation, congratulated the institute on its growth and stated, “under the able leadership, through the hard work of staff and numerous volunteers, UIMA leads among art galleries in Chicago, promoting Ukrainian art on the world stage.”

Taras Gawryk, member of the board of directors of the Heritage Foundation, thanked the UIMA staff and volunteers for their important work of preserving and promoting Ukrainian artistic creativity, literature and music. He stressed the importance of the UIMA Children’s Art Learning Center, “for this will enrich not only the youth of the community but also the area of Chicago’s Ukrainian Village.”

Each foundation awarded UIMA with a substantial donation.

The Ukrainian Institute of Modern Art now beckons a new generation to continue this journey of support and involvement. Motria Melnyk, vice-president and emcee of the program, introduced UIMA Next, a group of young professionals. Martha Ryvak, one of its initiators, informed the audience about the future strategic partnership between the institute and UIMA Next. The audience was inspired by the young professionals and their fresh ideas, new energy and enthusiasm on a path of new collaborations.

Stano Grezdo, UIMA curator, was recognized for his 10-year anniversary of curating exhibitions for UIMA. It was noted that his creativity and artistic skills have elevated the institute to an art institution of the highest excellence. 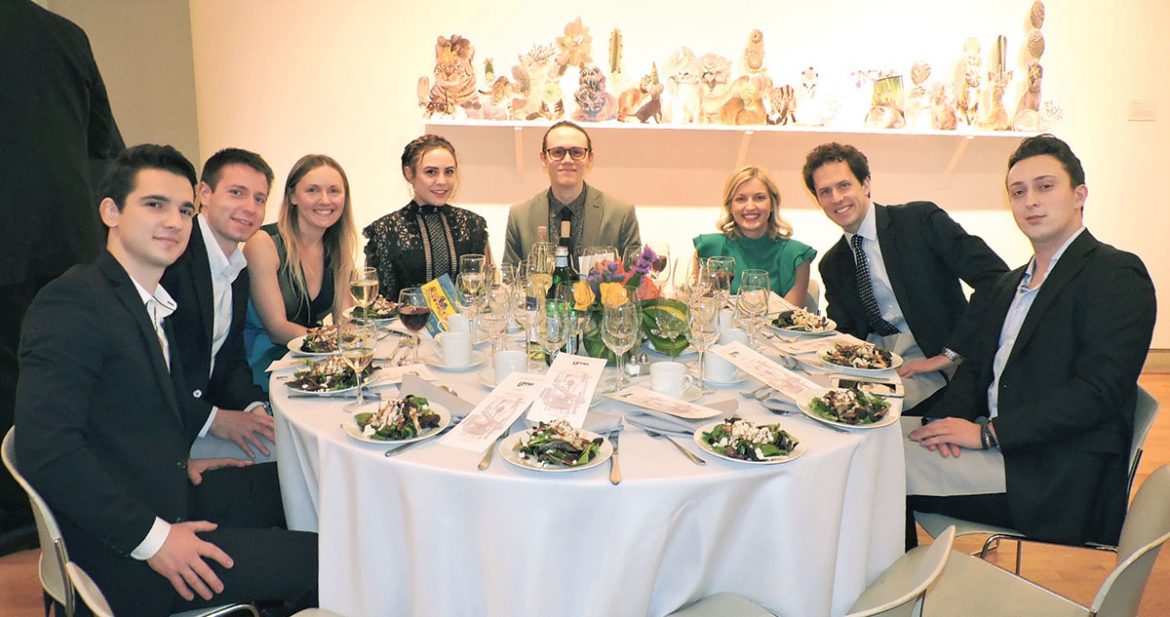 The keynote address was delivered by VALYA (the professional name used by Ms. Roenko-Simpson), a nationally and internationally recognized fiber artist. She described her journey of becoming an artist within the Soviet system which suppressed freedom and the right to creativity and individuality. During an internship in the U.S., she first heard the expression, “in my opinion” – a concept foreign to the Soviet system. The experience opened up a new world of freedom, individuality, unique ideas and creative paths for the artist.

The highlight of the celebration was a performance by virtuoso bandurist Ivan Shmilo. The audience sang along as he played a medley of Ukrainian classic songs. He honored the UIMA’s 45th anniversary celebration by playing a piece he composed especially for this evening.

Orysia Kossak-Cardoso, UIMA president, concluded the program with gratitude to those who had worked for the past 45 years to build and promote the institute, always embodying the ideas and dreams of their predecessors. In its 45 years, the UIMA has made a significant contribution to Ukrainian contemporary artistic expression, and brought it to the attention of the international community.

Motria Melnyk is vice-president of the board of the Ukrainian Institute of Modern Art and director of programs.