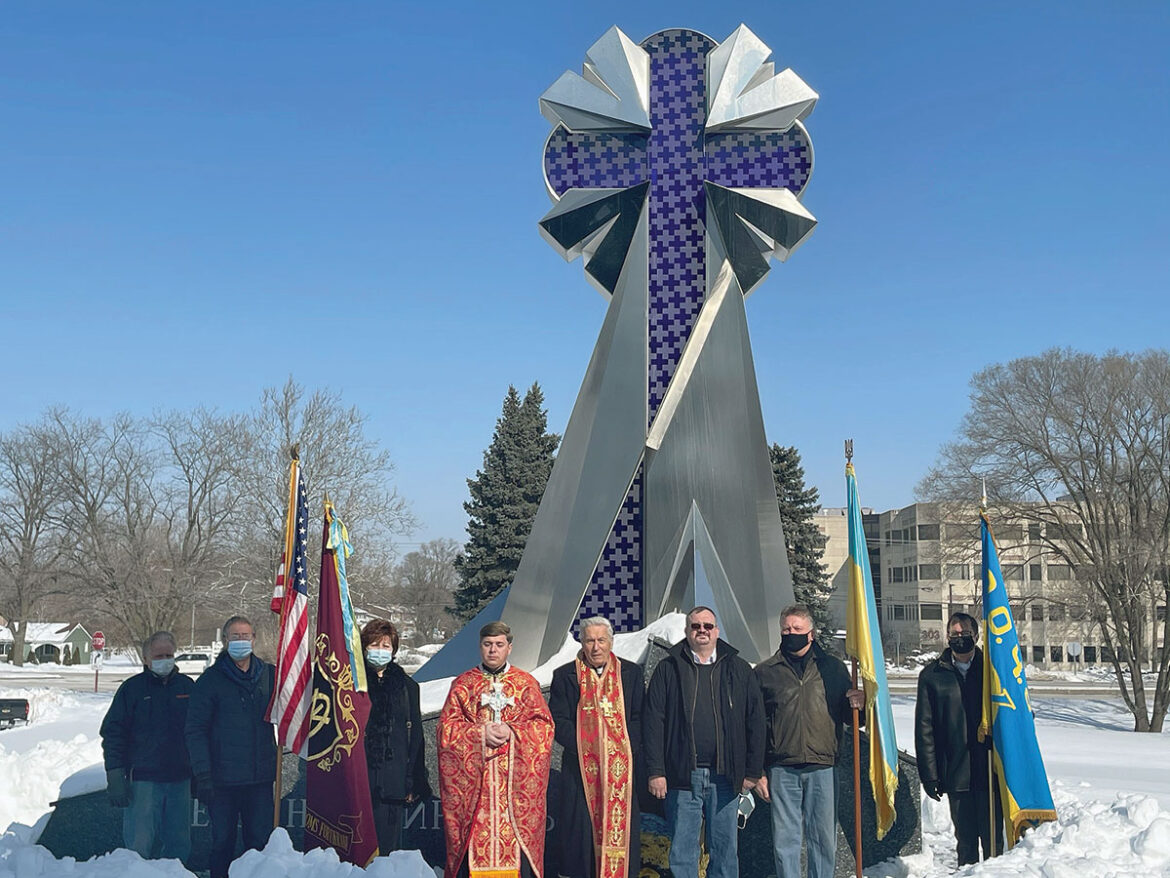 BLOOMINGDALE, Ill. – Since 2016, the monument dedicated to Euro-Maidan’s Heavenly Hundred (Nebesna Sotnia in Ukrainian) in Bloomingdale, Ill., has been the site of solemn commemorations dedicated to the more than 100 individuals who were killed between February 18 and 21, 2014, during the Revolution of Dignity in Kyiv. 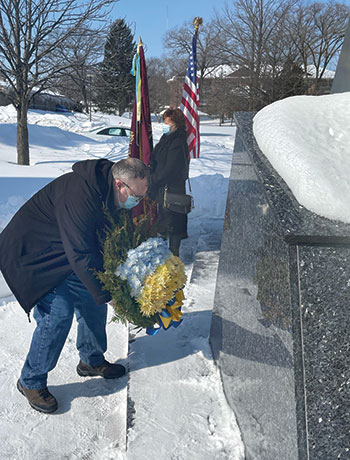 Serhiy Koledov, Ukraine’s consul general in Chicago, places flowers at the base of the monument to the Heavenly Hundred.

Ukrainian clergy of various confessions, as well as local, state and national dignitaries, and members of the Ukrainian community of Chicago took part in the solemn commemoration.

Following the memorial service, Sergiy Koledov, Ukraine’s consul general in Chicago, and the Very Rev. Poliarny placed a memorial wreath and flowers at the foot of the monument to the Heavenly Hundred.

To date, the first and only monument in the United States dedicated to the Heavenly was unveiled on September 20, 2015, on the grounds of St. Andrew Ukrainian Orthodox Cathedral in Bloomingdale, Ill. The monument was designed by Yevhen Prokopov, a Treasured Artist of Ukraine whose works have been exhibited and are in private collections around the globe, and it was designed by architects Orest Baranyk and Roman Holowka. 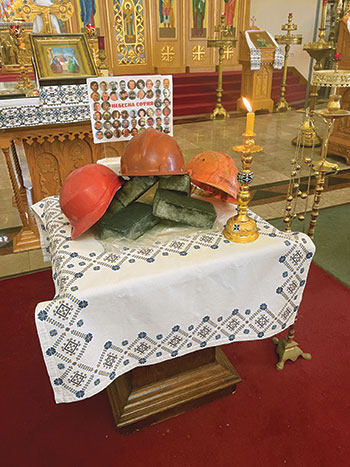 In 2015, in an interview related to this project, Mr. Prokopov discussed the symbolism portrayed in the monument. “I believe that a work of art may have many allegorical meanings but there should be one leading idea that supports the content,” Mr. Prokopov said. “The main idea of the monument is that one main symbol (a cross) contains 100 crosses. One hundred human destinies are unified by one belief that gives birth to one undying mass movement. The blue crosses symbolize the souls of the departed and the white of those heroes whose destiny was to be spared. They stood side by side on the Maidan and were unified in their heroism. The highly polished steel surface of the monument will reflect the sky, which further supports the allegorical reference to the Heavenly Hundred.”

Observed on February 20 ever year, the commemoration of the Heavenly Hundred is an annual commemoration in Ukraine and Ukrainian communities throughout the world. It was established in 2015 by then Ukrainian President Petro Poroshenko to honor the memory of those individuals who died during the events of the Euro-Maidan protests.
Due to the pandemic, this year a large, public commemoration was not possible. The Ukrainian Congress Committee of America-Illinois Division reached out to the sixteen Ukrainian churches in Illinois with a request that each honor the memory of the Heavenly Hundred in their respective parishes.

The memorial service at St. Andrew Ukrainian Orthodox Cathedral was live-streamed on Facebook and can be found on the St. Andrew Ukrainian Orthodox Cathedral-OCU YouTube channel at http://youtube/LNTY2u8GuPA. For additional information, readers can also visit the following websites: uccaillinois.org, https://www.facebook.com/UCCAILLINOIS and https://www.youtube.com/channel/UCbh-v4QU_vBFblh3FvrU77w.