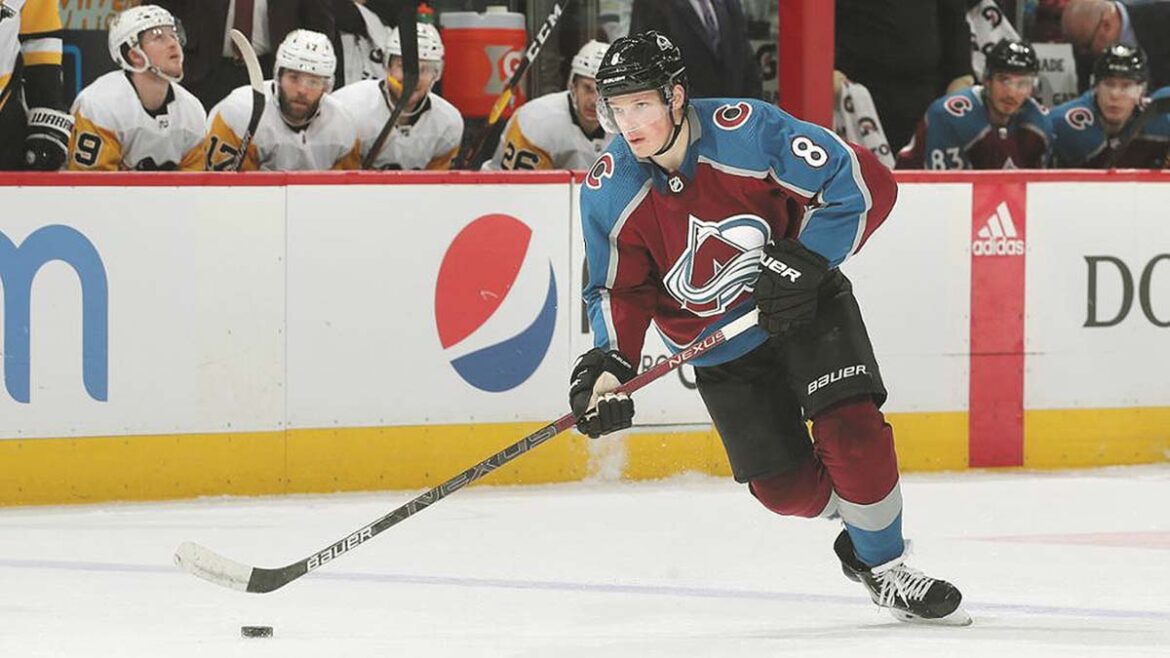 Cale Makar of the Colorado Avalanche.

At the conclusion of every National Hockey League game there is a spotlight shown on the game’s three top performers, known as the three stars. In reviewing the abbreviated 2019-2020 NHL season, Ukrainian style, yours truly has taken the three stars tradition a step further with his selection of the three most outstanding Ukrainian players of the year, who all happen to be defensemen.

All three can be described as most pleasant surprises, each for a most unique reason: Makar due to his youth and inexperience, Oleksiak because he exceeded all realistic expectations, and Pelech for returning from a serious injury. All three were hugely relevant playoff performers for their clubs: Makar was a top point producer for the second-round bound Avalanche, Oleksiak’s physical presence intimidating opposing forwards combined with some surprising offensive production helped his Stars to the Stanley Cup finals, while Pelech’s welcome return to a formidable blueline spurred the Islanders to the Eastern Conference finals.

A 21-year-old entering his initial year as a pro knows he’s had a really good first season when he is selected as the NHL’s rookie of the year. Makar began the 2019-2020 regular season with points in each of his first five games, the fifth defenseman in league history to open his career with a five-game point streak. He was named the NHL’s Rookie of the Month for November after leading all defensemen in points (16) and goals (7) in 14 November games. His 16 points were the third-most ever by a rookie defenseman in November and the most by a rookie defenseman in any month since fellow-Ukrainian Alexei Zhitnik’s (19) in March 1993. Makar surpassed the 20-point mark on November 16, becoming just the fourth defenseman in NHL history and the first since 1980-1981 to record 20 or more points in his first 20 career games.

Makar led Colorado’s blueline in points, goals and assists, all franchise records for a rookie defenseman. His four game-winning tallies were also a franchise mark for a first-year backliner. He went on to record 15 points (4G, 11A) in 15 contests during the 2020 Stanley Cup Playoffs.

In the second period of Game One of the Stanley Cup Finals, Jamie Oleksiak swooped deep into the slot to collect a pass from Alexander Radulov. After his first shot, Oleksiak pulled the rebound around a sprawling Luke Schenn and beat Tampa Bay goaltender Andrei Vasilevskiy high. The goal was Oleksiak’s fifth of the playoffs, matching his career regular-season high, and stood up as the game winner. He produced an assist, seven hits, three blocked shots and a plus-2 rating in a 3-2 double overtime win over the Lightning in Game 5. He was his usual physical self in the contest, but his secondary assist on Corey Perry’s goal increased his playoff point total to nine (5G, 4A) and improved his plus/minus to a plus-11 rating.

His solid pairing with Miro Heiskanen helped propel the Dallas Stars past Calgary, Colorado and Vegas in the West, before finally losing to the Tampa Bay Lightning in the finals. Oleksiak’s use of his 6-foot-7 frame to physically shut down plays and bang some heavy opposition forwards and his growth as an all-around defenseman was a major storyline in the 2020 Stanley Cup Playoffs. This version of Oleksiak is the one the Stars hoped would emerge when they selected him as a first-round pick in 2012. When general manager Jim Nill re-acquired Oleksiak from Pittsburgh last season, this player was in his dreams. He has found his footing in the NHL by firmly making his mark on the blueline with the Dallas Stars.

Pelech took for granted his season was over when he ruptured his Achilles’ tendon on January 2. He had no idea the NHL would pause play due to COVID-19 some two months later. Almost seven months later he returned to the ice, reunited with top-pair partner Ryan Pulock, in an exhibition game prior to the team’s best-of-five qualifying series against Florida.

The top-pair’s steady defensive play and Pelech’s postseason emergence as the no-doubt-about-it best shutdown option was a key factor in the Islanders’ run to the Eastern Conference Finals, their deepest playoff run in 27 years. In 21 postseason games, Pelech chipped in with a goal and four assists, but what was most noticeable was his defensive positioning and strength, both along the walls and defending the front of the crease.

He suffered his Achilles’ injury during pregame, off-ice warmups on January 2. At the time, the questions centered not on whether Pelech would be able to return during the season, but whether he would be ready for next season’s training camp. He began skating on his own during the season’s pause, then joined his teammates for voluntary workouts on June 8. 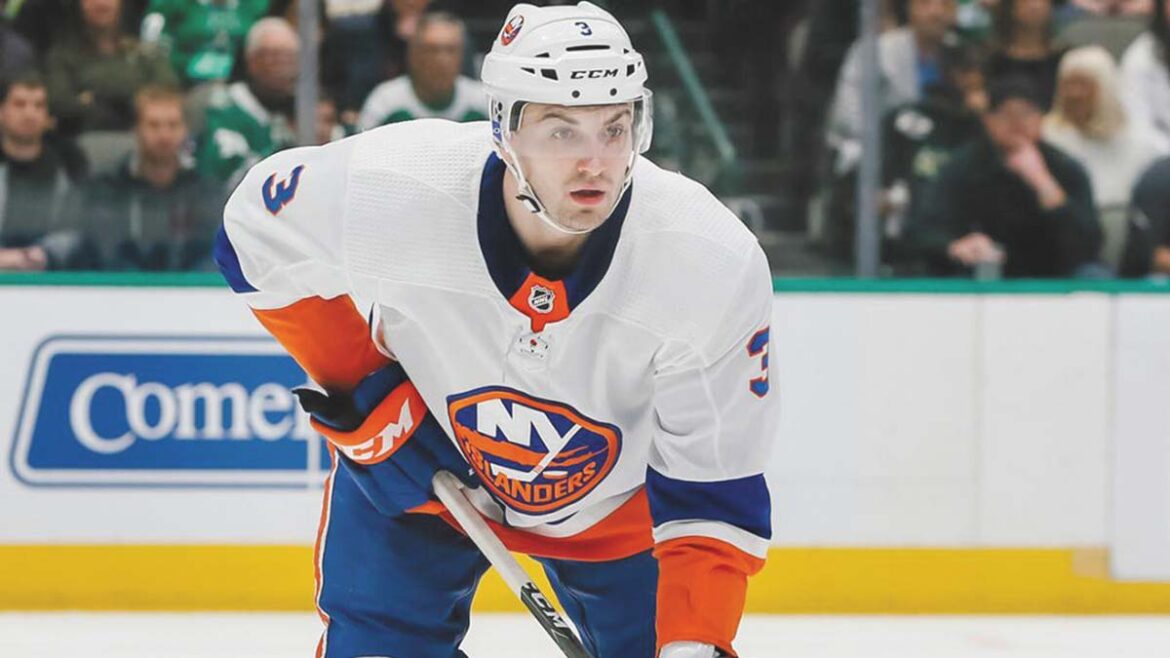 Parayko and Chychrun move up on depth charts

St. Louis’ Colton Parayko (64-10-18-28-16) and Arizona’s Jakob Chychrun (63-12-14-26-38) have both climbed their team’s depth chart on the blueline side. Parayko is no longer known strictly for his booming shot and offensive game. Chychrun has moved into the top four, combining physicality and courage with some offensive flair. Johnny Boychuk (64-2-9-11-14) returned from ongoing injuries to help the Islanders in the playoffs. Mark Pysyk (58-9-9-18-20) saw time at right wing in addition to playing defense for the Panthers. Montreal’s Brett Kulak (56-0-7-7-12) is statistically the Canadiens’ most efficient defender in limiting opponents’ quality scoring chances. Greg Pateryn (20-0-3-3-6) came back from an injury prior to the pandemic and is a strong presence in front of Minnesota netminder Devan Dubnyk (30GP-17W-15L-2T-3.35-.890), who has experienced a couple of challenging seasons tending goal. Taylor Fedun (27-2-7-9-8) joined the Stars in a trade from Buffalo and made the most of his new lease on hockey life, even dressing in 11 playoff contests. Josh Mahura (11-1-3-4-2) impressed during his two stints with Anaheim, hinting to a spot on the Ducks’ top-six defense corps in 2020-2021.