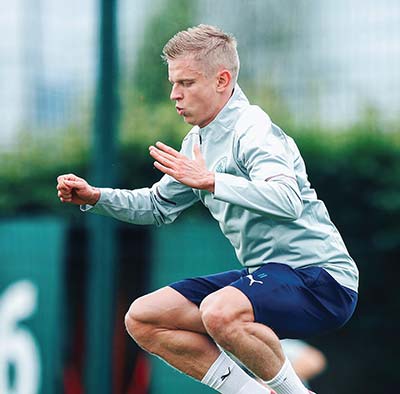 Manchester City star Oleksandr Zin­chen­ko is more careful than most when reminiscing about his eventful past. He was understandably wary of saying something which could have inflamed tensions back home in Ukraine, even as he prepared for the biggest match of his career in late May – the Champions League final. Zinchenko freely admitted it was the “toughest moment” of his life when he fled his native land in 2014 when war broke out in eastern Ukraine.

The then 17-year-old Shakhtar Donetsk player spent several months training by himself in the streets of Moscow in the midst of a contract dispute, which meant he could not even train with another professional club. Many in his position would have given up, but Zinchenko said the thought never entered his mind.

“That period was the toughest, but you cannot lose your dream,” he said in a late-May interview with Great Britain’s ITV News. “For a long time, I didn’t speak about that period. You know, that was really tough to remember as well, because, yeah, I couldn’t even say to you right now everything.”

“But it’s made me stronger, that situation. Since I was a kid, I couldn’t even dream that one day I would be in the Champions League final, but everything is possible.”

Zinchenko believed he was well equipped to deal with his life’s circumstances, having left his family as an 11-year-old to play with one of Ukraine’s best teams, Shakhtar – who play hundreds of miles away from the other end of Ukraine where he grew up in Radomyshl, Zhytomyr Oblast.

In spite of what could have been a bitter breakup, Zinchenko holds no grudges against Shakhtar: “I respect them. I have never said something bad about them because the things they have done for me are unbelievable. I really appreciate that.”

Once the dispute was settled, the flying fullback signed with the Russian Premier League’s Ufa, prior to his transfer to Manchester City. His stoic approach served him well for several years as he struggled to hold down a spot on the first team. These days, he’s a regular starter at age 24, and he played a key role in his team’s resilient semifinal win against Paris St. Germain. The defining image of the second leg was John Stones’ goal-like celebration with Zinchenko after the Ukrainian superbly blocked an opposing shot.

He said he would be thinking of his family and pet dogs when he walked out on the pitch in Porto for the final against Chelsea. He lined up for the match with a smile on his face. Manchester City ended up losing the final by 1-0, but it is a sure bet Zinchenko will bounce back even stronger than ever.

Olynyk hooped it up in Houston

Thirty-year-old free agent Kelly Olynyk averaged 19.9 points on 54.5 percent shooting, 39.2 percent 3-point shooting, 8.4 rebounds and 4.1 assists in 27 games with the NBA’s Houston Rockets. Though the Rockets were pleased to add the Ukrainian Canadian when they decided to trade Victor Oladipo at the deadline, Olynyk exceeded all expectations offensively. He was outstanding around the basket, hitting 73.7 percent of shots within five feet, and averaging 1.16 points per post up possession. He was quite valuable as a playmaker because the Rockets played so often without a point guard down the stretch, running pick-and-rolls with Olynyk and other big men to take advantage of Olynyk’s playmaking abilities. 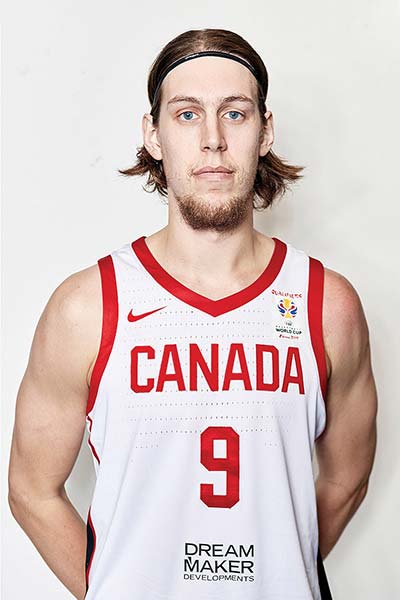 Olynyk scored at least 20 points 15 times in his 27 games with Houston, having never produced more than six 20-point games in any of his previous seven NBA seasons. Beyond his on-court production, Olynyk embraced the role of a veteran leader, despite going from a team that played in last season’s Finals (Miami Heat) to a team which would finish with the league’s worst record.

Olynyk became a free agent in August, so it is far from a given he will be back in Houston for the 2021-2022 season. He did enjoy his experience and is open to a return, liking his fit with the Rockets, his admiration for head coach Stephen Silas and his comfort with the Houston community. It is unclear how aggressively General Manager Rafael Stone will bid on Olynyk, and it is doubtful he would give a team too much of a discount, since Olynyk is in his 30s and has limited years left at peak earning power. Olynyk might prefer a situation with a better short-term opportunity to win (He signed a three-year deal with the Detroit Pistons as a free agent; more on this in the future).

Kalynuk a most impressive rookie

Ukrainian Wyatt Kalynuk is a left-handed defenseman who was a seventh-round pick of the Philadelphia Flyers in 2017. He never signed with the Flyers, choosing instead to ink an entry-level contract with the Chicago Blackhawks in July 2020. The 24-year-old is a late-bloomer, having struggled in three seasons playing in the USHL with Lincoln and Bloomington. After being drafted by the Flyers, Kalynuk opted for college hockey, taking his talents to the University of Wisconsin. In three seasons with the Badgers, Kalynuk tallied 78 points in 110 games, flourishing as a star on a struggling team and being named team captain in his final season. 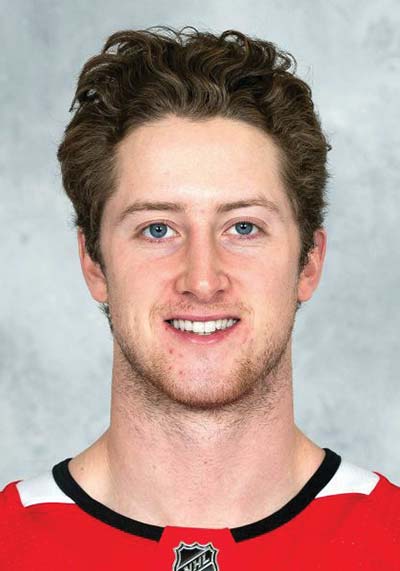 Young players who become highly touted defense prospects are usually dominant in their late teens, and are heavily scouted heading into their draft eligible year. As Kalynuk was a late bloomer, his path to the NHL took longer. However, due to his excellent development in college, Kalynuk wanted to sign with a team where he would have a chance to crack the lineup sooner rather than later. While other young defensemen experienced ups and downs while adjusting to NHL play over the course of the season, Kalynuk was able to jump into the Blackhawks lineup, brushing off any growing pains relatively quick.

Kalynuk’s skillset lends itself to the style of play espoused under coach Jeremy Colliton. Not the fastest skater on the ice, Kalynuk is quick to his spots, displaying good awareness and vision. He is an accurate passer who has shown he can pinch in deep to help create shooting lanes and scoring chances.  That, paired with a solid shot, led to the Ukrainian finishing his first season with four goals and five assists in 21 games.

His offensive prowess was not Kalynuk’s only promising skillset. Chicago’s No. 48 showed his ability to block shots, create takeaways and utilize his body to knock his man off the puck. He further demonstrated an ability to skate his way out of trouble.

Although the sample size of 21 games is small, Kalynuk showed he can be molded into a very good defensive player. He may not be a top pairing defenseman, but he certainly fits the bill of a long-term, important second-pairing role player. Every contending NHL squad needs two strong defense pairs for success. A key for Kalynuk’s personal long-term success is that he develops properly.

Bottom line, small sample size or not, Kalynuk impressed and showed the potential to be a vital player for Chicago. He is not dominant or overpowering, but has what it takes to succeed in a fast, talented NHL. The way the league has shifted over the past several years means that responsible blue liners who can skate well and get to their spots are truly invaluable.

Kalynuk can be that guy on the ice when the Blackhawks are taking a face-off late in the third period, in a close game, when their fans are on their feet and the arena is jumping. He can be the guy who gets the face-off, and either sets up a teammate for a game-winning wrist shot or blasts a slap shot from the point.