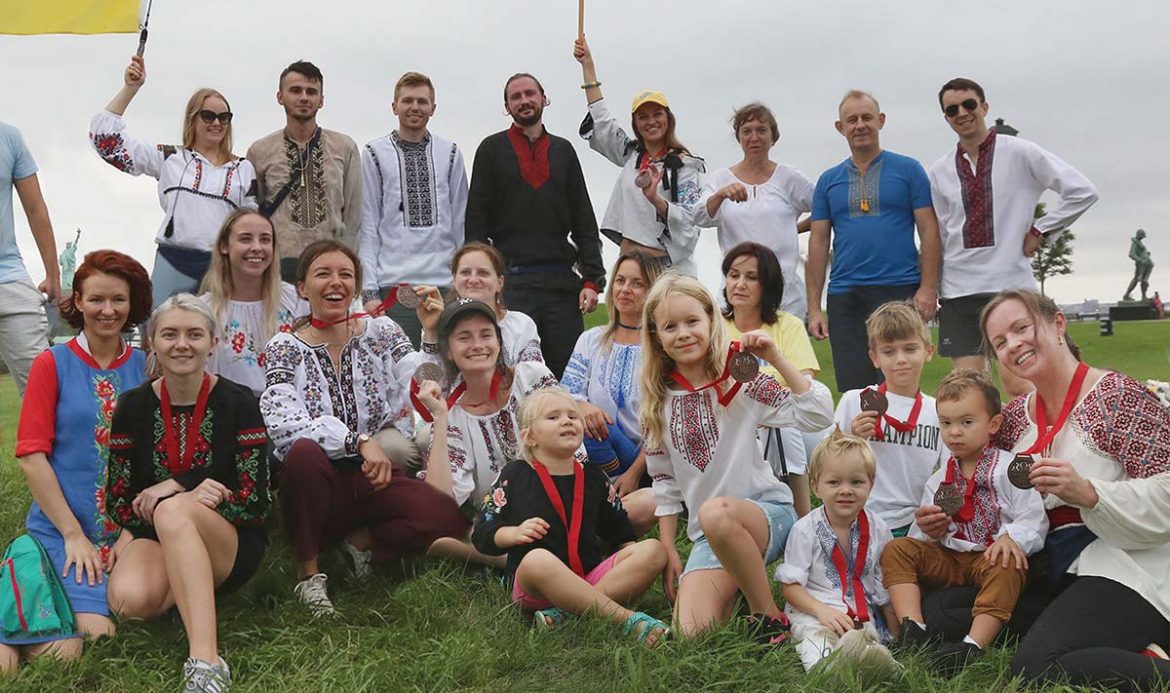 The most active participants of Vyshyvanka Run were awarded with medals.

NEW YORK – Every year since 2015, Ukrainian Running Club New York has celebrated Ukrainian Independence Day with a Vyshyvanka Run. As the name implies, participants must run or walk a certain distance while wearing a traditional Ukrainian embroidered shirts (vyshyvanka) or a T-shirt made to look like an embroidered shirt.

As a result of the ongoing COVID-19 pandemic, last year’s Vyshyvanka Run took place virtually. Instead of holding a run in one location, this year Ukrainian Running Club New York took the added pandemic precaution of holding the event in three different locations: Central Park in Manhattan, Prospect Park in Brooklyn, N.Y., and for the first time Liberty Park in Jersey City, N.J.

But organizers of this year’s event had even more challenges to overcome, as hurricane Henri hit New York City and the surrounding area, forcing organizers of the Vyshyvanka Run to urgently postpone the event from August 22 to the following Sunday. As a result, runners had a cloudy, but not hot Vyshyvanka Run on August 29; the better weather made it more pleasant for the event’s participants.

The group with walkers in Prospect Park was led by the founder of Ukrainian Running Club New York Anna Shpook, while the group of runners was led by Helen Bezuglov and Oleksandr Soldatenko. In Central Park, these roles were performed by Dmytro Molchanov and Dmytro Boyko, respectively, and in Liberty Park by Olga Melnyk and Stefan Slutsky. 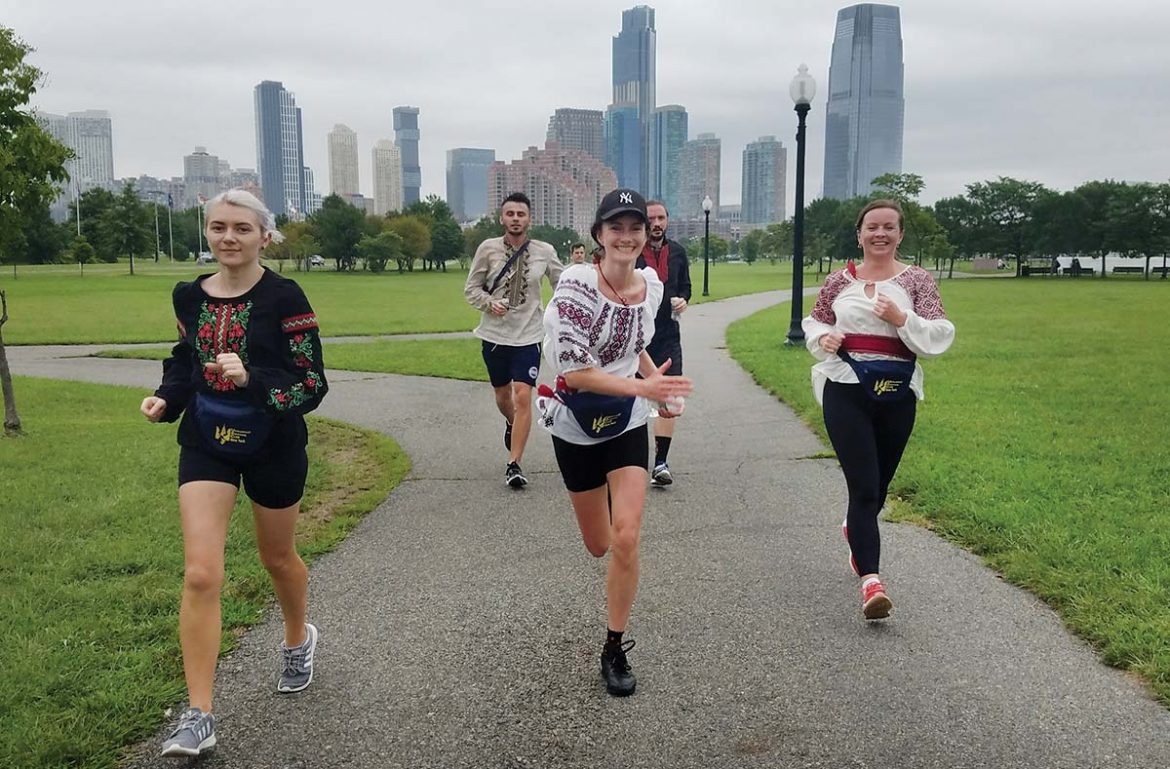 All participants in this year’s Vyshyvanka Run received gift bags and water bottles with the Ukrainian Running Club New York logo at the conclusion of the event.

In addition, Ukrainian Running Club of New York gave participants beautiful color maps with distances for runners and walkers, which helped participants during the event. The maps also served as a keepsake.

The check-in, start and finish lines for the run were located on the picturesque lawn of Flag Plaza just opposite the Statue of Liberty. After determining the direction in which Kyiv was located, warming-up, which was led by Veronika Gunko, and singing the Ukrainian national anthem, the runners started their 7-kilometer course. They were followed by individuals who walked a distance of three kilometers.

The course took runners to the Open Sky Memorial and the historic New Jersey Central Railroad Terminal. Both groups – walkers and runners – took part in the event while carrying Ukrainian flags along the crowded promenade of the park, where many interested viewers were told that a bright anniversary was being celebrated.

A separate race was organized for children. Participants in that race, which was emotional for both the young runners and their parents, received beautiful medals prepared especially for this year’s event. The fastest runners and volunteers were also awarded medals.

Following the event in Jersey City, participants stayed and talked for several hours and organizers said they plan to hold future Vyshyvanka Runs in that location annually.

Organizers expressed thanks to Tetiana Samokysh, who prepared a platform for an online registration of participants for all three locations, as well as to Erica Slutsky, who delivered medals to New York which were made in Kyiv, and to the weekly newspapers Meest and The Ukrainian Weekly, which ran advertisements of leading up the Vyshyvanka Run.