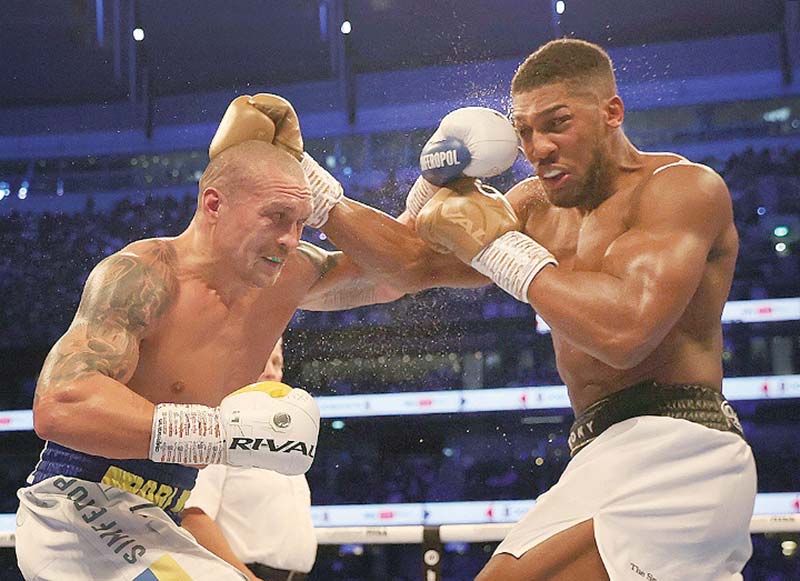 Several days before their September 25 showdown at Tottenham Hotspur Stadium in London, a nervous Eddie Hearn was expecting a mentally “draining” fight for his client Anthony Joshua of Great Britain. Joshua had height, reach and weight advantages going into defending his WBA, IBF and WBO heavyweight titles against Oleksandr Usyk. Yet Hearn, among other noted boxing pundits, anticipated perhaps the toughest test of the Briton’s career.

This premise was based on the breathtaking skill set possessed by the Ukrainian boxer, who won gold at the London 2012 Olympics (heavyweight division) a day before Joshua won his title (super heavyweight division). A skill set comprised of deft footwork, blurring hand speed and stamina is matched by few others. The former undisputed world cruiserweight champion was regarded by promoter Hearn as the most demanding of foes for Joshua, who avenged a defeat to Andy Ruiz Jr. (33-1, 22 KO) of the U.S.A. and rose from the canvas to stop Wladimir Klitschko (64-4, 53 KO).

In a September 22 interview with Pa media, Hearn said: “I’m very nervous, which is great. I want to be nervous because I then know it’s a real fight. This is probably AJ’s [Anthony Joshua’s] toughest ever fight and I think he’s going to prove to the world how good he is. He’s ready for this fight, but it’s the ultimate challenge with someone that’s very strong mentally. Mentally it will be draining [for Joshua] because he’s going to have to think a lot, there will be a lot of feints from both men and reactions are going to be key. Usyk is going to be a tough, tough nut to crack.” 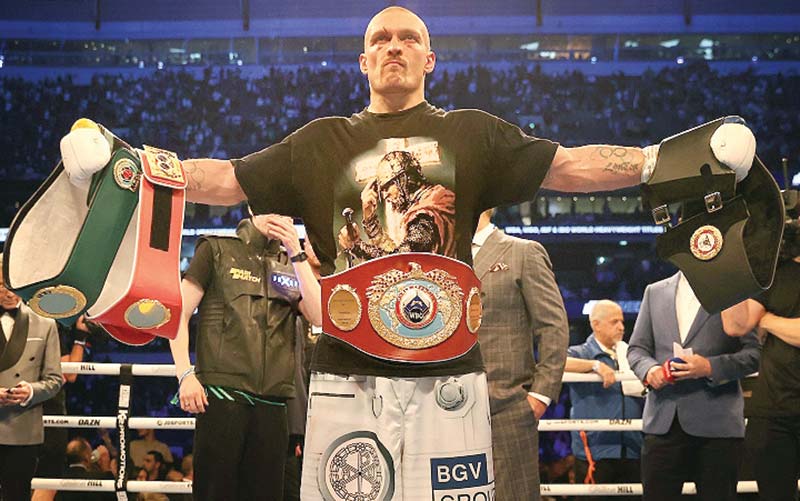 The promoter’s concerns proved to be most prophetic. In a classic battle of heavyweights, some described the outcome as shocking and stunning with others praising the challenger for outclassing the reigning champion. All were in agreement that Usyk shook up the sport’s heavyweight division when he became a two-weight world champion with his unanimous points decision over Anthony Joshua to capture the WBA, IBF and WBO world heavyweight titles. The Ukrainian’s agile footwork kept him out of trouble while his accurate jab and quick one-two combinations accumulated points, winning by the judges’ scores of 117-112, 116-112 and 115-113 in front of Joshua’s 66,227-strong home crowd.

Usyk (19-0, 13 KO), 34, hurt Joshua (24-2, 22 KO), 31, in the third and seventh rounds, and nearly finished off the Englishman in the midst of a furious attack late in the 12th round. Joshua failed to seriously threaten Usyk, who was more elusive and quicker to the punch.

Joshua is expected to want a rematch and his loss to Usyk ends his hopes of fighting Tyson Fury (30-0, 21 KO) of Great Britain for all four heavyweight titles in the future. WBC champion Fury defends his title in a third fight against American Deontay Wilder (42-1, 41 KO) on October 9 in Las Vegas, and the winner of that bout could pursue a clash with Usyk, who won the titles in only his third fight at heavyweight after unifying all four world cruiserweight titles in 2018.

Three of the four world heavyweight belts are now back in Ukrainian hands thanks to Usyk’s success, after brothers Vitali (45-2, 41 KO) and Wladimir Klitschko ruled the division as champions from 2004 to 2015. Vitali was present at ringside in London to enjoy the moment.

The mandatory challenger for Joshua’s WBO belt, Usyk became the third boxer to win world titles at cruiserweight and heavyweight, following David Haye (England) and Evander Holyfield (United States). Prior to the fight he was ranked as ESPN’s No. 4 heavyweight boxer.

England once again proved to be a happy hunting ground for the Ukrainian, this being his third win in the United Kingdom, in addition to his Olympic gold medal won in London 2012.

“The fight went exactly the way I expected it to go,” Usyk said in a post-fight media interview. “There were times when Anthony pushed me hard, but nothing special. I had no objective to knock him out. My corner pushed me not to do that. You didn’t see the best Usyk. I can be much better.”

Joshua weighed in at 240 pounds, 19 pounds more than Usyk, who weighed a career-heaviest 221 pounds. Joshua enjoyed a three-inch height and a four-inch reach advantage, only to be overcome by Usyk’s fleet-footed movement, intelligent boxing skills and courage.

A tense Joshua allowed Usyk to score with a few shots in the initial two rounds and Usyk staggered Joshua with a sweeping left hand in the third. Joshua responded with a couple of stiff rights in the fourth and fifth rounds with both boxers landing successful jabs. Usyk came on in the seventh round, almost flooring Joshua with a left to the jaw. The Englishman came back with an aggressive eighth round, landing a right uppercut. Usyk proved too elusive in the ninth.

Both boxers had cuts around their right eyes by the 10th round and Usyk landed several sharp punches early in the 11th, setting up a most critical final round. Usyk started full of energy and hunger, bouncing two left hands off Joshua’s head. Joshua pressed on, but could not muster up the punches to hurt his opponent. The challenger proved busier and bolder, finishing off the champion with a barrage of hooks that left Joshua slumped on the ropes, rescued only by the final bell. If the fight had continued, Joshua looked like he would have been knocked out.

Additionally, Usyk won the International Boxing Organization heavyweight title, but the IBO title is seen as a minor world title, as compared to the major titles of the WBA, WBC, IBF and WBO.