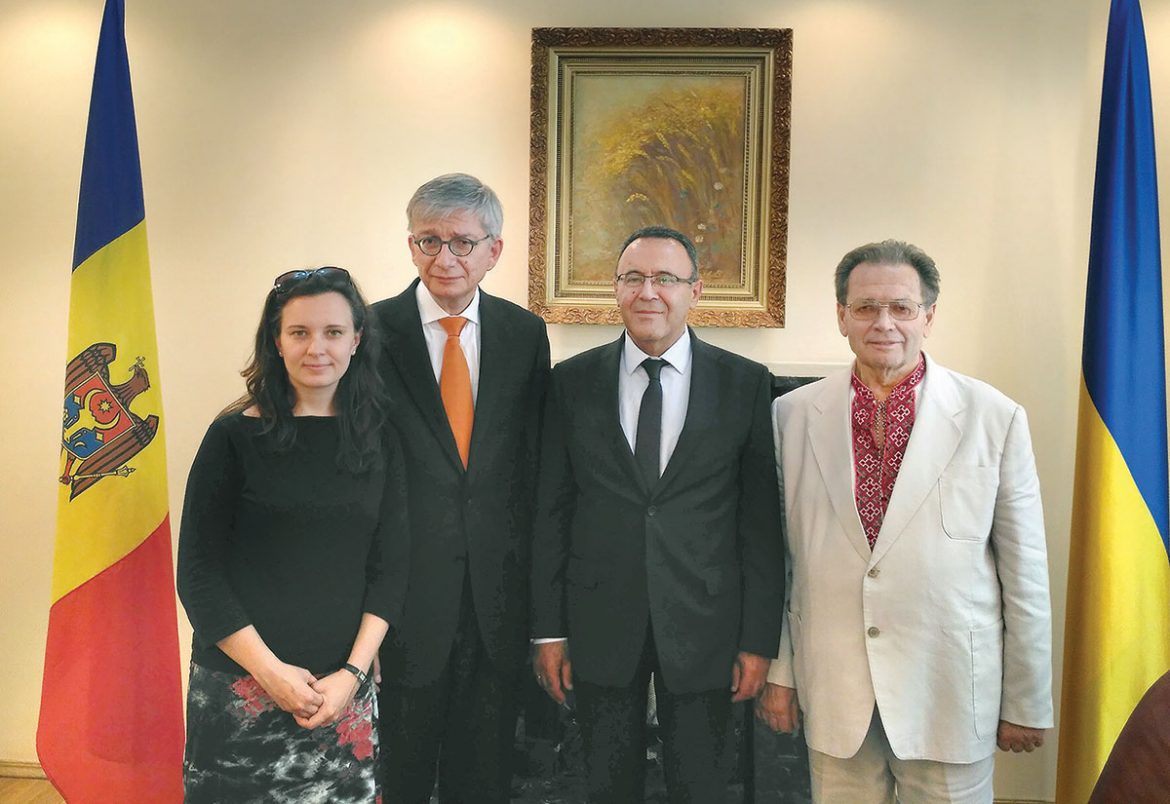 TORONTO – Ukrainian World Congress President Eugene Czolij traveled on September 3-4, on the invitation of the Society of Ukrainian Culture in Moldova, on a working visit to Chisinau.

During his meetings in the Moldovan capital, the UWC president expressed gratitude to Moldova’s governing authorities for their support of Ukraine, primarily on the restoration and preservation of its territorial integrity, and called for them to continue such support of Ukraine.

Mr. Czolij particularly thanked Moldova for co-authoring U.N. General Assembly Resolution 68/262 on “Territorial integrity of Ukraine,” which was adopted on March 27, 2014. He also cited the participation of Moldovan armed forces in the military parade marking the 26th anniversary of Ukraine’s independence in Kyiv on August 24.

Mr. Czolij raised the issue of establishing parliamentary quotas for representatives of the Ukrainian minority in the Moldovan Parliament, highlighting the fact that the Ukrainian community is the largest ethnocultural group in Moldova.

The UWC president discussed providing the Ukrainian community with facilities for organizing cultural-educational and thematic events within the scope of the Bureau of Inter-Ethnic Relations of Moldova, and granting the necessary authorization that would enable the construction of a Ukrainian Greek-Catholic church in Moldova.

In addition, he called on the Parliament of Moldova to ratify the European Charter for Regional or Minority Languages of the Council of Europe, and to further the development of Ukrainian-language mass media and the network of Ukrainian schools in Moldova with intensive Ukrainian language instruction. 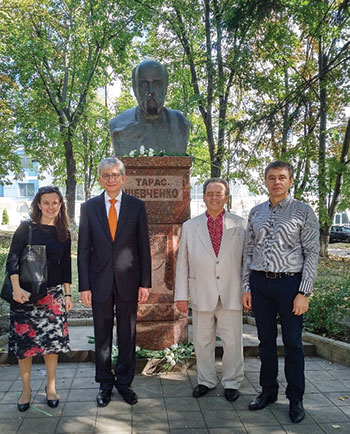 At the Taras Shevchenko monument in Chisinau, Moldova (from left) are: Maryna Iaroshevych, Eugene Czolij, Oleksandr Maystrenko and Stanislav Bryzhatiuk.

In the framework of his visit, Mr. Czolij met with the Ukrainian community in Chisinau, attended divine liturgy at the Ukrainian Greek-Catholic Parish of the Ascension of the Blessed Virgin, visited Taras Shevchenko High School, and participated in wreath-laying ceremonies at the monuments to the famed Ukrainian poet Taras Shevchenko (1814-1864) and Stefan cel Mare, ruler of Moldavia in 1457-1504.

During his meetings, the UWC president was accompanied by the president of the Society of Ukrainian Culture in Moldova, Oleksandr Maystrenko; an adviser to the Embassy of Ukraine in the Republic of Moldova, Volodymyr Boyechko; and the director of the UWC Mission to International Organizations in Brussels, Maryna Iaroshevych.