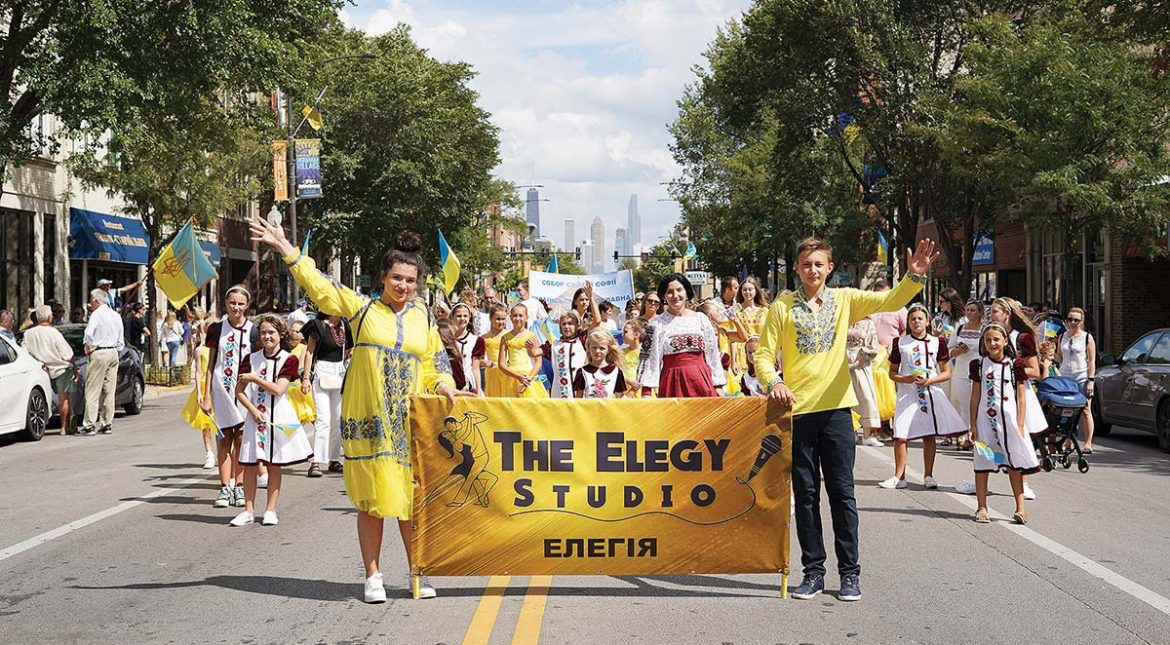 Members of the dance and vocal group Elegy marched in the parade along Chicago Avenue on August 29.

CHICAGO – The last weekend of August was filled with celebration here as the Ukrainian community marked the 30th anniversary of Ukraine’s renewed independence.

The festivities began on August 27 with the raising of the Ukrainian flag in Chicago’s Daley Plaza by members of Post 32 of the Ukrainian American Veterans. The flag was raised alongside the flags of the United States and the city of Chicago.

The program, arranged by Oksana Chuyko, was organized by members of the Ukrainian Congress Committee of America-Illinois Division (UCCA-Ill.) and the Consulate General of Ukraine in Chicago. 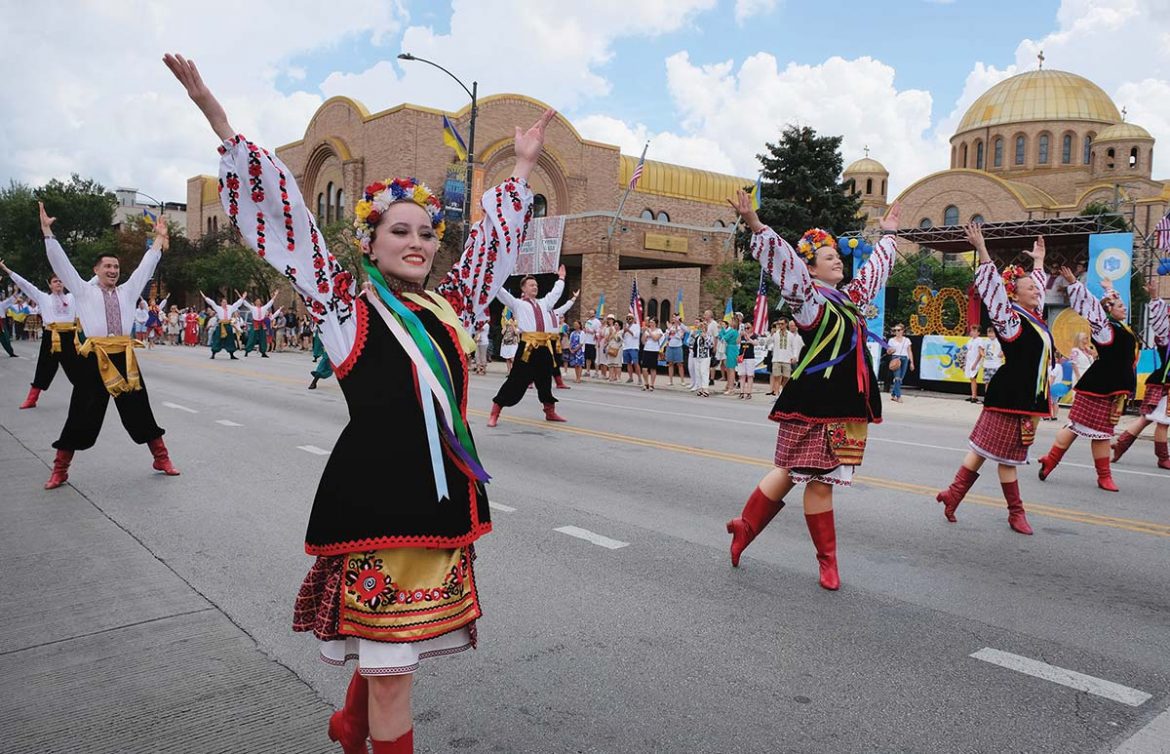 Members of the Hromovytsia Dance Ensemble of Chicago perform during a parade on August 29 to mark the 30th anniversary of Ukraine’s renewed independence.

The Ukrainian community of Chicago welcomed honored guests from Dnipro, Ukraine, among them Mayor Borys Filatov, Director of the Department of Economics and Investment Policy Natalia Chernishova and Secretary of the City Council Sanzhara Oleksandr. Pavlo Bandriwsky served as master of ceremonies for the celebration.

On August 29, 67 Ukrainian community civic organizations, as well as 17 churches/parishes, members of the Chicago Association of Crimean Tatars, Belarusians in Chicago and members of the Polish community came together to participate in the first Ukrainian parade along Chicago Avenue.

Following the parade, Serhiy (Foma) Fomenko and Olha Tsventarna concluded the weekend celebrations with a selection of Ukrainian melodies.  Marta Farion and Anatolii Konovaliuk served as masters of ceremonies for the parade.

On August 28, in collaboration with the Consulate General of Ukraine in Chicago, members of St. Andrew Ukrainian Orthodox Cathedral in Bloomingdale, Ill., hosted a gala concert and an ecumenical prayer of thanksgiving for the 30th anniversary of Ukraine’s independence.

Members of UCCA-Ill. also expressed their gratitude to all of the events’ sponsors, as well as to the celebrations’ main sponsors: Selfreliance Federal Credit Union, Heritage Foundation and DVL Express.