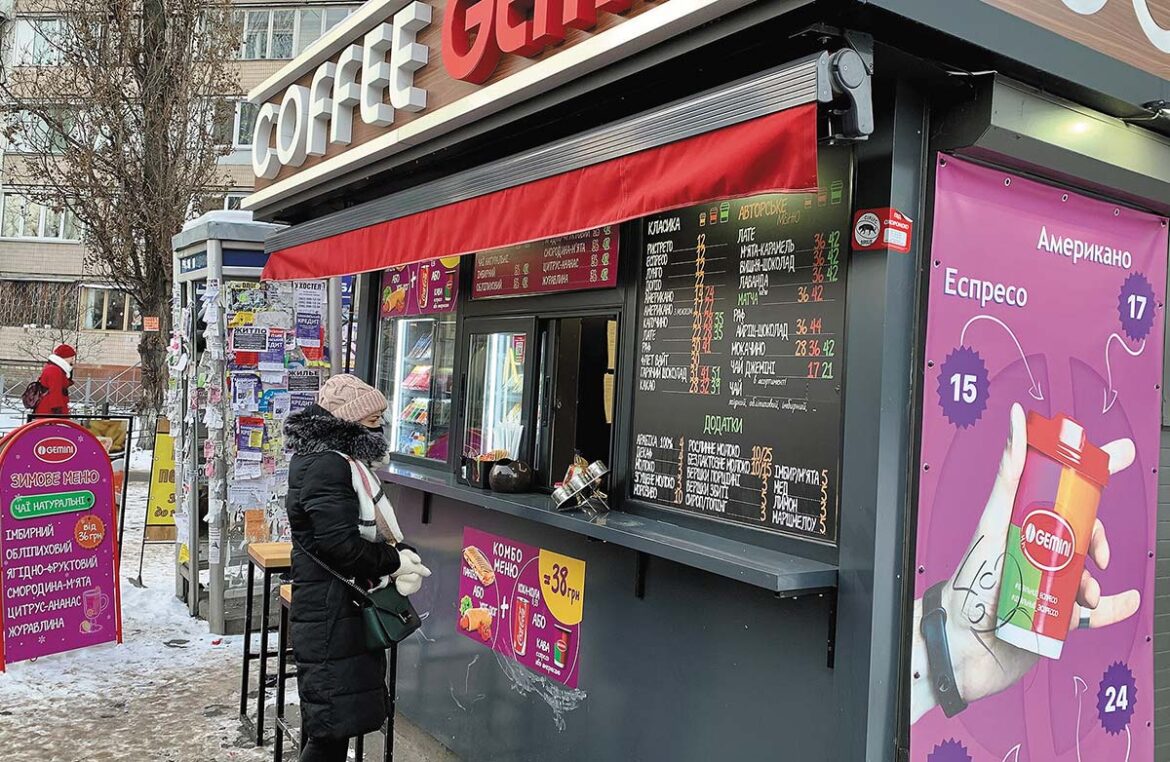 A woman ordering a beverage at a coffee stand in Kyiv on January 20.

KYIV – Starting on January 16, a provision in Ukraine’s language law went into force that stipulates all public service providers must first address their customers in Ukrainian and they must provide information for customers while browsing or shopping in the state language.

Aside from commercial transactions, the provision also applies to educational, medical and social services, the office of the language ombudsman’s website says. At the customer’s request, service may be provided in another language, such as Russian or English, if it is mutually acceptable to both parties.

Fines for violating the law range from 5,100 hryvnias to 6,800 hryvnias ($182-$243), Taras Kremin, the commissioner for protecting the state language, told The Ukrainian Weekly.

“Fines are levied if two such violations are recorded during the year [at the same business],” he said.

Secretariat of the Commissioner for the Protection of the State Language

After the first violation, recommendations are sent to the business for compliance, Mr. Kremin added, comparing the two-step process to “receiving a yellow and then a red card in soccer.” This includes labels, signage and product information, and it applies to online stores as well.

The language ombudsman described the provision as another action taken to protect the country’s Ukrainian-language speakers.  It is a step “toward gentle Ukrainianiz­ation…and a reversal of Russification in the 20th century – it’s about stabilizing the situation and restoring the Ukrainian language,” Mr. Kremin said.

More than 200 complaints have been filed with Mr. Kremin’s office as of January 20, he noted. Only verifiable incidents substantiated by pictures, audio or video recordings are investigated by his staff of 34 employees.

Business owners had nearly two years to prepare for the implementation of the language law provision. The law “on ensuring the functioning of the Ukrainian language as the state language” was adopted in April 2019 and most of its provisions took effect in July 2020, stated Maksym Kostetskyi, an attorney at the Ukrainian National Bar Association.

He said the law “is about repairing all the damage that was done to the Ukrainian language over the centuries, starting with Russification at the end of the 17th century” when the Kozak Hetmanate state allied itself with Tsarist Russia.

For many, the status of the Ukrainian language has often been associated with the nation’s struggle for statehood against the backdrop of Russian or Polish domination. While “Polonization” was practiced in what is now the western parts of the country in the pre-World War II period, Tsarist and then Soviet policies often banned its instruction or suppressed its use in various forms in the remaining part of the country.

Over nearly 30 years of post-Soviet independence, people have found it difficult to get even the most basic services in Ukrainian, including labeling and instructions on various products, among them durable goods, menus in Ukrainian and personnel services.

Even before the law was passed two years ago, people, such as activist Sviatoslav  Litynskyi from Lviv, sued companies and business owners for not labeling household appliances in Ukrainian, and for not receiving bank receipts in Ukrainian, for example.

Mr. Litynskyi boasted of being the first Ukrainian to receive an internal passport – the equivalent of an identification card – without Russian translations on any page of the document.

“It’s funny, ironic…even silly that Ukrainians didn’t have the possibility to be served in Ukrainian [for 30 years,],” Mr. Kostetskyi, the lawyer, told The Ukrainian Weekly. “There were no legal instruments to make it compulsory for service to be provided in Ukrainian.”

The attorney added that “I hope in a decade we won’t need this [law] since nobody will think about Ukrainian-language service because it will be provided by default.”

The Ukrainian Weekly monitored three Ukrainian television channels owned by either pro-Russian lawmakers or businessmen on the day the legal provision became law. Inter TV’s main theme of reporting described it as “forced Ukrainianization” on its evening news program.

Viktor Medvedchuk, perhaps the nation’s most visible pro-Kremlin member of Parliament, characterized the law as the ongoing oppression of Russian-language citizens.

In an article published on the website of the Opposition Platform-For Life political party, of which he is a member, Mr. Medvedchuk said on January 15 that, “in Ukraine, the rights of both individual Russian-speaking citizens and entire communities are grossly violated.”

He furthermore called the provision that stipulates customers must first be addressed in Ukrainian as “repressive.” 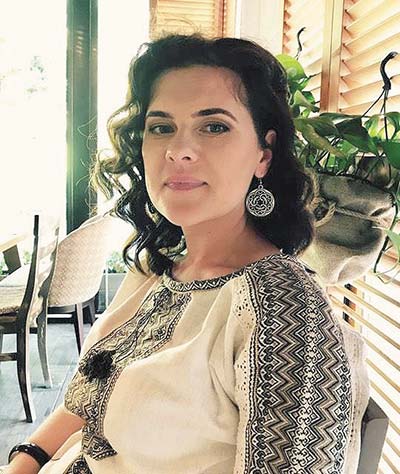 Oksana Levkova, the head of Ne Bud Baiduzhym (Don’t be Indifferent), a 15-year-old non-profit organization that promotes the Ukrainian language and the country’s history, told The Weekly that it’s “one thing to pass the law, and the other part is to enforce it in practice.”

Given the lean staff at the language ombudsman’s office, Ms. Levkova said at least the law arms “civic activists with legislation as any post-colonial nation does – this is a natural phenomenon.”

Asked to comment on the law’s critics and detractors, Ms. Levkova, who was raised in Russia in a military family, said that “every country has the right to protect its language…and it’s really absurd that after [nearly] 30 years of independence we need a law to obtain service in Ukrainian.”

Mr. Kremin, the language ombudsman, called any counterarguments about the law “manipulation.”

“The law is about protecting Ukrainian speakers and for them to obtain quality service; the same goes with education and in health care, as well as receiving legal assistance,” Mr. Kremin said.