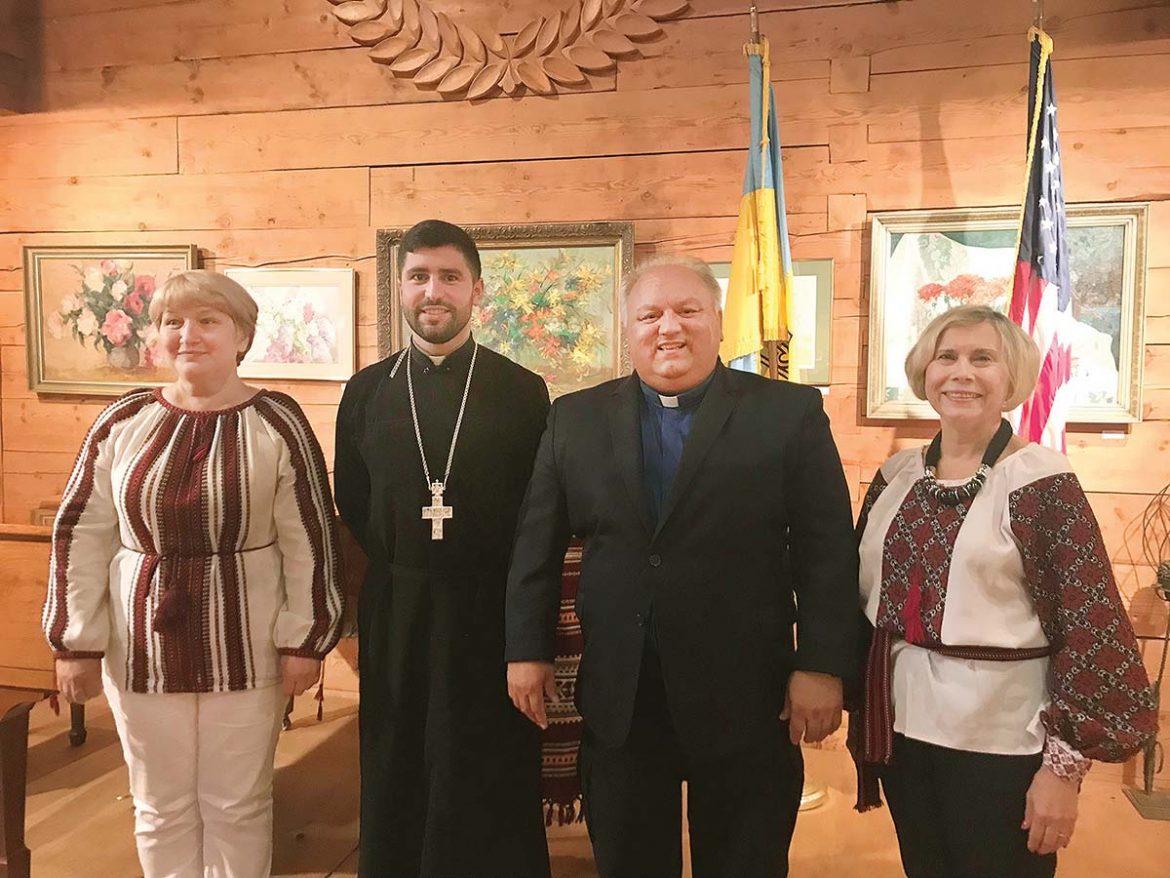 In the first event, Tina Peresunko, a Fulbright Scholar from Ukraine who is conducting research in the United States on the history of the Ukrainian Republican Capella (later known as the Ukrainian National Chorus), discussed the organization, cultural diplomacy and the group’s international tours of 1919-1924. 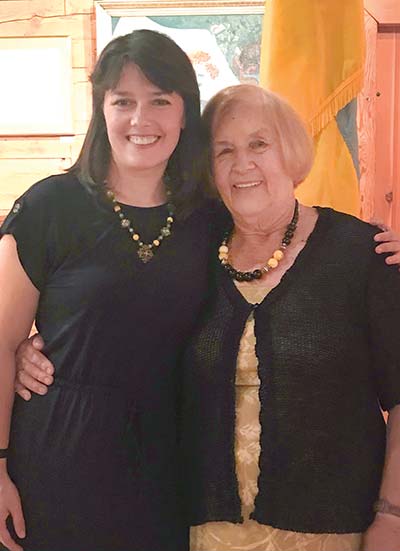 Symon Petliura, who led the Ukrainian Army and served as president of the Ukrainian National Republic from 1918-1921, conceived of and funded the chorus in January 1919 for the purpose of disseminating to an international public the understanding that the Ukrainian National Republic was an independent state and nationality separate from that of Russia and Russians, a commonly held misconception of that time. Petliura selected renowned choral conductor Oleksander Kosytch to direct the chorus, which toured 10 countries in Europe as well as the United States, Canada and several countries in South America from 1919-1924, all to great acclaim.

The signature performance piece of the capella became the Ukrainian Christmas carol “Shchedryk,” which was composed in 1916 by Mykola Leontovych, and which introduced the beauty of Ukraine’s musical heritage to international audiences. The song later became “Carol of the Bells” when Peter Wilhovsky wrote the English lyrics in 1936.

Ms. Peresunko captivated the audience with excerpts from the chorus’s original recordings and the group’s memorabilia during a slide presentation on August 21.

In the second event, members of the Ukrainian community and guests gathered on August 29 for a formal commemoration that marked the 30th anniversary of Ukraine’s renewed independence.

Irene Sawchyn Doll, who served as emcee of the event, invited Father Ostap Mykychyn to open the program with a prayer for the people of Ukraine.

Ms. Sawchyn presented a short history of the momentous events in 1991 that led to the proclamation of Ukrainian independence, focusing on the five days from August 19, 1991, when a failed coup attempt in Moscow against the ruling administration of the USSR ultimately led to the extraordinary outcome of Ukraine’s declaration of independence on August 24, 1991.

Vira Pawlyshyn of Queens, N.Y., gave an emotional reading of the 93 words of the Act of Declaration of Independence of Ukraine that was issued on that day to an astonished world. 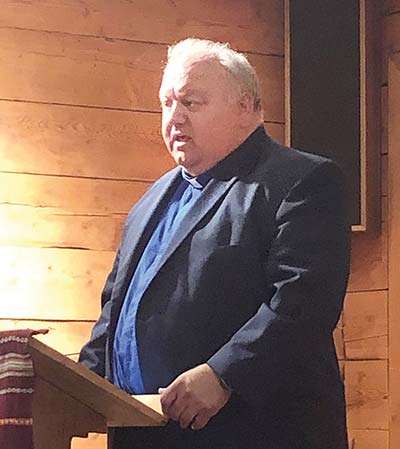 The keynote speaker for the program was the Rev. Dr. Ivan Kaszczak, pastor of St. John the Baptist Ukrainian Catholic Church (UCC) in Jewett, N.Y., as well as Holy Trinity UCC in Kerhonkson, N.Y.

Ms. Sawchyn introduced Father Kaszczak and his extensive accomplishments; he is a pedagogue, historian, U.S. Air Force lieutenant colonel and chaplain (retired) and author of five books and many monographs on the history of the Ukrainian Catholic Church in the United States and Canada.

In his presentation, titled “Metropolitan Sheptytsky and Independent Ukraine: Reflections,” Father Kaszczak noted that freedom is deeply rooted in the human soul; every nation and every person wants to live by one’s own will, he said.

The subject of Father Kaszczak’s presentation, Metropolitan Andrey Sheptytsky, had to overcome skepticism and distrust of his intentions to support Ukrainian independence because of his early Polish upbringing, even though he reverted to his Ukrainian ancestral heritage by pursuing his priestly vocation in the UCC. He worked for Ukraine throughout the first half of the 20th century by creating a balance between those who would not let anything stand in the way of Ukrainian independence and his own Christian principles of the value of human life.

One of the metropolitan’s most forward-looking contributions to Ukrainian national consciousness was the expansion of the Ukrainian Catholic Church in the United States and Canada, despite resistance from the Roman Catholic Church. Concurrently he developed a highly educated Ukrainian Catholic clergy in Ukraine which supported the Ukrainian people throughout years of persecution and oppression. Metropolitan Sheptytsky’s legacy can be found in the students he trained to be leaders in the fight for Ukrainian independence.  Among them were Patriarch Myroslav Lubachivsky, Prof. Wasyl Lencyk, and current Metropolitan Archbishop Borys Gudziak.

Father Kaszczak’s talk was warmly received, and it was followed by a lively question and answer session.

Vera Pawlyshyn, who has performed in previous programs at Grazhda, delighted the audience with a masterful recitation of two poems written by Ukrainian poet laureate Lina Kostenko.

The program concluded with the audience singing “O, Ukraino” and “Bozhe Velyky.” The latter song ended with a powerful rendition of “Mnohaya Lita” (many years), which was sung to wish independent Ukraine many more bountiful years of freedom.